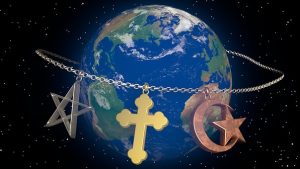 Yin says: Welcome to the scrum Wan Nor!
I was wondering how far Malays would go in wanting changes. The many bloggers who appear on the net regularly talk about corruption, transparency, good governance and everything that ails our country except race – more precisely Ketuanan Melayu.  Even a so called “enlightened” group, G25, has never openly and categorically denounced racism Malaysian style; much less renounced it!
Most of them benefited from it and are unwilling to bite the hand that fed them.

The root causes of our problems

Wan Nor is one of the rare few who is prepared to “burn her I.C.”
On my part I have long since refused to fill in “race” and “religion” on any forms – a small protest.
Race and religion are the root causes of much of our problems today. Tackling the other problems (corruption etc) is merely papering over the cracks while what we need is to break down the (racist) wall.
To this end it is utterly disappointing that Pakatan Harapan (PH) has decided to crown former prime minister, Dr. Mahathir Mohamad the new MO1 (should PH win). Mahathir, the person who has done more than anyone else to entrench Ketuanan Melayu. And who even now subscribes to racial policies – Parti Pribumi Bersatu Malaysia (PPBM) is UMNO by another name. Any hope of finally tackling race/religion which divides us is dashed.
It is utterly shameful that the bearer of the ‘Malaysian Malaysia’ torch  (DAP) for decades has decided to douse it for more immediate gratification.
A PH victory in GE14 will only be a false dawn, a respite from Najib Abdul Razak/UMNO, before race and religion get up to bite us again!
I wonder how many in PKR, Amanah are prepared to shed race/religion? Since they have picked a racist as their leader, I doubt any!
Wan Nor, I am afraid you will have to plough a lonely farrow for now. But thanks all the same.