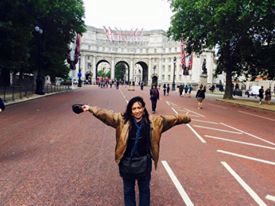 If you are undecided about joining the march, please read my reasons for joining the Bersih 4 rally.

I am joining the Bersih 4 rally for one reason only. Malaysia. For the love of my country.

It does not need much thinking, to decide whether or not, to join the nearest Bersih 4 rally.

The people are fed up. I am fed up. This country is on its last legs, all because a few selfish, self-serving and greedy people, refuse to let go of the power they have stolen. They do not care for the rakyat.

I am joining Bersih, because I am angry that one man can hijack the nation.

I am joining Bersih because I am horrified that a former PM wants Najib Abdul Razak removed, but still wants to retain Umno-Baru. If Najib were removed, the problems, which beset this nation, will still continue. A cancer cannot be cured with paracetamol.

I am joining Bersih because I am furious that the Umno-Baru politicians see nothing wrong with a donation, given by a foreigner, being used to keep their party in power.

I am not marching just because of the months of relentless news about 1MDB.

I am not marching just because one man said he received a RM2.6 billion donation.

I am not marching just because one man has refurbished one government jet for his use, when I have to scrimp and save to travel on MAS.

In addition to all these reasons, I am marching because I have seen the steady decline of a rich country, which once, was great.

I am aware that corruption didn’t happen overnight. Before the age of the internet, the Malaysian rakyat had the wool pulled over their eyes. We endured decades of abuse of power, of corruption and of injustice. We have seen the rise of cronyism and nepotism.

I am marching in Bersih 4 because of the corruption, which started three decades ago. Some of you are too young to know about Maminco, which led to the decline of my hometown Ipoh. Scores of people, whose lives were directly or indirectly involved in tin, migrated to find work.

I am marching because I remember the Perwaja Steel and the Pergau Dam scandals, the promotion of Proton, at the expense of public transport, the PKFZ debacle, for which no one is held accountable, the fall of MAS, when a former PM supported his crony’s bid to plunge the knife into MAS’ back.

I am marching because of the Bank Bumiputra scandal in the 1980s, when one upright Malay accountant was murdered, in a Hong Kong banana orchard, because he was about to expose more wrongdoings. The people who were responsible are still at large.

I am marching because no one has been punished, for the more recent National Feedlot scandal, in which taxpayers’ money was used to buy luxury condominiums, instead of cows for farmers.

I am marching because I saw the two extreme ends of the social ladder, when I was working in Sarawak; extreme wealth, and abject poverty. Despite informing some close friends, the pengarahs Â in various ministries, nothing was ever done to help the poor.

As a product of a mission school, I enjoy good relations with schoolfriends, of all races, and religions. I will join Bersih because I have seen the destructive effect of racial and religious intolerance.

You may have your reasons for joining Bersih 4, but I know that my parents’ generation were naÃ¯ve about the abuse of power and corruption during their time. I am doing my bit now, to help try to put things right, for the love of King and country.

Bersih 4 is an important event for all of us. It is a day when we will join together, with one voice, for the good of the rakyat.