By Farouk A Peru 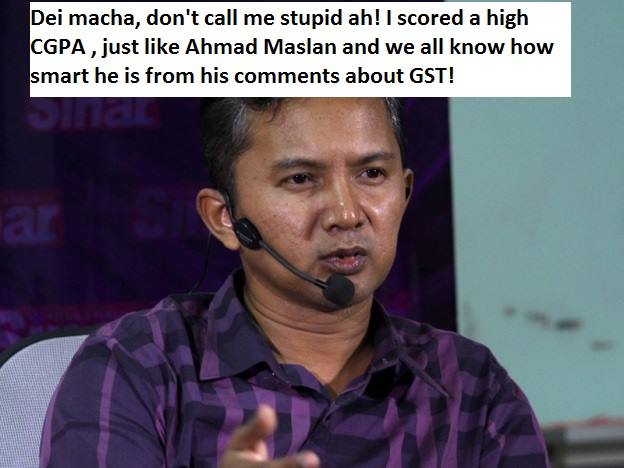 Kamarul Zaman Yusoff is not a happy man. After his facile police report last week against Hannah Yeo, the conscientious Rakyat across racial and religious boundaries spoke out in a united, deafening voice: YOU ARE STUPID!

Unrepentant, Kamarul wrote in Free Malaysia Today that he is absolutely not stupid. He was only recently appointed to lecture at UUM. Before that, he was a director at a political research institute (PAPAN) and used to study at an American University of Bloomington Indiana, where he was an awarded a BA with high grades. Funnily, he did not mention his MA nor his PhD. I wonder why…

When do you call someone stupid?

In this lengthy denial above, Kamarul did not actually address WHY he was called stupid. We did not call him stupid because he was not a high achieving scholar. Rather, the nation called him stupid because he claims that Hannah Yeoh’s biography made him admire her Christian God. Kamarul did not address this point at all in his rebuttal above. As a lecturer, he should know that not addressing the point would earn him an F for FAIL.

So which is your motivation, Kamarul? You are not a stupid man, as you say so it must be one of the three motivations above. Which of these machinations were you trying to pull to fool the Rakyat?