The Sports Minister, Khairy Jamaluddin, should be made to choose between his job as a Minister, or as a celebrity-seeking polo player. He misunderstands his responsibilities as the Sports Minister. He must end his obsession with chasing gold for his polo team, especially when the games preparations, appear to be falling apart.

The polo-addicted Khairy may feel a thrill, when he  receives the adulation of the public and is photographed in exciting chukkas. He is probably thinking about GE-14 and wishes to boost his ego and popularity.

He forgets that his responsibility is to promote sport and teamwork. He should not use the ministry to politicise himself.

We have been given the stewardship of the South East Asia (SEA) Games, this year, and the minister’s main role should be to ensure the smooth organisation of this important sporting event. He cannot do that when his mind is focused on chasing gold.

Focus will be on mistakes instead of our medals

Various organisational cock-ups have heaped shame upon our nation. As we near Merdeka, people will not be talking about our gold tallies, but our failures and the humiliating treatment of our guests.

No-one has been spared from the negligence and ineptitude of the organisers. The sporting public, fans, sportsmen and officials have all suffered. This SEA Games has been beset by bad planning, poor organisation, and a lackadaisical lack of proper procedures, and a shoddy disregard for the simple things, like the flags of other nations. Khairy should have concentrated on the pre-Games meeetings, instead of spending time on the polo field.

The Indonesian flag was flown upside-down and they were highly displeased. One can imagine the reaction if the Malaysian flag had been topsy-turvy. This is a matter of national pride. Some of our more excitable nationalists would be marching towards the Indonesian Embassy, demanding more than just an apology.

The flags of Thailand and Indonesian were mixed-swapped, in a booklet which showed the medal tally for a previous SEA Games. 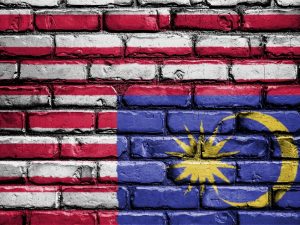 At the synchornised swimming event, organisers flew the Brunei armed forces flag, instead of the national flag.

The SEA Games website did not display much information about the time and venue of the events, but gave a good depiction of the medal tallies. This oversight prevented many people, from attending any event, thus leading to small audiences.

There were allegatsions that a bus driver, engaged to ferry the athletes, did not have a valid driver’s license and had also stolen a watch from an athlete.

Coaches carrying foreign teams were involved in crashes. Venues were not open early enough for the teams to prepare for their events. With poor sign-posting, teams became lost en-route to their venues. Food was not available for some teams. An insufficiant number of tickets was made available for foreign fans. Foreign teams, which checked-in atto one hotel, were told that there were no reservations for them.

There have also been allegations of bias shown by some officials who were judging the competitions. To make matters worse, there were reports of food poisoning, at the hotels housing the athletes.

The communication between the various government departments must be bad. Despite the publicity from previous serious accidents involving bus and lorry driver’s without valid driving licenses, we find that no lessons have been learnt.

Khairy has failed. Despite his Oxford Univeristy credentials, he does not appear to understand the meaning of being professional and efficient.

He should resign and stick to being a polo player. That way he will not embarass and humiliate Malaysia further. 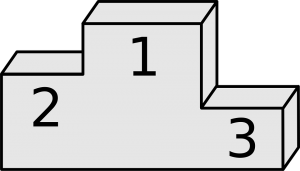