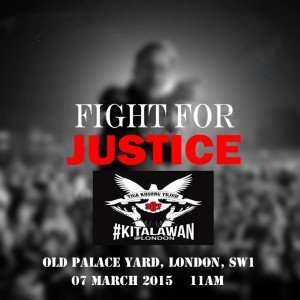 On Saturday 7 March, Malaysians around the world are rallying with KITA LAWAN, in standing up for justice.

Wherever you are, do not be afraid.

Your strength is your love for Malaysia.

Your strength is that you are not alone. You are joining other patriotic Malaysians who want change for the better.

Your strength is that you are doing something to try to eradicate injustice, corruption and the other ills that beset Malaysia.

Opposition Leader Anwar Ibrahim is symbolic. He represents every Malaysian who is being persecuted for political reasons. He is a victim of injustice and a society plagued by corruption.

Anwar was imprisoned because of his determination to fight for the freedoms which were stolen from us. He was not afraid to criticise the government. He sacrificed his freedom for Malaysia and the rakyat.

A set of co-ordinated marches will send a message to the government that the rakyat is angry. They are organised by Malaysians living, working or studying in Australia, Taiwan, New Zealand, England and Malaysia

Let us help one another to restore the integrity of the rule of law in Malaysia.

Below are a few comments from people who have said they will join the 7 March rally in their respective countries.

Janet: “It is my duty to show the world the injustice which the Malaysian government has been trying to hide.”

Umi: “This is my way of demanding reform from our government. They must expect more peaceful marches if they will not listen. We will not give up till we have our reforms.”

Shamsul: “Get rid of injustice before we get rid of you (the government)!”

TK: “We are the defenders of justice and want to fight oppression.”

Ismail: “I am a patriotic Malaysian. That is my reason to take part in the 7 March march!”

Chan:Â  “Iâ€™m marching to secure a better future for my children and my grandchildren.”

The 7 March rally is about you.

The rally is to “fight for justice“, and some people could be a little confused.

The use of the word “fight” means “to stand up for one’s rights“. “Fight for justice” means to “oppose oppression”, “to persevere in our quest for democracy”, to “defend oneself against bullies”

“Fight” in this context, does NOT mean taking up arms to do battle with others. No! We are responsible, law-abiding citizens. We take part in peaceful demonstrations. We use intelligent discourse to fight our case and win our arguments. When two lawyers fight it out in court on behalf of their clients, they use legal arguments, evidence, facts, etc.

In his “fight” against tyranny, Zunar the cartoonist uses a powerful weapon. What is his weapon? His pen! He does not need an AK-47, or a keris to do his “fighting“. The messages from his drawings are razor sharp and do more damage than a knife. The portrayal of his characters hit more targets, than the damage of the spray from a machine gun. So, you see, “fight” does not mean being involved in physical violence.

When I am on a diet and someone gives me a big bowl of Ipoh char kway teow followed by a plate of durians for dessert, I have to fight the urge to eat……. of course I cannot resist the food. Afterwards, I will feel guilty, and then have to fight my inner demons so that I don’t get depressed for breaking my diet!

When you “Fight for Justice”, all you are doing is “to stand up for your rights”.

Dont’ give up! Jangan menyerah kalah!

(Gathering is in front of the Houses of Parliament) 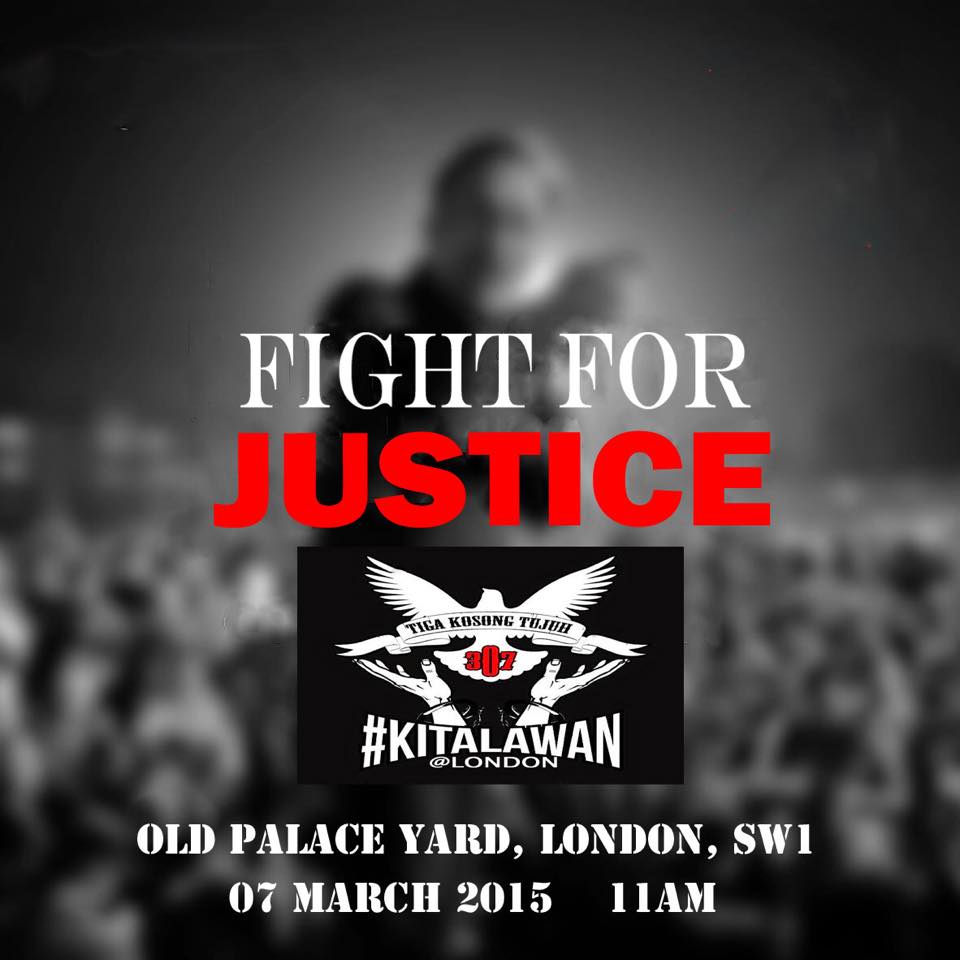