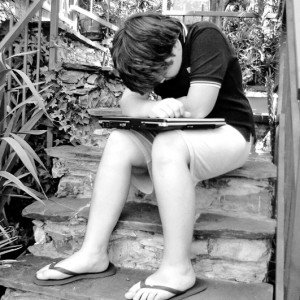 After 57 years of independence, we should be discussing important matters like how to build a stronger society, a better economy, uplift the lives of pensioners, provide more skills for the young, create more jobs, help small-to-medium sized businesses, take back control of justice and improve our health.

Instead, the government wants us to focus on one thing only. Saifulâ€™s bottom.

Donâ€™t we deserve better? This governmentâ€™s obsession with sodomy is flushing Malaysiaâ€™s reputation down the cesspit.

It was reported that a Malaysian sportsman had allegedly failed a random drug test. He is reportedly a leading badminton player. His identity has not been revealed. This is not the only doping scandal. At the end of September 2014, Malaysian athlete Tai Cheau Xuen tested positive for drugs. She won gold in the wushu event at the Asian Games, in South Korea.

The Youth and Sports minister Khairy Jamaluddin (KJ) was displeased. He cited inconsistencies in the sampling methods and storage of the urine samples. He was adamant that â€œ…every athlete deserves a fair and impartial treatment.â€

During the Anwar sodomy trials, there have been endless revelations about the collection of the samples, how they were tampered with, mishandled and incorrectly stored. Yet, KJ remained silent.

KJ, you have just failed your integrity test!

Under civil law, sexual intercourse with a girl under the age of 16 is a crime, whether or not she consents. Section 376 of the Penal Code criminalises sex with a minor as statutory rape.

Under Malaysian syariah law, a Muslim girl below 16 is allowed to marry, with the consent of the Shariah Court.

Last May, a father pocketed RM5,000 from his daughterâ€™s rapist. In return, he allowed the rapist to marry his daughter, to escape jail. The child was only 12-and-half-years old.

This is the quality of MP you elected in GE-13. Now Umno-Baru MPs are supporting paedophilia.

If parliament cannot help you, just lock-up your daughters for their own safety!