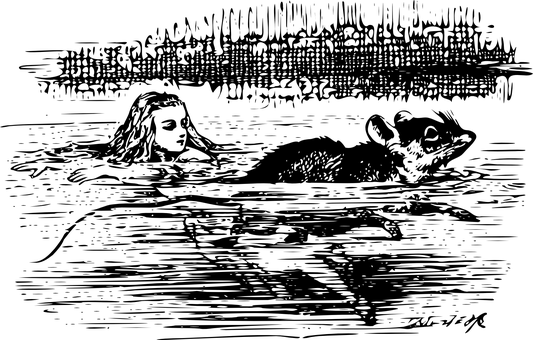 There we have it! The official announcement that  Mohamad Thaqif Amin Mohd Gaddafi died from leptospirosis, a bacterial infection, which is spread by rat’s urine.

Thaqif’s mother, Felda Wani Ahmad has dismissed the findings. She said that if this were the case, why did the hospital not say that Thaqif had the disease, soon after his admission.

I am not convinced he died of the rat disease… and what do you say?

Did we wait all this time, whilst some people did a lot of research, to see if they could find a disease that fits the symptoms which Thaqif suffered from – changes in the skin colour, blood clots, internal bleeding.

The longer they waited, the more speculation grew about a cover-up.

Now, we will be trying to find out where he contracted leptospirosis, and we will ignore the fact that he was beaten.

So where did he get this rat disease. At his school?

At his home? He was taken home when he complained of being beaten.

After making the late 11-year-old’s parents wait an eye-wateringly long 10 weeks for the post mortem results, the Director General of the Health Ministry, Dr Noor Hisham Abdullah, broke the news that Thaqif had died from leptospirosis. Not from the result of the beating.

Thaqif had been beaten on the soles of his feet, and he died after his legs had been amputated. Beatings on the soles of the feet contravenes the United Nations convention on torture. Why are our religious schools allowed to break the law?

Dr Noor Hisham acted with extreme insensitivity, because he broke the results of the post mortem to a pack of reporters. Why did he not tell Thaqif’s parents first. Their little boy had died.

Where is the compassion? Why the lack of courtesy and human decency?

When Thaqif’s body was exhumed, the authorities did not bother to tell the parents the exact date of when it would take place. How cruel can they get?

There have been previous cases of severe beatings in religious schools but the authorities appear not to take action against any religious teacher. Why?

These beatings should have been a wake-up call for the Ministry of Education (MOE) to tighten-up procedures, vet the schools, and issue guidelines, to all private and government run religious schools. This is the least they should have done, but they did not!

They could have banned private schools and only allowed government run religious schools. They did not and that is why the MOE’s position, now, is untenable.

After Thaqif’s death, the minister said that procedures would be tightened, but in the years since the previous beatings, what has the MOE done? The MOE has  failed the children.

If we keep silent now, we are also responsible for all the deaths of the children in religious schools.

The MOE said that JAKIM will be in charge of the tahfiz schools. We have heard nothing from them.

Will they now demand a bigger budget than the RM1 billion they currently receive?

Remember, religion is not just big business, because the ulamas and muftis help to prop-up corrupt leaders in a dictatorial regime. The religious schools will become part of the backbone of their powerbase.

Speak out, before there are more deaths!