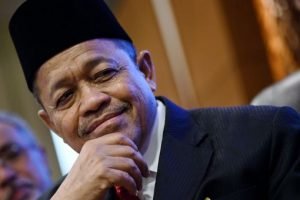 I refer to the news report that Datuk Seri Shahidan Kassim, a former Government Minister who was facing molest charges against a 15-year-old girl  received a discharge, not amounting to an acquittal, because the complainant refused to be questioned further (the Sun 25th April 2019).

Despite asking the girl to testify in camera, the whole court setting can be a harrowing experience for a minor. Other countries, whose child protection laws are more advanced would sought to make facilities available in exceptional cases, where expert Police and professional social workers may video-record investigative interviews for submission to the court or, in cases where testifying is necessary, the procedure may involve closed circuit TV or via a one-way screen from another room.

This is a glaring case of possible injustice at best and a perpetrator getting off ‘scot-free’ at worse, whereby the court setting, with its organisational and procedural constraints were such that normal evidence submission process in a court of law is utterly inappropriate for child/minor witnesses. I believe that prior to the formal charge and court hearing, this case involving a high profile public figure was rumoured to involve allegations of witness contact and the possibility of the complainant’s family being coerced.

In the instance of criminal proceedings in child protection case cases and despite testifying in camera, the complainant, often the victim, already under enormous pressure to continue with her evidence, can be intimidated by the presence of the accused and other adults.

Growing awareness of child abuse and the need for safeguarding of vulnerable must be accompanied by sensible changes to protocols and procedures to ensure that justice is served which in this case, a minor.  In this case, the shortcomings outlined above may have made the whole ordeal very traumatic for the girl and her family, resulting in a greater loss than a gain. In the longer term, there may be local community repercussions making it unbearable for the family.

Finally, the courts or the justice system must always proceed with objectivity and fairness and of course there will be always challenging issues, in ensuring the balance between the rights of the accused against the protection of children but ultimately as in this case, minors likewise children as well are reliable witnesses, not as traditionally being regarded as unreliable.

Jim Lim is a former Director of Social Services in a London Borough and a former CEO of a charity.