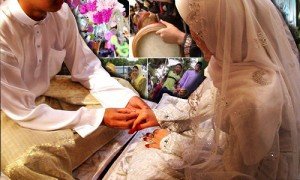 There are many Malay women with aspiration and drive, but not everyone can fulfill their ambition.

Showing its concern about the high divorce rates among Muslims, PAS said that a woman should stay at home, to provide a conducive atmosphere for marriage and family life.

PAS said nothing about the husbandâ€™s role to sustain the marriage.

Read the struggles of four women, who spoke without bitterness, about their lives and marriages.

The 60-year-old, whom we shall call Azian, had formal education until Year Six, and said, â€œAfter my mother died, my father remarried and his new wife did not like me or my sister. Father sent us to live with our relatives in the kampung. An allowance took care of our basic needs, but there was insufficient money for formal schooling.

â€œOne day, my father came for a visit. We thought he had come to take my sister and me back to stay with him, in town. I thought we would be a family, again. Instead, he said that he had found me a husband.

â€œI was filled with dread that on my wedding day, I would lose my sister and my childhood.â€

At one point, she turned away and wiped a tear from her cheek and quietly said, â€œMy ambition was to become a teacher.â€

Azian would have been a good teacher. She could explain complex things in a way that was easy to understand. She was funny and a good motivator. She was firm, but understanding.

Being deprived of education was the driving force to put her sons and her only daughter through university. She said, â€œIt was a loveless marriage, and I wonder if he blamed me for the arranged marriage. Every spare cent, I put aside for the childrenâ€™s education. I am glad for them.â€

Norma was a university graduate who gave up her job to start a family. Having lived apart from her husband for the past twenty years, she said, â€œI did not know about the other woman, until some close friends said that he had been attending various functions with her. That had been going on for a few years. It was humiliating.

â€œHe didnâ€™t divorce me, but friends in the religious department advised me to force him to provide for me and the children.

â€œToday, the woman who â€˜stoleâ€™ my husband is livid. She discovered that he has another girlfriend, who is about half her age. Sweet irony!â€

Sitiâ€™s mother was fussy about whom she dated, and only approved people of a certain social standing. Sitiâ€™s life was never the same again after she discovered lipstick stains on her husbandâ€™s collar. When confronted, he blurted, â€œAn office colleague played a prank on me. Donâ€™t worry.â€

Weeks later, she emptied his trouser pockets before sending them to be laundered, and found credit card receipts for dinner at the Mandarin Oriental, and the purchase of dresses and accessories from a boutique.

His response was, â€œIf you question me again, I will divorce you. Do you understand? Is that what you want? A divorce?â€

That was not the first, nor last time, she would find other â€˜evidenceâ€™. The house was hers, a wedding present from her wealthy parents and her bank balance was healthy. Her father made sure of that.

She planned to start life afresh, but at the last minute, her father summoned her and said, â€œIn our family, no one goes through a divorce.â€

She did have a choice, but listened to her father, who said, â€œThink about the shame you will bring upon this family.â€

Diana was an intelligent girl, always top in class, active in girl scouts, and like many Malay girls of her ilk, she had a strict upbringing. At UiTM, she â€˜discoveredâ€™ boys, and from then on, it was downhill all the way.

She dropped out of college, enrolled in another, but could not complete her assignments, skipped classes and was sent down. She met a man, at a kelab malam (nightclub), who proposed after three months of friendship. Her parents were initially hesitant, but agreed to the marriage, hoping that she would finally settle down.

Four years and three children later, her husband had given her a sexually transmitted disease (STD), had been unfaithful and remarried on the quiet, in southern Thailand. He had also fathered a child and emptied her bank account, money which she had saved by running a successful child-minding service.

She said, â€œI cannot return home, because my mother would say, â€˜I told you soâ€™.

â€œI have failed my parents. They wanted me to be a lawyer, but when I had my first taste of freedom, whilst living away from home, I lost control.

Is it still the women’s fault?

These four women were stay-at-home mums. They successfully raised their children and gave them an education.

They tried to be good wives, but their husbands failed them, and took advantage of them.

PAS said nothing about husbands who fail to sustain healthy marriages.