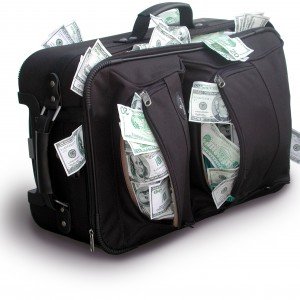 Today, some members of the rakyat hail former PM Mahathir Mohamad as a “hero”.

Why? Because he has taken the baton and now speaks on our behalf about 1MDB and Altantuya and other issues.

If you care to think……where was Mahathir’s voice for the past 13 years, since he stopped being PM?What about the decades of corruption during his tenure?

Many of the issues which he talks about, did not crop up overnight. He became vocal only at the end of 2014.

By contrast, his nemesis, Anwar Ibrahim, whom Najib Abdul Razak has successfully silenced and is now languishing in a Sungei Buloh prison, highlighted to the Malaysian public, the perils of 1MDB from as early as 2010.

WHy did Mahathir not add his voice to Anwar’s, then? WHy only now? It is alleged that those who are dearest and nearest to Mahathir are suffering from a drop of income from foreign investment, and this has compelled him to become vocal.

Yes. foreign investors prefer our neighbours. It is time we stopped being kampung or parochial in our outlook and think more, in regional or global terms….. and try to connect what happens around us, to our own predicament.

Mahathir was right when he said, “Melayu mudah lupa”. Actually, he should have said, “Malaysians mudah lupa.”

Today, we hail him a hero. Have you forgotten the scandals, which he successfully covered-up, during his tenure? All those people who were betrayed? All those AP permits, the heavy industries, the secret deals (eg Pergau dam), the white elephants, the lives which were lost, the missed opporunities, the racism, the decaleration that Malaysia is an Islamic state, the ban on the several words like Allah, and the thing that sealed our fate – compromising our once respected judiciary? If you are too young to remember what he did, then read up or ask others who know.

Malaysia is too precious to all of us to allow another tyrant to take over. Look at how Mahathir’s legacy has allowed others to cling on to power…..

THe article below was written in the run-up to the 2013 Umno-baru General assembly. It was applicable then as it is applicable now.

Towards the end of last month, Mahathir delivered a salvo of contradictory and hypocritical statements. He said the young needed to be disciplined and that they had no sense of shame. It is a stark contrast to his usual message, which he first delivered to the Malays in the 70s.

The change of tune has much to do with the entry of his son, Datuk Seri Mukhriz Mahathir into the race for one of the three vice-presidential seats in Umno-Baru. Mahathirâ€™s new role is the chief lobbyist for Mukhriz.

The Malays bought Mahathirâ€™s story, but today, when the country is facing a total breakdown of its economy, its ability to attract foreign investment, its social cohesion, its security along with a decline in morality and values, Mahathir chides them for having no sense of shame or guilt.

Mahathir sees himself as the Malay saviour, and his son as the second messiah. He fears that if he is unable to push Mukhriz into the limelight, he will lose the Mahathir legacy. This will mean the dismantling of the empire which he amassed during his 22 years of power.

Mahathir warned that Umno would die if it kept the stupid and old leaders. He told the party to elect younger leaders who are nationalistic, presumably meaning Mukhriz.

Mahathir accused the present leaders of preventing smarter people from ascending through the party, and said that they should not overstay their welcome. He ignored the fact that he had steadfastly clung to power for 22 years and was not averse to disposing of his deputies.

When the former Communist Party of Malaya (CPM) secretary-general Chin Peng died, Mahathir stressed that Chin Peng had wanted to create a communist state. He dissuaded further debate about Chin Pengâ€™s ashes, for fear that further revelations would show he had reneged on the terms of the Peace Treaty signed in 1989 in Haadyai. He wanted people to think he was instrumental in achieving peace.

It is chilling that Mahathir does not see the comparisons between communism and the current state of affairs in Malaysia. In a communist state, any opposition is quashed, mostly with force. In Malaysia, opposition is not tolerated, even if that means the ruling party has to cheat in the elections and opposition politicians are hounded by thugs.

Senior members of the politburo, like the Umno president and deputy president, do not face competitive election. Saying the wrong thing would mean committing political suicide, although the communists do face house arrest and eventual execution. In both communism and Umno elections, loyalties are built on influence (and money for Umno). In both, senior leaders rarely retire for they can still dictate policies long after they step down from power.

In the communist state and in Malaysia, justice, freedom of expression, freedom of the press, religion, individualism and the arts are all crushed or fiercely controlled.

Mahathir said that young people needed a â€œstrong sense of shameâ€, but Mahathir â€œmudah lupaâ€. Our youth did not take away the independence of the judiciary. They did not cause the old Umno to be declared an illegal party. None of our youth used the ISA to lock up opposition politicians or activists in Operation Lalang. Perhaps, this is why Mahathir said last week that Malaysia needed harsher and stricter laws.

Our youth do not have cronies who destroyed Bank Bumiputera, Perwaja Steel, Port Klang Free Zone (PKFZ), MAS and many other companies. It was Mahathir who made billionaires out of his cronies and did not care that the average Malay cannot stump up the money to buy a modest home, despite the New Economic Policy. A prime minister who ignores the poor and suffering of the non-Malays is not fit to be called a leader of a multi-cultural nation.

Mukhriz is a poor copy of the father and if he has one ounce of patriotism and wants to save Malaysia, he should just opt out of politics.