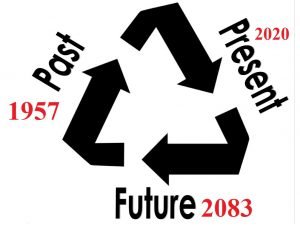 Yin says: How can the Chinese (or Indian) be a challenge; much less a threat to Malay power as many unscrupulous Malay nationalists have claimed? 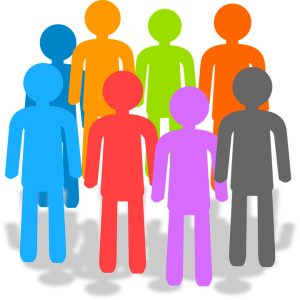 There are several reasons for this.

2.  It is estimated that over 2 million Chinese have left the country, largely driven out by racist policies. At the same time the immigration of Indonesians, and other Muslims, who are given bumiputra status citizenship have increased the the Malay population.

And of course, we have the infamous Operation IC, in Sabah, where overnight the natives become a minority as Muslim foreigners who were allegedly given Identity Cards became citizens.

So there; how can the Chinese (or Indian) be a challenge; much less a threat to Malay power as many unscrupulous Malay nationalists have claimed. 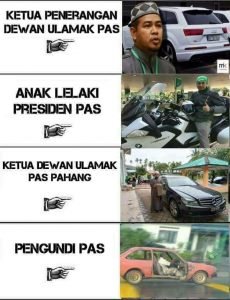 Past: The wealth gap for the population espy inter races was wide.

Today: As a whole it has narrowed as the Malays in general have caught up. But the wealth gap intra the Malay Community has widened. The bulk of the Malays are still poor but there is a growing affluent Malay middle class and also a class of super-rich Malays – the UMNOputras; the politically connected.

Prime minister, Dr Mahathir Mohamad, touched on this wealth gap which he said will lead to “calamity”, and said that the “labelling of a certain race as being more prosperous than others”, as dangerous – an obvious reference to the Chinese.

Again Mahathir plays the race card. Why does he not talk about the super rich Malays who benefited from government patronage.

Why has he not talked about the monopoly of licences and contracts given to Malays?

Why not talk about the opportunities squandered by those who were given these privileges (and had to be bailed out with public funds).

Or say that the money earned by the non- Malays were gotten by sweat and toil despite the discrimination?

Most of all why doesn’t the government focus on the plight of the poor Rakyat instead of using a racially tainted affirmative policy that has not worked.

Today in school; Indian kids keep with Indians, and Malays with Malays. And the Chinese . . . mostly gone to Chinese Schools.

Chinese, Indians, and Malays, don’t sit together in coffeeshops anymore. They don’t even visit each other.

Our Thomas Cup conquering badminton teams were 100% Chinese Malaysians but it was our team! Everyone cheered.

We were king of football in this region in those days – our team comprised Malays; Chinese; Indians and even Sikhs.

Today, our national and state footballers are almost all one race. Except for the recent triumph we never came near to what were were at our multi-racial peak.

In the past, we had a healthy proportion of non-Malays in the Civil Service; Army and Police – at all levels.

Today you hardly see any other races.

Racial discrimination from recruiting to promotions has led us to this sorry state.

In the past we spoke fluent English and our university was respected.

Today we speak broken English (if any) and our universities are a joke. 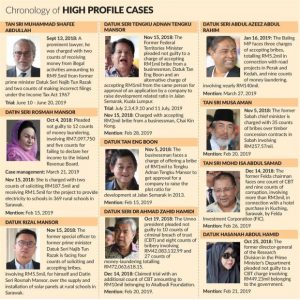 Past: Ministers accepting a few thousand ringgit bribe was big news. Mata-mata taking a few ringgit was a big deal.

Billions? We had trouble counting a million . . . how to spell “billion” aah?

Today anything less than a billion is not worth the printer’s ink .

We have gone up in the global corruption ranking compared to the past. Syabas!

In the past we had a reasonable public health system.

Today, we have one of the best public health system despite the greater demand on the service.

This is a genuine achievement which the country should be rightly proud of.

There are so many other areas we can talk about, but overall, we have gone backwards on race relations; on national unity; on education; in sport; on corruption etc etc.

If the Malaysia Baru is going to be anything like the Malaysia after 1970, we are in trouble. With Mahathir still stuck in the old racist model I am not optimistic.

We have to get Back To The Future! Step forward Dr Emmet Lathrop.

Otherwise beam me up Scottie!