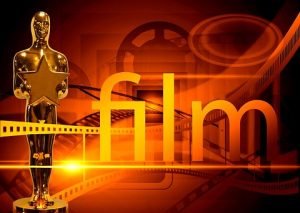 Yin: Once upon a time there was an Ogre which terrorized the people. One day the Ogre decided to retire as he was feeling old. So he picked his successor. Unfortunately the first one he picked was not fierce or bad enough for him. So he replaced it with another Young Ogre.

The Young Ogre was quite sweet at first but eventually when he learned the tricks of the Old Ogre he became even worse than his sifu. He was so terrible that even the Old Ogre felt sorry for the people for his bad choice. So he set about removing the Young Ogre.

But this was easier said than done. After all he had retired for 15 years and had lost his patronage and the institutions that did his bidding. He was not able to fight the Young Ogre on his own.

The Old Ogre decided to appeal to his old enemies to help him – not least the person he jailed all those years ago and who was now jailed by the Young Ogre.

The other hurdle he had to jump was to gain the rakyat’s support if he wanted to win.  They had such a terrible time under his rule that they were reluctant, but at the same time they had such a bad time now that some decided to give him a chance. He promised he would only stay for a short while and would bring back the man who was in jail who was really the choice of the people.

All the Wisemen of the country gave the Old Ogre only a slim chance against the Young Ogre who had all the powers of office and who employed all the dirty tricks he learned from his sifu. They had read the entrails of goats,read tarot cards and had consulted the famous Coconut Bomoh – all predicted that the Young Ogre would win.

But they did not reckon with the will of the rakyat who had suffered so much and were so fed up of eating only kangkong and wearing rags while the Young Ogre’s wife – the Ogrereene – ate kueh, wore designer clothes, carried designer hand bags and had a pink diamond ring on her finger, that they decided to take a chance on the Old Ogre.

Contrary to the predictions of the Wisemen and the Coconut Bomoh and to the disbelief of even those who took his side, the Old Ogre vanquished the Young Ogre.

The man behind bars was released and eventually took over the country.

The country of BolehLand once again returned to peace, harmony and prosperity and the people lived happily ever after.

This is a script for a Yasmin Ahmad (Ipoh’s adopted daughter) film.

But life is not the movies!

There will be more twists and turns in the plot. There’s work to be done, plenty to put right.

In the next few months we will have an idea of where this government is going. Whether they will forget their promises or whether they have the political will to restore the independence of the judiciary, police and other institutions. To redraw constituencies to reflect a fairer representation. Whether they will wake up and deliver a world class education our children deserve which will prepare them to compete in the global market, instead of an inward chauvinistic education. Whether racist policies will be replaced by policies that really help those who need help whatever their race and not those with influence and power.

It will be a long journey, but we have taken the first step . . .

Politicians will be politicians they will look after themselves first.  Civil Society must look after itself!

We must keep them in check and call them to account, only then can we be sure we don’t slip back into the bad old days.