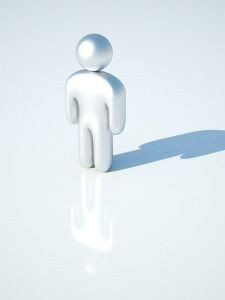 Dr Ismail Abdul Rahman, who was once called â€œThe man who saved Malaysia,â€ died in office, in his capacity as acting prime minister. He was effectively the best prime minister we have had.

He (right, where he was photograhed outside No 10, Downing Street) was remembered for his non-ethnic approach to issues and his concern about racial polarisation. He had a strong work ethic, was a strict but fair man who adhered strictly to rules. He despised incompetence and lateness. He was feared and respected. He refused to grant favours even to relatives and close friends. He was highly principled and enjoyed debating.

He avoided conflict of interest and the British High Commissioner said in despatches, â€œIsmail was a man of formidable reputation for integrity and talent in all communities.â€

No one will dispute the filial piety and devotion shown by Tawfik, Dr Ismail’s eldest son, but in 2013, Tawfik sullied his fatherâ€™s memory by aligning himself with the present, undistinguished Umno Baru politicians. Tawfik suggested that the controversial film, Tanda Putera be made into a mini-series.

Tawfik noted that many facts in the book, The Reluctant Politician by Dr Ooi Kee Beng, were excluded from the film and reasoned that this was why people had called Tanda Putera a piece of propaganda. It would be more judicious to say that many people consider the film propaganda because fictional scenes were inserted, to influence thinking and undermine peopleâ€™s understanding of what really happened.

It was stated in the book, that Tan Siew Sin (left), who was the MCA president in 1969, pulled MCA out of the government, after being severely criticised by Umno members for his partyâ€™s poor performance in the election. The present MCA president, Chua Soi Lek, did something similar after GE13 this year.

Unaware of the MCA withdrawal, Dr Ismail later called Tan â€œirresponsible and childishâ€ for letting down the Malays and Chinese who had voted for the MCA. In letters to his friend Robert Kuok and the chairperson of Guthrie, Eric Griffith-Jones, Ismail had tried, unsuccessfully, to persuade Tan to revoke his decision because the action by the MCA had initiated the riot.

As the book explains, Ismail had warned Tan of further polarisation and that the MCA withdrawal would play into the hands of both Malay and Chinese extremists.

Interestingly, the book also claims that Mahathir Mohamad, who had lost his seat to a PMIP (the precursor of PAS) candidate, had advocated that the MCA be excluded from the government. Ismail had also warned of â€œextreme racialists in the ruling party who were making a desperate bid to topple the leadershipâ€.

Perhaps it would be fair to say that there were no riots after GE13 in 2013 because the rakyat has wised up to Umno Baruâ€™s tricks, which are designed to create ethnic clashes. Multiracial Malaysia has been tested by the cow-head incident, the Allah issue, butt dances and cooking of beef burgers outside Ambigaâ€™s house, the pigâ€™s heads in the suraus, the forced child conversions and the seditious Utusan Malaysia articles.

The rakyat act with restraint whilst the government does little to diffuse the tension. There has been no repeat of May 13 because the government cannot pull the wool over the rakyatâ€™s eyes any more, unlike in 1969 when the riots were a distraction, to mask the internal power struggles within the old Umno party.

Tawfik said that the opposition parties, DAP, PAS and Gerakan had â€œplied on politics of polarisationâ€ in 1969. Could he explain why Umno Baru is dividing the rakyat in 2013 and not learnt its lesson from history?

Why did Tawfik say there was no need to find out who was responsible for the riots?

Isnâ€™t Tawfik interested in learning the truth? Surely, the people who were responsible should be punished, if they are still alive. At the very least, the people who suffered deserve an apology.

Strangely, Tawfik said that no one would be happy with the outcome of a royal commission of inquiry (RCI) if one were set up.

An RCI is not about placating people. It is about finding the truth.

Tawfik tried to justify the reasons for not having the RCI by asking who would lead the investigation? He wondered where to look for the evidence? As in any RCI, a panel of responsible and trusted people would be chosen, then terms of reference will be set.

Has Tawfik heard of primary and secondary sources, which are used to evaluate a historical event? These could be in the form of letters, diaries, news report, foreign despatches, intelligence reports, internal memos, eyewitness accounts, hospital and mortuary records, doctors and nursesâ€™ testimonies, reports from the police, Special Branch and the armed forces, autobiographies, film reels. These are important sources to interpret a past event.

Tawfikâ€™s justification of the historical inaccuracy which the producer allowed, because of a shortage of time, is disgraceful. His father would have found the slipshod approach quite unacceptable.

Other facts from the book would have been damaging to this government and to former PM Mahathir Mohamad. Some of the more interesting ones are:-

Ismail advised Tunku not to hand over power to the military. He said, â€œOnce you do that, you wonâ€™t get it back.â€

Robert Kuok asked Ismail who had suffered most in the riots, and Ismail replied, â€œOf course, the Chinese.â€

Ismail had wanted Hanif Omar (left), the police chief assigned to the National Operations Council (NOC), formed after May 13, to arrest the then-Selangor menteri besar, Harun Idris, â€œfor murderâ€. Hanif persuaded Ismail to investigate the claims first. In the end, Harun was not arrested.

Wahab Majid of Bernama wrote that Abdul Razak toyed with the idea of â€œbenevolent dictatorshipâ€ but was discouraged by Ismail who pushed for a return to parliamentary democracy.

In 1969, the Singapore High Commissioner, Maurice Baker, said that Ismail was strict and decisive, that he would arrest anyone who caused trouble, irrespective of race.

General Ibrahim Ismail, the chief executive officer (CEO) of the NOC, also said that Dr Ismailâ€™s direct manner and uncompromising stance helped restore law and order, whilst Tengku Ahmad Rithauddeen, an under-secretary in the Defence Ministry, recalled Ismail declaring that he would arrest his own mother, if she had done something illegal.

Tengku Razaleigh Hamzah claimed that Ismail had wanted Mahathir expelled from Umno and stopped two attempts to readmit him to the party.

To gain an objective portrayal, Tanda Putera should have shown Ismailâ€™s preference for Dom Perignon because his taste buds were destroyed by medication; he hated the term â€œbumiputeraâ€ and had stipulated a time limit on the NEP; Ismail had said that the special position of the Malays was a handicap to them and according to Tengku Razaleigh, the Chinese did not have confidence in Razak, but they trusted Ismail.

The book revealed that after May 13, Ismail was deputy PM and involved in an important piece of legislation, the Emergency (Essential Powers) Ordinance No 22.Â  Under this ruling, the Anti-Corruption Agency (ACA) had the authority to freeze or forfeit â€œill-gottenâ€ assets of public officials and politicians.

Ismail said that as the country was ruled by the NOC, there was no functioning parliament, and corrupt practices were not exposed. He pushed this new ordinance through because Malaysian politicians refused to resign even after being caught perpetrating unconstitutional acts.

Ismail knew that with the new ordinance, corrupt individuals would be treated as criminals. The act resulted in the removal of the Perak and Trengganu chief ministers, for corruption.

One hopes that the film did say that Ismail once told his Danish counterpart, that â€œwe want to create a United Malaysia of Malays, Chinese Indians etc, just as the United States is a fusion of many different elements.â€

Sadly, Dr Ismail died of a heart attack. If he had lived, he would arguably have been the best Prime minister we never had.
Â (Photo credits to Malaysiakini)
Rebuilding Malaysia