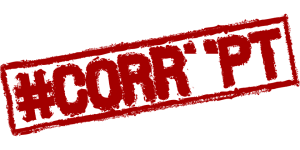 The initials MARA, which stand for Majlis Amanah Rakyat, is a “Council of trust for the people”; but it might as well be an acronym for “Mana Ada Responsibiliti & Akauntabiliti.”

Like the NEP, MARA started-off with good intentions and there is no doubt that it has helped many Malays.

Besides offering aid and training to Malays and other indigenous Malaysians, in business and industry, MARA provides opportunities in education via its boarding schools, colleges and universities.

Incredibly, its top brass have always found a brilliant way to divert the money into their own pockets.

Malay fingers caught in the till

First. In June 2015, an Australian newspaper, “The Age”, alleged that top Mara officials, and former politicians were involved in a major property scam, in Melbourne.

“Super-rich Malaysian officials” had allegedly “overbid” for an apartment block, and pocketed the difference. Australian developers had allegedly received sham invoices for fake “consultancy and advisory” services, from Malaysian firms. The property transaction took place between 2012 and 2013.

After the expose, the chairman of the investment arm of MARA Inc, Mohammad Lan Allani, and his CEO, Abdul Halim Rahim, were suspended. Soon after this, their contracts were terminated.

Second. In May 2016, MARA chairman, Annuar Musa who is also an Umno-Baru Supreme Council member, said, “I am racist.” He was speaking at the “Red Shirt’s” “Himpuanan Rakyat Bersatu” rally and he declared that racism was allowed in Islam.

So which deviant sect of Islam does Annuar belong to? Since when does Islam practise racism?

Third. Yesterday Annuar was suspended from his post as MARA chairman and the head of Pelaburan MARA (the MARA investment arm), following investigations by the MACC, into questionable transactions involving sponsorship of the Kelantan Football Association (Kafa)

The stink was first raised in  January, when the Johor Crown Prince, Tunku Ismail Sultan Ibrahim, questioned the sponsorship which had forced the Universiti Kuala Lumpur (UniKL) to reduce scholarships for its students. Students were deprived of an eye watering RM700 million.

1. Many senior Umno-Baru supreme council members, who are also in charge of quasi government bodies, are allegedly easily corruptible. Why? It is because they operate with no accountability and transparency. If the boss can do it, then so can they.

2. If the Crown Prince had not raised the allegations, would the MACC have acted? Is the word of the ordinary rakyat of no value to the MACC? Will the MACC only act if a member of royalty raises the allegations? Two sets of laws

Eyebrows would NOT be raised if the investigations lead to “No Further Action” (NFA).

This is Malaysia, where Malaysians have lost all faith and confidence in its institutions and leaders.