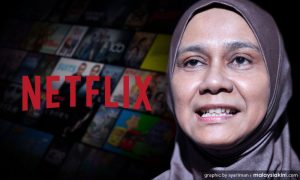 For three years, few people were aware of the MP for Kuala Kangsar (KK), Mastura Mohd Yazid, until last week.

On 25 March, Mastura grabbed public attention with her comments, one about the Rome Statue of the International Criminal Court (ICC) and the other about Netflix.

She said,  “Basic human rights (as defined) in other countries and cultures are not necessarily the same in this country, like LGBT culture and the criminal offence of sodomy.”

Why are the Umno-Baru MPs fixated on race, religion and sexuality? The ICC’s focus is on crimes against humanity.

Has Mastura read the brief summary on the Rome Statute? The ICC has the power to prosecute individuals for the international crimes of genocide, crimes against humanity, war crimes, and crimes of aggression.

Mastura also mentioned, in parliament, that Malaysians were disappointed with Pakatan Harapan (PH) for not “doing their duty” and being fair to everyone. What does she mean? 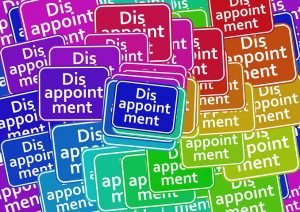 Her disappointment with PH

Disgraced former PM, Najib Abdul Razak, will be tried next Wednesday after several attempts to delay his court appearances. Mastura should be pleased that PH has managed to get this far in securing a charge against the man who has robbed the Malaysian coffers.

She is right, the government is not being fair to the guilty in Umno-Baru, who have been charged with money laundering and Criminal Breach of Trust (CBT). Their passports have been impounded, travel bans imposed and their bank accounts frozen; but they should be thankful they are still allowed to travel around the nation, and whip up support from the credulous masses.

The Umno-Baru leaders delight in telling Malay voters that they have not been jailed, or charged in court,  because they are innocent. It is a pity that the gullible believe them. Perhaps, we should suggest that these leaders be given a gag order; however, PH is fair in ensuring free speech. 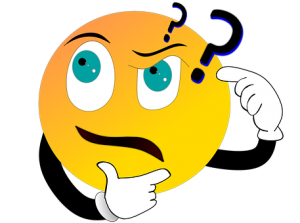 Mastura also questioned the government’s lack of action over the death of fireman Muhammad Adib Mohd Kassim, during the Seafield riots last November.

What does Mastura think the government should do? Should PH ignore the inquest, bulldoze ahead and arrest various individuals? Racist and religious sentiments have clouded the vision of many people, with some demanding that Minister Waytha Moorthy be arrested. He only questioned the lack of urgency of the police on the night of the riots.

What has Mastura to say about the National Heart Institute (IJN) nurse, whose comments on social media have caused a firestorm? The nurse’s “emotional” outburst and accusation against the forensic pathologist have caused more tension in an already tense situation. The pathologist has also been villified. Will Mastura condemn the stupidity of the nurse for stoking the racial fires?

Yesterday, Mastura said that she was disturbed about Netflix airing many sexual scenes and LGBT films. Whilst it is right that she has shown concern for the amount of sex on Netflix, it would be good to know what percentage of the population is affected. How many people have paid for Netflix?

Wouldn’t it would be more judicious for her to focus on the issues affecting her own backyard? Issues such as high levels of incest among the Malays, child marriages, and high rates of domestic violence in the Malay community, sexual abuse of children and fathers who abandon their former wives and children, when they marry another young wife.

There is one issue which perplexes many working Muslim women throughout Malaysia. In 2016, Mastura’s husband, who was then the MP for KK, Wan Mohammad Khair-il Anuar Wan Ahmadin, was killed in a helicopter crash in Sarawak. A by-election was organised and Umno-Baru/BN had no hesitation in selecting Mastura, as their candidate.

Some people claim that Umno-Baru was capitalising on the sympathy vote to ensure victory. Mastura claimed that it was a natural choice, as she had often accompanied her husband on his visits in KK, and claimed that the people were reassured by her presence.

Mastura claimed that as a Muslim widow, she had to observe iddah, for 130 days, so the electorate was unable to meet her, observe her interaction with the crowd, and see her response, to probing questions.

One fact is clear. Mastura is not the only working woman to be widowed; however, most Muslim working women, who are widowed, do not have the liberty to stay away from work, and public spaces, for 130 days.

It looked as though Umno-Baru did not want her to speak to the public and reveal her lack of political acumen, during canvassing.

Women make up 50 percent of the Malaysian workforce in  factories, agriculture, offices, schools, universities, hospitals, shops and the civil service. These businesses and industries would be incapacitated and suffer multi-million ringgit losses, if Muslim women were to emulate Mastura’s insistence on observing iddah. Who would care for the children? Who would earn money to pay the bills?

It would be interesting to know her views on this blatant abuse of iddah. 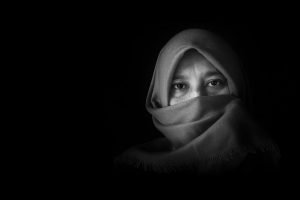