P Ramakrishnan says, “MCA and MIC were never equal partners in the BN coalition. It was an Umno-dominated coalition and what Umno said went. Nobody dared to disagree with or oppose Umno.” 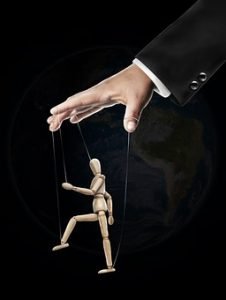 “Knowing when to walk away is wisdom. Being able to, is courage. Walking away with your head held high, is dignity.”

MCA and MIC have been thoroughly and insensitively insulted and humiliated by an Umno leader and former cabinet minister and the present secretary-general of Barisan Nasional. The person concerned is none other than the loose cannon Nazri Abdul Aziz.

Any self-respecting person will not stomach this insult or endure this humiliation. Only shameless people will not react angrily to this indignity.

When MCA and MIC finally got together to address this painful issue and take a common joint stand to oppose the disrespect shown to them, people were of the view that the matter had reached breaking point.

These two remaining parties even stated that if Nazri were to attend the BN meeting, they would boycott that meeting. These are bold words and a brave decision to take.

Let’s look at the facts.

Nazri, who is also BN secretary-general, said MCA should follow the footsteps of previous BN component parties like Parti Gerakan Rakyat Malaysia and several Sarawak-based parties if they did not like BN.Then. to drive home his point, he put it bluntly: “To me if they want to leave, just leave lah.”

Nazri was so dismissive of the MCA as if they did not count at all and that their presence in the BN was not necessary.

On 4 March, Nazri took on both the MCA and MIC after both parties met and came out with a common statement claiming that they were “moving on” and exploring a “new alliance” following Umno’s silence on racial remarks by Nazri and other Umno leaders.

Nazri shot back at MCA and MIC – who accused him of undermining the coalition’s multiracial make-up – saying the two parties should “go ahead and leave”.

“Go ahead, walk the talk. Don’t just talk,” Nazri told FMT when asked to respond to a joint statement by Wee KaSiong and S.A.Vigneswaran, the presidents of MCA and MIC respectively, who said they were now exploring “a new alliance”.

He simply ignored the claim by MCA and MIC that Nazri’s appointment as the BN secretary-general was “illegal”.

He emphasized, “It is not the MCA or MIC which has the power to appoint the BN secretary-general, but the BN chairman.”

He denied making racial remarks as charged by Wee Ka Siong and S.A.Vigneswaran.“Wee or Vigneswaran are either blind or deaf because I have already denied, either that or they are stupid.”

How more insulting can one get?

Nazri had made it clear that MCA and MIC can quit the BN and that Umno has PAS as their partner. He even mocked them that they cannot survive without Umno.

There is no indication that Umno had repudiated Nazri’s atrocious  and demeaning claims. That being the case, should MCA and MIC even attend the proposed BN meeting with or without Nazri’s presence?

Realistically speaking, their presence in the BN is irrelevant. Their fortunes, unfortunately,  are unlikely to change to their favour at this point in time. So what is the point in sticking around?

The component parties did not wield any clout within the BN. They were never equal partners in the BN coalition. It was an Umno-dominated coalition and what Umno said went. Nobody dared to disagree with or oppose Umno.

By staying on, MCA and MIC would perpetuate the false façade that the BN is a multi-ethnic entity which it is not. Instead of being part of that farce, they should walk out and expose the fact that Umno is nothing but a racial party. Without them, there will be no BN and without BN there will not be a party claiming to represent all Malaysians.

It is said that “No relationship is ever worth sacrificing your dignity or self respect for.”

This stand might well mean the end of MCA and MIC. But it is worth remembering, “Death with dignity is better than life with humiliation.”