Allegations about racism have been made against Universiti Malaya’s (UM) vice-chancellor, Abdul Rahim Hashim, the reputation of the university is being dragged into the mire and a student is being bullied by the authorities, whilst some have threatened to revoke his degree.

So, why is the Minister of Education, Dr Maszlee Malik, unusually quiet about UM’s racism row, which threatens to escalate out of control? 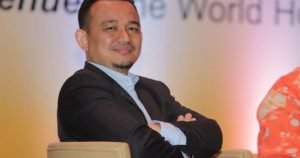 Similarly, the Minister for Youth and Sports, Syed Saddiq Syed Abdul Rahman, who is often vocal about issues outside his remit, like the Gojek transportation service and FoodPanda drivers disputes. He should stick-up for the students and at least encourage a dialogue between the two people involved, but this time, he is unusually silent. 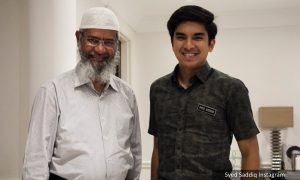 Surely, Maszlee can see the need to order an immediate investigation into the allegations instead of allowing the VC, the administration staff and the National Professors Council (MPN) to close ranks, and use their powers to target and punish students. 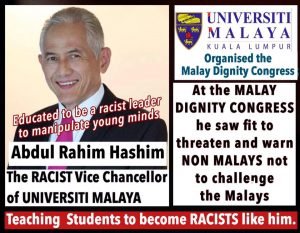 Engineering graduate, Wong Yan Ke, staged a lone and peaceful protest to voice his disappointment with the racist behaviour of the vice-chancellor, Abdul Rahim. Some may say that he made a bad decision to protest during his convocation, but to be fair to him, what choice did he have? 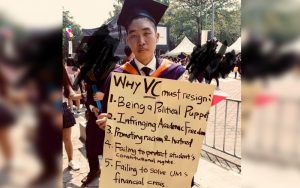 Malaysians, especially our students, have been conditioned to be seen, and not heard. Teachers and lecturers rarely practise what they preach. It is often a case of “Do as I say, but not as I do.”

In public life, few of our complaints are acted on. In some cases, the problems are swept under the carpet. Wong was right to publicise the endemic racism which has engulfed our public universities and community.

To add insult to injury, UM also targeted an accounting graduate, Edan Kon Hua En, and prevented him from receiving his degree certificate, because UM feared that he would stage a similar protest. What proof did they have that he would protest? They were wrong to bar him from his own convocation on the strength of mere suspicions.

Four public universities – Universiti Malaya (UM), Universiti Pendidikan Sultan Idris (UPSI), Universiti Teknologi MARA (UiTM) and Universiti Putra Malaysia (UPM), organised the Malay Dignity Congress (Kongres Maruah Melayu). The congress did not promote unity but was an event in which Malays vented their anger and frustration, and blamed their lack of success and their inadequacies, on the non-Malays.

So, how much of the taxpayers’ money was used to promote this racist event? How many man-hours were spent by the VC and university staff to organise the congress?

Public universities should not promote racism, nor champion exclusivity. During the opening speech of the Congress, the organiser, Zainal Kling, questioned the citizenship of non-Malays. Pakatan Harapan (PH) leaders who attended this event should have walked out. They should represent a multiracial Malaysia, and not just the Malays.

Universiti Malaya’s General Staff Union (UMGSU) and the Administrative and Academic Officers Association (Pekerti) voiced their support for Abdul Rahim and criticised Wong’s actions, because they alleged that he had tarnished UM.

Are they too dense to understand that the VC has sullied UM’s reputation, by being a political tool and exposing his racist credentials, during the Congress?

Conversely, the Universiti Malaya Academic Staff Association (PKAUM), supported Wong and issued a statement to confirm that the students were unhappy about the “misdemeanours of the UM vice-chancellor.”

PKAUM association secretary, Noraishah Mydin Haji Abdul Aziz, said that Abdul Rahim had failed to ensure safety after a fire in the economics faculty, last August, and also failed to implement measures to deal with thefts on campus.

In other words, the students think that the VC is incompetent because he did not address the issues they highlighted.

The VC, UMGSU and Pekerti were probably furious because Wong did not confine his complaints to the conducts of the VC, but also exposed other problems on campus.

The president of the National Professors Council (MPN),  Raduan Che Rose, waded into the fracas and said that UM has the right to revoke or withhold Wong’s Bachelor’s Degree certificate. He added that anyone who took part in an official ceremony, is subject to protocol, and governed by written and unwritten rules and regulations.

Unwritten rules and regulations? Is Raduan aware that he sounds like one of the people in high office, from the previous regime, who makes-up the rules to suit his whim.

The MPN is under the purview of the Prime Minister’s Department and his meddling will be seen by many, as political interference.

Instead of castigating Wong and the unhappy UM students, the VC should engage with them and address their problems. He should nip racism in the bud, before the problem escalates.

UM targeted the two students and lodged a police report against Wong. Only hypocrites who condone racism, would consider the graduate’s actions to be criminal.

The VC’s position is untenable. He dragged UM into the political and racist arenas. He must resign before he is sacked.