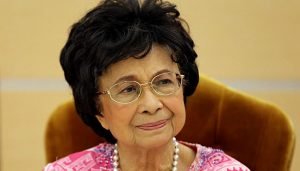 Most Malaysians may harbour mixed feelings about her husband, Malaysia’s longest serving Prime Minister, Dr Mahathir Mohamad, but Dr Siti Hasmah is much loved, and respected by most, if not all, Malaysians. She is also called “Bonda negara” (the mother of the nation).

The vindictive government of Najib Abdul Razak knows that they cannot touch Dr Mahathir, so they try to attack and villify his wife. 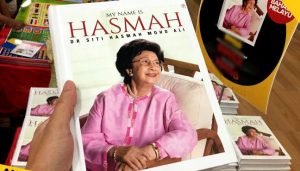 They tried to humiliate her again

Last week, on the morning of Sunday, 29 April, Dr Siti Hasmah was looking forward to receiving an award at an event the following (Monday). She was probably glad to have a welcome respite from political campaigning.

Earlier in the week, Kumpulan Media Karangkraf Sdn Bhd, had been informed by the National Book Development Foundation (NBDF), that Dr Siti Hasmah’s autobiography, “Nama Saya Hasmah” (My name is Hasmah), had been judged the best, in that category. The book was published by Karangkraf.

By lunchtime, she received a phone call, from a man claiming to be “Hassan”, who claimed he represented the organiser, NBDF. His request was simple; that Dr Siti Hasmah did not attend, the ceremony.

When pressed further, Hassan said he feared that if Dr Siti Hasmah were to mingle with the vice-chancellors, who would attend the event, the influential parts of the media would comment upon their support for Dr Siti Hasmah. He also feared reprisals from the authorities.

The Karangkraf managing editor. Husammuddin Yaacub, confirmed that a request had been made, by the organiser, and that they would abide by the request.

Even book publishers are controlled by fear.

How preposterous is that? Why would the media even equate the vice-chancellors presence at a book launch with anything else?

More important, is the disappointing obsequiousness of the Karangkraf staff, who obey, and fall victim to political machinations. Did Husammuddin have no choice but to accede to the request? Was any external or business pressure, made to bear on him? Is this a flavour of Malaysia’s course?

Dr Siti Hasmah was one of the first Malay woman doctors in the then, Malaya, and the first woman to be appointed a Medical Officer in the Kedah civil service. She probably gave up a full-time career, to play her supportive role as the PM’s consort. By then, she was already famous, in her own right, for championing causes like family planning, women’s health and drug abuse control.

Najib tries to attack Mahathir, by applying pressure on his wife

Last January, Najib was so afraid of his former mentor, Dr Mahathir, that the police were ordered to question 91-year-old, Siti Hasmah,  under Section 9 of the Peaceful Assembly Act, because she attended a protest called the “Purple Rally”.

The rally was also known as “Women Against Toxic Politics”. Dr Siti Hasmah had urged  the rakyat to put an end to toxic politics. She expressed concern that people were being slapped for simply voicing their opinions. She said, “That is why us women strongly oppose toxic politics. Before the toxin enters our body, we better prevent it. Stop it. […]

Why was Dr Siti Hasmah questioned, and not the other rally speakers?

Najib’s plan to apply pressure on Dr Mahathir, backfired especially among the Malays. 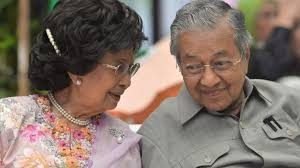 In  Dr Siti Hasmah, we see a perfectly coiffed woman, unruffled and dignified. When her husband was PM, she managed perfectly, the pressures of being a PM’s wife. She effectively balanced the rigours of his office and the demands of the nation, against that of her growing family. Other women would have suffered a nervous breakdown, or been more demanding. Dr Siti Hasmah is too cultured for that.

Her autobiography, as someone who has seen many changes in early Malaya, and to the modern Malaysia, would have made interesting reading. She would most probably have charted her life in the early days, when we were under British control, where women, especially Malay women, were encouraged by their fathers to be literate and seek an education, to liberate them from a life of drudgery without skills or knowledge.

The tragedy is that by taking sides, or by falling victim to political manipulation, Karangkraf and NBDF, have failed many Malaysians, especially those who would have relished the chance to hear and meet Dr Siti Hasmah.

Malaysian culture teaches us to respect our elders. Dr Siti Hasmah is one of our women pioneers. Book readers are interested in her experiences, not her politics. Our authorities could learn a lesson or two, in respect and what makes a good book. 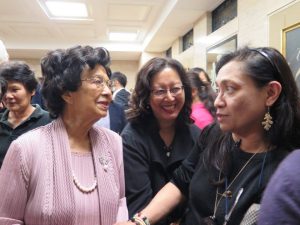