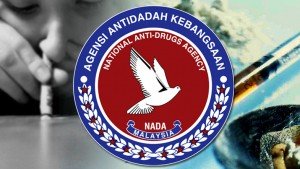 Najib… Kelantan is famous for the wrong reasons. Numbers of women affected with HIV/AIDS is up. Now, the National Anti-Drug Agency (AADK) has reported an increase in female drug addicts and also 12-year-olds abusing drugs.

PAS… forget hudud. Focus on the drug addiction problem before it gets any worse.

At the launch of the AADK roadshow which was held in conjunction with the Kelantan National Anti-Drug Day, AADK’s deputy Director-General (DDG) said, “This is a serious social problem which must not be ignored as it affects this group (women)”.

“The increase in the number of drug addicts in the state is due to hardcore poverty, and most of them are faced with learning problems,â€ added the DDG.

So, what are the “learning problems” he mentioned? Are the addicts mostly of school age and is the DDG implying that they have some sort of learning disability?

Or does he mean that being very poor, the addicts’ families have no means, to pay for school uniform, shoes and books, so the children cannot attend school?

What is PAS doing about the rise in drug addiction? The focus should be on this scourge on society, rather than insisting on hudud.

Will the PAS prescription for drug addiction be to organise extra religious education?

The DDG mentioned hardcore poverty. Are drugs taken to escape theirÂ  misery? How do the poor fund their drug habit? Are they stealing, borrowing money or spending their hard earned cash, to purchase drugs?

It would not be difficult to guess what poor females are forced to do, to fund their drug habits.

How do 12-year olds gain access to drugs? What happened to parental control? Are the parents addicts?

The statistics are for reported addicts.Â  How many others are unreported, or are clever at hiding their addiction?

Is border enforcement failing? Have allegedly crooked cops been rooted out? Drugs are big business, and drug warlords pay hefty sums to policemen, to buy their inaction.

PAS should stop cozying up to Umno Baru, and demand extra resources, from Putrajaya, and money, to combat the drug problem.

If the racial profiling of the addicts is obtained, it is highly likely that the addicts are mostly, if not all, Malay.

Umno-Baru cannot claim to help Malays if it does not assist PAS to combat the drug menace.