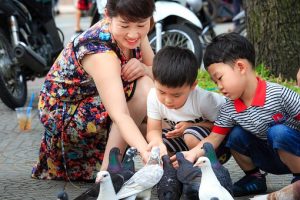 Mrs Elaine Cheh is a mother-of-three, who doesn’t want to send her children to the national-type Chinese primary schools (SRJKC). At the same time, she is aware that if she doesn’t, they will be unable to read Chinese characters.

She is a product of the Sekolah Kebangsaan and claims that her biggest weakness in life, is her inability to read Chinese characters.

She invites you to engage with her, and discuss the Sekolah Kebangsaan.

Here is her proposal. 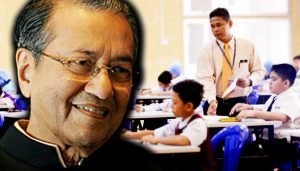 Elaine says “I would like to open the discussion on vernacular schools.

Or can we move to a single stream school system whereby we teach our mother tongue as the third language for children (options such as Japanese, Korean, French, Spanish etc should also be considered a third language ) from Standard 1 to Form 5?

Instead of continuing the system of multiple streams, we could have single stream schools that would glue our children back together and lessen the “them or us” divide.

As a Chinese ethnic parent, I do not wish to send my children to a school that is super strict and laden with homework (like SRJKC), if it’s not for the reason of learning the 4000 odd Chinese characters.

I only wish that my children know these characters, to enable them to read the newspaper and write basic communication in Chinese.

In South-East Asia, the capability of Malaysian Chinese on the Mandarin language is among the highest in this region. This is very due to the existence of SRJKC which teaches Mandarin as the first language for six (6) years.

It is something that Malaysian Chinese are very proud of, but it has come at a terrible price of dividing the people.

At exciting new times such as these, I would like to suggest that we look into ways to make our education system more unified and less divisive. 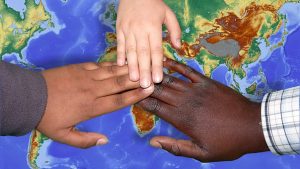 (Please feel free to comment on Mrs Cheh’s suggestions. Do you agree or strongly disagree? Have you other suggestions? What is your alternative?)

Note: Stock photos are only for illustration.