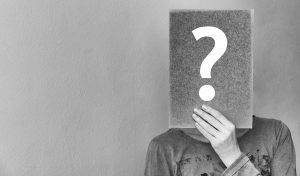 What does one do, if complaints to one’s MP do not get any traction, and despite contacting his office to arrange a meeting, the MP cannot manage to find time to see his constituents, and discuss their problems?

This is the dilemma faced by the residents of Sungei Petani, who have yet to meet their MP, PKR’s Johari Abdul, and discuss their concerns over pollution from illegal waste recycling factories.

On 29 September, FMT published an article claiming that Johari had dismissed the concerns of the residents and that he was reluctant to meet them.

An irate Johari contacted FMT and said that the residents merely had to arrange a meeting  with him. Two months have elapsed and the efforts of the members of the anti-pollution group, the Persatuan Tindakan Alam Sekitar, Sungei Petani, (PTASSP)  have not been successful.

At least three attempts have been made by PTASSP, but Johari has either allegedly not been in town, or cancelled at the last minute. So, is Johari serious about meeting the residents to address their concerns?

Or did he tell FMT on 29 September, that he would meet them, to avoid bad publicity?

Many newspaper articles have publicised the distress to the residents, and the detrimental effects on the soil, rivers, waterways, and atmosphere, in and around Sungei Petani, from the burning and dumping of illegal waste.

PTASSP have organised at least two peaceful protests, lodged police reports and filed official complaints to the relevant authorities, but to no avail.

PTASSP would like to meet with him and see what action he will take, but he is as elusive as an eel.

So, who does one refer to, when the MP in one’s constituency does not hold weekly surgeries to meet members  of the community, whom he should serve, to act on their complaints?

The MP’s office will probably claim they are unable to help, because they do not have the authority to act. Who should the constituents contact in this case?

Perhaps, the members of the community, could approach a politician from the Opposition, who would gladly use the publicity, to shame the ruling MP and win votes at the next by- or general election?

Sometimes, the issue falls into the remit of various ministries, like Ministry of the Environment, Ministry of Health, and Ministry of Education, as in one case when black smoke, from a fire in a factory affected a nearby school. Are the residents to contact each ministry? If that were the case, what use is the MP, who is supposed to take care of the constituents’ needs?

Without any action from the MP, should one go over his head, and speak to the Mentri Besar of the state? Or should one complain to the Sultan of Kedah, even though this is a matter which should be the responsibility of the MP?

Should the residents of Sungei Petani lodge a complaint with the MP’s party leader, to complain about their lazy and absent MP? Should they write to the Minister of the Environment? Or, the highest authority in the land, the Prime Minister?

The latter measures are drastic, and will certainly expose the incompetence of the MP.

Surely any MP who is worth his salt, and who is keen to show he is an able, responsible and competent person, who wants to be re-elected, would not want his superiors, to learn about his inability and unwillingness to resolve his constituent’s problems.

For over a year, the residents of Sungei Petani, have made numerous complaints and filed many police reports about the pollution caused by unregulated and illegal waste-recycling factories in their area.

Many of the factories have allegedly sprung-up and mushroomed, in residential areas. Despite orders from the Department of the Environment to stop work, these factories have carried on regardless.

This suggests that someone is protecting the factories, because the owners do not fear the wrath of the law. Perhaps, they are brazen enough to continue, because the profit they make from their illegal activities, are far greater than a minimal fine, or inducement.

If these illegal factories are able to operate, are they owned by cronies, who know they can break the law, because they have friends in high places? These are some of the things, which PTASSP would like to discuss with Johari.

Meanwhile, it should interest the MP that Kedahans are aware of his aspirations to be Mentri Besar of Kedah; however, if his performance and track record at resolving people’s problems, in Sungei Petani, are anything to go by, than he has only himself to blame if the residents reject him.

Other residents allege that he only appears in the constituency, before an election.

The Yang Berhormat, Johari Abdul, has brought dishonour and shame not only onto himself, but also his party, the Pakatan Harapan coalition and the whole parliament.