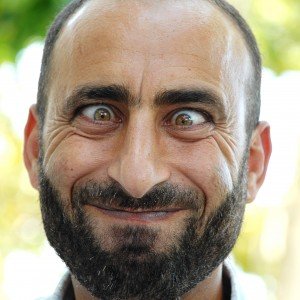 Our grandparents and great-grandparents probably spoke better English than many of our schoolchildren and graduates. So, what went wrong? How and when did the decline in English start? Who was responsible for the drop in standards? What can we do to address this problem? Why should we bother? Does it really matter?

The day you enrolled your child at school, the last thing on your mind is whether his teacher is a man or a woman, is Malay or non-Malay, Muslim or non-Muslim. Your concern is that the teacher is competent, caring and qualified.

A few years ago, Deputy PM and Education Minister Tan Sri Muhyiddin Yassin expressed surprise at the poor standard of English among Malaysian school children, when he launched the Malaysian Education Blueprint (MEB) on higher education.

He said, â€œI am puzzled why our children, after completing pre-school, primary school, secondary school and all the way to tertiary education still cannot converse in English.â€

Don’t these ministers listen? For years, Malaysian parents have been showing concern over the low quality education and drop in English proficiency of our schoolchildren.

Malaysian leaders live in their ivory towers. Their advisers only tell them what they want to hear. Hundreds of millions of ringgits have been spent on English teachers. Have these schemes borne any fruit? Why apply the sticking plaster approach? Why not treat the problem at its source?

Most of the Umno-Baruputera elite, and other wealthy Malaysians are fortunate because they can afford to send their children to international schools. Some parents make huge financial and personal sacrifices. Last week, another family from Ipoh, decamped to Johore, so that their children can be educated at a school in Singapore. The kids will stay in Singapore during the week, and join their parents at the weekend.

Other people pack their children off to boarding schools in the UK, US, Australia or India. Millions of school children have parents who do not have the resources to give them a good education.

When the British left Malaya, many Malaysians could speak good English. We were the envy of Southeast Asia, perhaps even of Asia. At universities abroad, our graduates were highlyÂ  respected.

The decline in English cannot be attributed to one single factor, although government policy has been a major contributor.

Former PM, Dr Mahathir Mohamad was the Minister for Education in 1974, and tightened control over local universities. Some people also blame his policies for the decline in English. In his rush to stamp his mark in politics, he pushed through the nationalist agenda and his â€œLook Eastâ€ policy, at the expense of our educational system.

Successive education ministers and PMs ignored the need to provide Malaysians with a good education. Today, we reap the rewards of their failure and the politicising of education. Today, Malaysian diplomats and civil servants shame us on the international circuit. Graduates in universities abroad speak only passable English.

When circumstances dictate, our government reacts to parents and teachersâ€™ complaints. For instance we flip flop between the teaching of Science and Mathematics in English. When there is a hue and cry from the nationalists, the system buckles and our schools revert to teaching these subjects in Malay.

The government bends to the wishes of Malay extremists. Malays fail to realise that they are being kept ignorant by leaders who know that a well-informed, educated and articulate rakyat poses a threat to their power.

Many locally trained English teachers are difficult to understand. Despite their inability to communicate in English, the government has deemed it acceptable for our children to be taught by them.

A child spends three to four years at nursery school, followed by six years each in primary and secondary education. He then spends a minimum of three years at college or university. He spends at least eighteen years in education. It is outrageous that Muhyiddin has only just learned that they our children are not proficient in English.

Some teenagers go to college or university, to become teachers, because they cannot think of any course which really interests them. Some have been persuaded that becoming a government servant will give them easy access to the generous loans, which the government makes available to civil servants. The wrong attitude to teaching is being cultivated.

The Ministry of Education destroys our educational standards, by lowering the pass marks for examinations. This gives the illusion that students are good, when the opposite is true.

Malaysians do not have a reading culture, and the latest claim is that we each read the equivalent of two pages a year. Is it because books are expensive? Do we have enough libraries, in the cities and small towns?

Some boys who attended Mara boarding schools in Negeri Sembilan and Langkawi claimed that if they tried to practise their conversational skills by speaking English to their friends, their school mates and teachers would tease them and say that they were trying to be â€œMat Sallehsâ€.

The nationalist culture corrupts us. If teachers are not motivated to speak, or teach, English what hope is there for our children? Muhyiddin has failed our children.