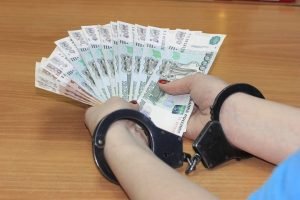 Here is a time line of how officials dealt with his allegations:
28 September: Minister in the Prime Minister’s Department, Mujahid Yusof Rawa, claimed that there was a movement trying to undermine the reputation of the Malaysian Islamic Development Authority (JAKIM) as the halal certification body.
10 October: Hong Kong-based Asia Sentinel published an article entitled “Malaysia Halal Crisis” by Murray Hunter, which claimed that Jakim staff had integrity and competency issues in the halal certification process.
11 October: Bernama reported that the article, among other things, claimed that a Jakim officer had asked for payments to register meat processing premises, apart from being “arrogant and unhelpful”.
13 October: Deputy Minister in the Prime Minister’s Department, Fuziah Salleh, warned the people who claimed that JAKIM officials lack integrity in the halal certification process, should not have made the allegation without evidence and urged them to present their evidence so that legal action could be taken.
25 October: Hunterfollows-up his allegations of corruption with another article in Asia Sentinel, “JAKIM’s Halal Crisis Deepens”.
5 November: Latheefa Koya of the Malaysian Anti-Corruption Commission (MACC) said that her department was aware of the corruption in JAKIM and would provide further details.
7 November: Hunter continues his allegations with the article below, “Documents allege corruption in Malaysia’s Halal Certification Process”,  which was first published in Asia Sentinel.
25 November: At a press conference, Mujahid claimed that there were business elements out to tarnich JAKIM’s halal certification. He said that claims of corruption, by a foreign news report had nothing substantial and lacked specific details.
He claimed to have launched an internal audit because he said, “they had nothing to hide and were transparent”. He reiterated his claim that the allegations of corruption were general, and not specific.
He also urged the MACC to probe Jakim.
Hunter’s article is below: 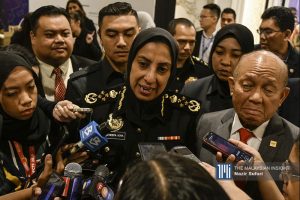 The documents allege that certifiers from the Department of Islamic Development Malaysia, known by its Malay acronym JAKIM, interfered in the internal affairs of an authorized halal certifier, abused power and terminated one of its authorized Australian certifiers without cause.

In December 2017, Russell Summer, with the Melbourne-based Conlan Cummings Lawyers, formally filed a complaint with the Australian Department of Agriculture and Water Resources about the slaughter of animals at the Junee Abattoir in New South Wales on behalf of four employees who worked at the facility between February and October of 2017. Junee Abattoir processes over 10,000 lambs a week for the local and export market.

Halal slaughter procedures at the facility, according to the complaint, allegedly disregarded Syariah law forbidding halal meat to come in contact with non-halal meat. The slaughterers alleged that halal and non-halal carcasses were regularly mixed together to make up short orders and shipped out to Malaysia as well as to domestic customers.

The employees further alleged that animals had died from stunning prior to slaughter, which is unacceptable under Syariah law.

In addition, according to the complaint, JAKIM’s authorized halal certifier the Supreme Islamic Council of Halal Meat in Australia Inc (SICHMA) not only had full knowledge of these deviations against Syariah law, but Mohamad Adil Rahman, one of SICHMA’s halal auditors, insisted that the mixed meat should still be certified despite not being slaughtered according to halal procedures.

The complaint also details that wages, sick and annual leave were withheld from the four slaughterers, mandatory taxation summaries were also denied, and that the four workers were unfairly dismissed.

One of the four was injured at work and was told to contact Mohamed Adil Rahman, who is taking on the dual role of a labor contractor to Junee Abattoir as well as the halal auditor, allegedly a conflict of interest.

These are described as important human rights violations in Islam as the hadith “Pay the worker his wages before his sweat has dried” indicates. This should have been of great concern to any halal auditor and JAKIM as the body responsible for halal integrity to Malaysian consumers.

Mohamed Adil Rahman is alleged to have been present regularly at the Junee Abattoir in addition to being the director of another halal certification body called Global Halal Trade Centre, along with the Oceania Halal Academy in Australia while running training courses for JAKIM-certified abattoirs.

Oceania Halal Academy is a strategic partner with JAKIM.

A source within the industry told Asia Sentinel that Sirajuddin has used Oceania Halal Academy in China for many training and certification jobs in preference to Malaysian trainers and halal auditors. He is also widely known within the Australian industry to have a close personal relationship with Sirajuddin.

The Islamic Co-ordinating Council of Victoria (ICCV), a non-profit halal certifier representing local mosques, Islamic schools and charities, alleged in a written complaint to both the minister Mujahid Yusof Jawa and the Malaysian Anti-Corruption Commission (MACC) that Sirajuddin had abused his powers through interfering in the internal affairs of the council, making demands about who should and shouldn’t be employed in the halal certification audit process, and unfairly dismissing the ICCV as a JAKIM accredited halal certifier. The council is expected to file suit against JAKIM in the near future.

ICCV was re-approved by JAKIM as a recognized halal certification body in Australia in March 2018 to the end of February 2020. In accordance with the ICCV constitution, an election was held for the positions of chairman and board members. The incumbent chairman Esad Alagic stood down and Ekrem Ozyurck was elected as the new chairman. JAKIM was immediately advised of the changes in office holders of ICCV as specified in the accreditation agreement.

The allegations made by ICCV through Melbourne law firm Kennedy Guy include a muddy dispute in which Sirajuddin is said to have sought to in effect make the council his own vehicle by supporting the former chairman over the newly elected one and sending letters through personal rather than official channels demanding the removal of two directors and the operations manager, well beyond his remit as a Malaysian official.

Also, according to the complaint, Sirajuddin allegedly misled the current ICCV board of directors into believing issues had been resolved when they hadn’t been.

As a result, the complaint alleges, on September 25, JAKIM sent ICCV a letter of termination as a foreign certification body on findings over the unresolved issues.

The ICCV board say they believe they have been deceived, and that there was a lack of procedural fairness based in assisting minority shareholders to make a legal case against ICCV.

The issue is important because Alagic has been under investigation by the ICCV board over accusations of irregular payments made to officers of JAKIM. Over the protests of the new ICCV board, for instance, he was said to have presented Sirajuddin with an expensive golden tasbih (set of prayer beads) purchased in Turkey. Sirajuddin was also said to have requested that Alagic employ his nephew Mohd Ridza Helmi Ramli and Sheikh Ridzuan Shafie Sheikh Musa at ICCV. They were employed for a short period at ICCV until their visa applications were rejected by Australian authorities.

Since the publication on October 10 and October 29 of articles in Asia Sentinel, both the minister in the Prime Minister’s Department overseeing JAKIM, Mujahid Yusof Jawa, and his deputy, Fuziah Salleh, claimed allegations of corruption were baseless and demanded that the Asia Sentinel provide proof of corruption within JAKIM so an internal investigation could be made, rather than allowing the Malaysian Anti-Corruption Commission investigate, as is the usual case in corruption cases.

On November 5, the minister claimed that imposters rather than JAKIM officials were responsible for corruption in the certification process. Sources who asked to remain nameless for fear of retribution, however, told Asia Sentinel that Fuziah had been made aware of allegations against Sirajuddin but is seeking an honorable way out for the director rather than put him under investigation.

However, independently of the minister and deputy minister, MACC Chief Commissioner Latheefa Koya said the allegations of corruption within JAKIM had come to the MACC’s attention and that she will make further announcements as investigations progress.