(Editor’s note: Hunter’s article was published in Asia Sentinel, on 6 February, 2020. It is reproduced here because he alleges that “…These cases appear to be the tip of the iceberg…”

We’d like to know the response of the Minister of Health and the MMC. Malaysia is eager to promote medical tourism, but locals just want to know if their own doctors can be trusted. ) 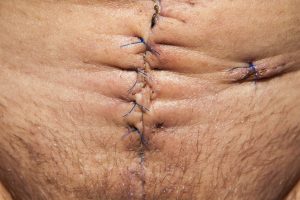 Concerns are growing in Malaysia that trust in its healthcare system is struggling under the weight of declining standards, rising incidents of malpractice and failure to hold errant doctors to account, an existential threat to the country’s ambition to market itself as a Southeast Asian medical tourism destination.

Mohd Ismail Merican, the former president of the Malaysian Medical Council (MMC), publicly warned in May of 2018 of bias and prejudice by council members over discipline and professional misconduct, intimidation by senior council members and lack of transparency within council processes. His warnings now appear prescient in the light of an audio recording made available to Asia Sentinel of Megat Burrainuddin, the former Deputy Director-General of Health and an MMC governing council member in a statutory inquiry in which he called the complainant in a case as “bastard.”

That case, involving a 35-year-old Malaysian business consultant named Nur Muhammad Tajrid Zahalan, which has escaped the bounds of the medical council into the hands of law enforcement via complaints filed with the police, appears to encapsulate almost everything wrong with Malaysia’s medical system.

Megat, chairman of the statutory inquiry at the time, can be heard insisting that the evidence presented by a doctor, Ramesh Kumar, of Prince Court Medical Centre, be accepted, “no questions asked” although Ramesh was charged with gross professional misconduct and the case is now in the hands of the police.

In the same recording, W A Shashinla, the committee’s government legal adviser, can be heard telling committee members that they must accept Kumar’s version of events and “get this thing done sneakily from now onwards.” In another part of the recording, she can be heard saying: “Finish the bastard” in reference to the same complainant. In deciding the outcome, Shashila appears to overrule the committee members, insisting, “…You are not deciding for me, you take your side and leave.”

Kumar’s version – in a case in which he had been charged with performing surgery without consent – was accepted with no attempt at verification. Megat announced summarily, “There [is] no more cross-examination, there’s no debate on what are the contents of the defense and so we can now proceed by listening to the defense statements. Okay, can you please proceed?”

An earlier MMC committee hearing the same case resigned following allegations of conflict of interest. The committee chairman, Dr Jacob Thomas, initially denied any conflict but following a report to authorities, he and other committee members acknowledged multiple connections with the accused doctors and Prince Court, where they worked. At least one of the doctors, Jagdeep Nanra, worked at Thomas’ own hospital, nearby Sime Darby Medical Center. Committee members also admitted to direct associations with the insurance company, Medical Defense Malaysia, which was funding the defense of the doctors accused of malpractice.

Veteran surgeon Dr J.C. Mehta, who practices at Sime-Darby, where Jacob Thomas is effectively his boss, continued to hear the same complaint on Megat’s committee after angrily refusing to declare any conflict of interest when questioned at the start of the proceedings.

In a third case reported by Asia Sentinel, *Victor Lim, the pro-Vice Chancellor for Institutional Advancement at the International Medical University (IMU) and also a MMC governing council member, has refused to step aside despite what critics say is a clear conflict of interest, along with two other members of his investigating committee also working at IMU. In letters seen by Asia Sentinel, Lim recently hinted that he would use his power to summarily end the hearing of the gross misconduct complaints against the three doctors, Ramesh Kumar, Deepak Singh and Jagdeep Singh.

These cases appear to be the tip of the iceberg. Insurance companies such as Medical Defence Malaysia, for instance, are often connected to both the MMC disciplinary committees and the doctors they pay to defend. This is in an institutional environment where medical errors have been a longstanding problem with a high incidence of deaths second only to heart disease and cardiovascular disorders.

According to MMC’s own statistics and Health Ministry data, although more than 3,500 cases are reported to the ministry involving wrongful surgery and other medical errors at both public and private hospitals, only about 150 annually make their way to an investigating panel. Of these, only about a dozen go to the board. Over 14 years only 14 doctors have been struck off, 39 suspended and 73 reprimanded. Almost 90 percent are not investigated by the MMC and disciplinary action is taken in less than one percent.

There appear to be a number of reasons, as Mohd Ismail Merican warned. No legal practitioners, members of advocacy groups or public representatives are on the council, which is weighted in favor of academics. In addition, almost half of its members are either National University of Malaysia (UKM) alumni or are working either within the medical faculty or university hospital.

Positions on the council are picked by a system in which only 20 percent to 30 percent of the 30,000 postal votes that are sent out are returned, meaning fewer than 1,000 votes would be necessary for an organized registered medical practitioner to pull off a position. There is no limit on the number of terms a practitioner can serve and some sitting members have been on the council since the 1970s. These shortfalls leave the council susceptible to vested interests.

A representative of the Federation of Malaysian Consumer Associations (FOMCA) was reported as saying that elected council members are unlikely to risk their popularity with the doctors who elected them.

In Tajrid’s case, as reported by Sentinel on 27 December 2019, the complaint against the Prince Court Medical Centre doctors was being overseen by employees of Dr Chong Su-Lin, the former Prince Court CEO. If any of the doctors were to be found guilty of practicing without proper consent, Chong Su-Lin could face criminal charges as the manager of the facility in which the malpractice took place.

Despite this conflict, three employees –*Victor Lim, Alexius Delilkan and Kew Siang Tong, who are all employed by the International Medical University (IMU), have refused to step down. Chong is now the CEO of IMU Healthcare and part of senior management.

Investigating committee members habitually ignore standing orders and are rarely, if ever, held to account. Former MMC President Mohd Ismail Merican highlighted this habitual refusal to recuse themselves in cases of conflict of interest.

In another instance, 16 members of the MMC governing council, which makes the final decision on disciplinary complaints, were directly connected to doctors charged with gross professional misconduct, Ramesh Kumar, Deepak Singh, Hamidon Bin Basri and Tifku Gee. This included the Medical Director of Prince Court, Kuljit Singh and 12 MMC council members associated with UKM, Ramesh Kumar’s employer. Kuljit has written that he sees doctors as victims in medical malpractice cases. Hamidon Bin Basri, a professor at Universiti Putra Malaysia (UPM), is himself a former member of the MMC governing council.

“The issue is not just that Ramesh works for them [UKM], it is that he is involved in medical trials at HUKM [Hospital UKM] funded by a Singapore drugs company while under investigation for misconduct. This is academic malpractice,” said a professor familiar with the case. “All their funding would be blown away if they had someone guilty of misconduct running drugs trials at their hospital. Hence he must be found innocent under all circumstances and they have the numbers on the Council to do that.”

A complaint of academic malpractice against Ramesh Kumar was referred to UKM Vice Chancellor, Dr. Mohd Hamdi Abd Shukor in October 2019. In an email reply his special officer Zansyuwari Mohd Shahrullail stated on behalf of Hamdi, “With regards to the case, it has been escalated to the Integrity Unit and Faculty of Medicine. However, any action from the university depends on the decision from Malaysia Medical Council (MMC) which currently investigating the case. We are doing the follow up of the case with MMC and update you on the status as soon as we receive them.”

“With 12 members of the MMC council associated with UKM and five more connected with other hospitals where the doctors work the decision of the MMC is likely to be known in advance by the UKM managers,” said one source. “There’s probably no real need for them to follow-up.”

The PIC is a tribunal. Any appeals after a decision can only be made to the High Court. However, the procedures of evidence, what can be admissible and what is not admissible as evidence is at the pleasure of the PIC. There is no objective standard of care and standard of conduct as there is within a court of law. The PIC puts the onus on the complainant to prove a RMP has failed to meet the required standard of conduct. All that is required of the RMP is to show that he or she has done what is endorsed by a responsible body of medical opinion in their specialty, at the time of the alleged offense.

As medical procedures and standards of care are extremely complex areas of medico-law, there is no allowance for any dissenting opinion within a PIC. A majority decision by the membership is all that is needed. The PIC can dismiss any complaints that don’t concern professional conduct, even if there are elements of negligence and malpractice present. Competence of practice may also fall out of consideration as there is no requirement to ensure a RMP has utilized the most up to date methods in their fields.

This is a daunting complaint procedure for the average Malaysian, who would find great difficulty, if not impossibility of navigating and complying with MMC technical procedures. This barrier leads to the dropping of many complaints. The MMC has no designated officers to assist complainants through the complaint procedure. What’s more, it’s extremely difficult to establish any breach of care or ethics. This is almost impossible if the PICs see that the RMP subject to any alleged wrong doing has adhered to ethical codes and guidelines.

The integrity of the MMC is in crisis. The scandal threatens people’s lives, which once harmed or even taken away, can never be recovered. Urgent reform is required, beginning with the removal of errant members of the MMC governing council and PICs who are appointed by the Minister of Health, Dr Dzulkifli Bin Ahmed who has been fully informed of this malpractice in the MMC.

*This article has been edited to correct the name of Dr. Victor Lim and to note that Victor Lim, Alexius Delilkan and Kiew Siang were employees of International Medical University prior to the arrival of Dr Chong Su-lin.

Murray Hunter is a retired professor, and professional runner, who spent the last 30 years in South East Asia, as an entrepreneur, consultant, academic, author and researcher, whose speciality is in community development and biotechnology.