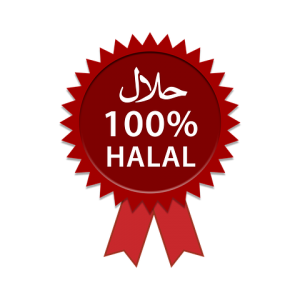 Despite an outraged government reaction to an Asia Sentinel investigation into corruption in Malaysia’s Halal certification process, both individuals and businesses have come forward to verify the level of corruption in the powerful Jabatan Kemajuan Islam Malaysia, or JAKIM, and to back the story.

The article, “Malaysia’s Halal Crisis,” which ran on October 10, quoted sources alleging that officers of JAKIM, which is responsible for Islamic affairs including halal certification, routinely solicit bribes to certify establishments and foods as adhering to Islamic religious law in preparation.

The article set off a firestorm of protest from JAKIM and other government officials, whose Director-General Mohamed Nordin Ibrahim (above), claimed that the allegations were baseless and slanderous, ruled out any investigation and instead posted a statement to his Facebook account condemning Asia Sentinel.

Supporters accused Asia Sentinel and the author personally of attacking Islam, rather than producing an expose on corruption that threatens the integrity of the faith as practiced in food preparation, storage, transport and consumption. 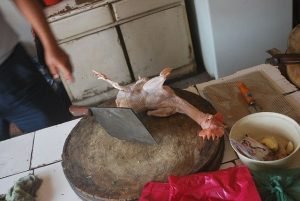 However, Asia Sentinel and the author subsequently received a flood of stories from citizens accusing JAKIM officers of appearing around business premises near festival times, looking for minor infringements to certification such as insufficient documentation proving all ingredients are halal.

One witness described JAKIM officers requesting a banquet be put on for them at a hotel where they had certified the kitchens. A small Malay business owner told Asia Sentinel that “Nak jalan mudah, bayar lebih’ (if you want to get certification easy, just pay more) to the agent. One source said business owners are routinely asked by JAKIM officers for payment for halal certification for such inert objects as eggs, salt and other condiments.

One group of restaurant owners said that halal certification often comes in a “package” of payments to the Bandaraya (Municipal Council) and Bomba (Fire Department).

The common thread between all the witnesses, however, is a fear that if they make the accusations publicly, their businesses would suffer adverse consequences.

Certainly, the Malaysian government appears uninterested in following up the complaints. Mohamed Nordin’s statements were later supported by Fuziah Salleh, a member of Parti Keadilan Rakyat headed by Anwar Ibrahim and the deputy minister for religion in the Prime Ministers’ Department, who is also a member of parliament representing Kuantan. PKR is the lead political party in the coalition that came to power in the May 2018 election with a mandate to clean up corruption.

Fuziah alleged that Asia Sentinel’s allegations were made with bad intentions, that legal action should be taken against the writer, and ruled out any inquiry into the integrity of JAKIM’s halal certification process.

The deputy minister went on to say that any onus should be on the Asia Sentinel to produce proof to JAKIM, so JAKIM can decide if any wrongdoing has occurred.

The Malaysian Anti-Corruption Commission (MACC) is the body responsible for investigating corruption in Malaysia. However, the problem for the MACC is that whistle-blowers are required for the commission to take any investigative action. Business owners and operators say they need licenses and certificates from the very organizations they would need to report to the MACC, thus placing their businesses in risk of retaliation.

Thus, in order to safeguard their businesses, these people are hesitant to come forward, preferring to talk off the record, especially after the public threats of legal action made by the Director-General of JAKIM and deputy minister.

Zarizal Ahmad, who is listed on the official MACC website as the Assistant Commissioner and head of the Investigation School, claimed that corruption in JAKIM is not new. He has received a number of complaints personally as an officer, he said, but added the MACC has held off making any investigations on the halal certification process. JAKIM is well wired into Malaysia’s Islamic establishment, making it immune to prosecution in the past.

But it is by no means a corruption-free agency as Mohamed Nordin suggested. The MACC successfully prosecuted Ahmad Tarzidi for making false claims on functions that never occurred. 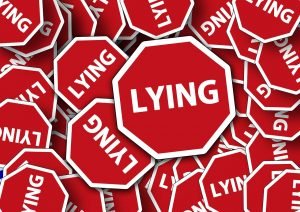 Supporters of JAKIM have framed criticisms of the halal certification process as an attack on the integrity of Islam rather than an investigation into the integrity of JAKIM’s processes. Facebook comments mention “Jewish,” “Christian”and “Kafir” conspiracies against the agency. JAKIM has tried to put the responsibility on Asia Sentinel to prove corruption, rather than undertake any of its own investigations.

Despite the defense of the agency, public dissatisfaction with the halal certification process is high, and is widely known in government circles, where a sensitive power struggle is going on between the minister and director-general of the agency.

There have been numerous calls to disband or reform JAKIM over the last year, which the agency has staunchly resisted. Some critics call JAKIM a rogue agency acting almost completely autonomously with little accountability. It appears that it wishes to cover up any misdeeds in the halal certification process rather than undertake any inquiries into the integrity of the system.

Murray Hunter is a retired professor, and professional runner, who spent the last 30 years in South East Asia, as an entrepreneur, consultant, academic, author and researcher, whose speciality is in community development and biotechnology.