A reader would like to share his thoughts on the way forward. It is his analysis of the opinions of various people, such as economists and politicians. 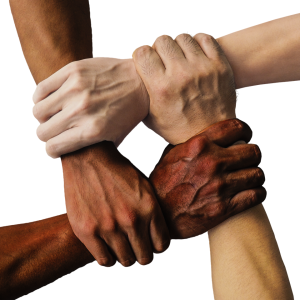 “The perception that all Chinese in Malaysia are wealthy is wrong as data from government agencies indicate that a majority are wage-earners in this community”, said economist Dr Muhammed Abdul Khalid.

Whenever Dr Mahathir starts talking about ‘the Chinese are rich’, he is knowingly attempting to segregate us Malaysians.
“He is playing with fire by uttering such fictitious remarks,” Wee Ka Siong, MCA stressed. 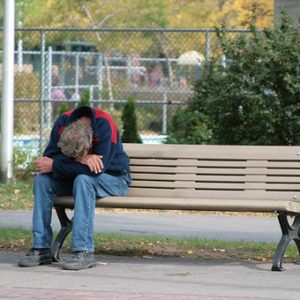 “Poverty exists among all races regardless of they are Malay, Indian, Chinese, Orang Asli, Kadazan or Iban.”

In terms of education, Dr. Maszlee Malik, the Education Minister said so far there has been a total of 84,891 applications for matriculation of which 20,040 are non-bumiputera applications.

“And 4,068 non bumiputera’s have been offered a spot in matriculation colleges for the 2018/2019 session. A clear indication that non bumiputra have been neglected all these years. Something must be done to quickly rectify this lopsided policy.”

Khalid said, “Data from the Statistics Department in 2016 showed that 70% of the Chinese were working class, compared with 72% Bumiputera and 83% Indians.

“We cannot simply generalise that all Chinese are rich. Only a small group are rich ( less than 3%) and that the majority of Chinese are definitely poor and are under the working class. This same statistic applies to the Malays, too.

“Among the Chinese, half of those who work earn a monthly salary of less than RM2,350. This is a difference of only about RM400 from Malays who work. The majority earn low salaries, not between RM5,000 and RM6,000.

“The percentage under Chinese does not differ much from the Bumiputeras, who are also working class.”

Abdul Razak Hussein, Malaysia’s second prime minister, started the New Economic Policy, NEP, which was based on Dr Mahathir Mohamad’s book, “The Malay Dilemma”. Dr Mahathir refused to stop the NEP in 1990. The statistics are long known to the government but they continued with the racist NEP because that allowed them to stay in power, via the fixed deposit constituencies.

The NEP has been abused for the last few decades and must be replaced. We do not want another Umno-Baru 2.0. The New Malaysia policy must be based on need for all Malaysians irrespective of race and religion.

“Wealth disparity among race is only a political rhetoric that is always misused by politicians to point figures at a particular race,” said DAP’s Tanah Rata assemblyman Chiong Yoke Kong

Deteriorating purchasing power, increasing cost of living, non-corresponding income level are issues still faced by all Malaysians.
Hence, we should draft and implement our economic policies not based on race, but based on who needs them.

Need-based economic policies would ensure the most vulnerable group gets help from the government and benefit from our policies.
By channeling help to the needy, we can elevate the vulnerable and poor to where we want them to be.

Please do not victimise or discriminate any race and champion any particular race. Those in power should be colour blind. We are all one family. The New Malaysia is for all Malaysians. Stop using the Chinese as the bogie man or sacrificial lamb in an attempt to further this racial ideologies again. It must STOP NOW.

We, as a multicultural and multiracial family, as citizens of this New Malaysia, appeal to our PM and his cabinet , to model our country into a modern, just and fair nation. This is the time given by God for him to make amend and structure the country back into a “Just and Fair Malaysia”.

By a reader who wants to be known as “Dreaming for a United Malaysia.”

The above quotes which the reader compiled, have been derived from the following articles: