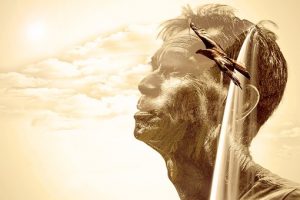 Yin’s (Letters from Ward 5) New Year’s Wish List is a simple, easy list. Sometimes simple things, can be the most difficult things to acquire.
Do you think Yin’s wishes will come true?

Not the same kind of government in a different packaging, but a government with a fresh vision and a new direction.  We have had one party ruling this country since independence and since 1981 (when Mahathir Mohamad took power) things have got worse with each new prime minister until today when our country is in a mess.

We cannot go on with the same old racial policies which have divided the country and which have led to corruption, inefficiencies, the politicisation of our institutions and the lowering of our education standard.

Sixty years of UMNO rule has given the Malays the notion that this country belongs to them and the others are only ‘guests’ who have no right to make demands on the government but to accept (gratefully) what is given to them. UMNO ministers have stressed this again and again over decades.

Only recently the old question of the non-Malays not joining the armed forces was brought up again and their patriotism questioned. It is wrong to say that the non-Malays are unwilling to serve; the records show otherwise. But for a long time the government had a policy of recruiting almost exclusively from the Malay community; which accounts for the small number of ‘others’ in the armed forces. There is also the issue of promotion. When promotion is on the basis of race and not merit it discourages other races from joining. When one is asked to sacrifice one’s life, then one should also be treated equally like the others.

And if the Chinese and Indians are only ‘guests’ in this country why should they bear arms? This is the result of the government’s racist policy.

In fact most of the problems of our country stem from the racist policies of the UMNO/BN Government – the racial division, brain drain, corruption, poor education., inefficiencies.

So removing all racist policies should be the priority of a new government.

We have to bring back English medium education if we are to compete globally.

English is the language of science and technology and international commerce. While Malay has its place, it is not a language of science or technology or commerce. Its use is limited only to Indonesia and Malaysia. The fact that so many of our graduates remain unemployed (unemployable?) because of their lack of English proficiency is testament to English’s importance in the job market.

And what about the humiliation that is brought on the country when our Deputy Prime Minister addressed the U.N. in broken, incomprehensible English or when visitors are welcomed to Malaysia with “Mary Christmas” buntings.

Our prime minister and ministers know the importance of English, why else do they send their children to private schools where English is the medium of instruction. So while they preach one thing they do the opposite.

Decades of appointed mayors and councilors have reduced our local councils to another government department run by bureaucrats  which take orders from the party in power. Local councils have been used by political parties to reward their members for their loyalty and service to the party, by making them councilors. A true local council should represent the residents of the town – not a political party. If the mayor is useless and councilors do not deliver then residents can kick them out at the next election. Now mayors and councilors work for those who put them there – not the people because they know residents cannot remove them.

Restore our first tier of government.

Independence of the Judiciary and other Institutions

Call it poetic justice of you like, but the institutions which Mahathir emasculated has been used against him (and Anwar Ibrahim) and he doesn’t like it.

Now Mahathir wants to restore the independence of the judiciary and the appointment of heads of ministries and government bodies (which I presume includes the Inspector General of Police and Anti Corruption Agency) by an independent panel. While at it, do not forget an independent Elections Commission.

Will 2018 BRING A New Malaysia, With ALL MALAYSIANS AS EQUAL CITIZENS, WORKING TO BRING UP OUR COUNTRY or do we get another UMNO/BN failed government.