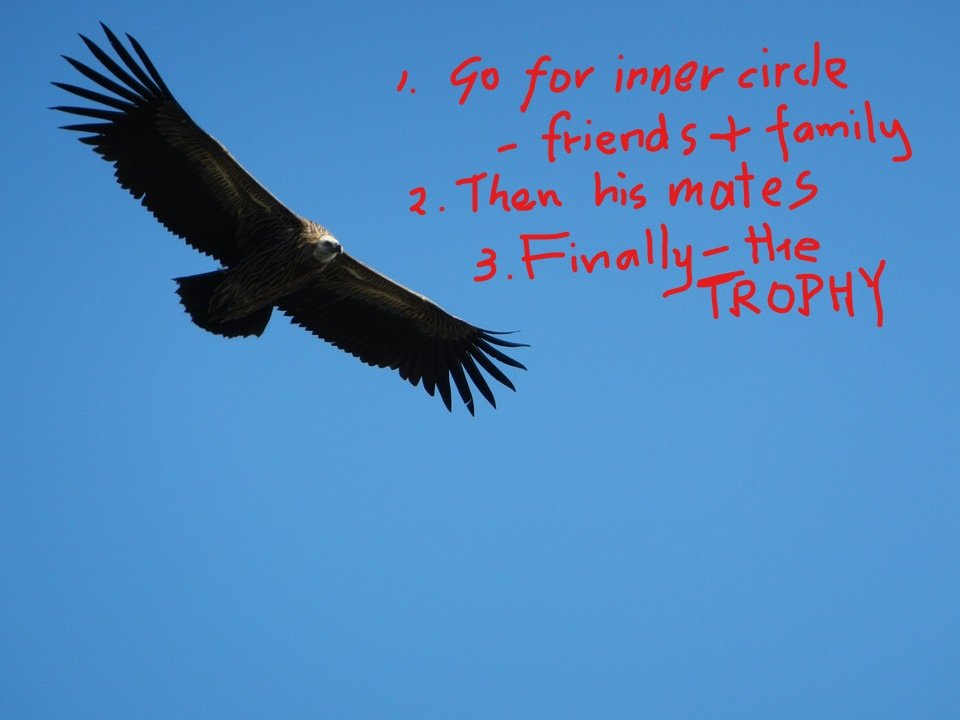 Published in Malaysiakini five years ago, my piece entitled, “Najib could be our Super Hero” is reproduced below. It was in the months before GE-13. Remember how we were left guessing when the date would be?

In the piece, I had asked Najib (tongue-in-cheek) to arrest former PM, Mahathir. It appears that the wheels of power, grind slowly. Or else, Najib’s advisors take a long time to read and act…because today, it appears that Najib has finally acted. Mahathir’s children’s companies are being investigated by the taxman.

This is how Najib will act to neutralise Mahathir. He will take his time, and investigate Mahathir’s inner circle, before he makes his final attack.

More to follow….get the popcorn ready!

The solution is simple: If Prime Minister Najib Abdul Razak wants to create his own political tsunami, reverse the trend set by the federal opposition coalition, and earn the respect of the rakyat, he knows what he must do: arrest former premier Dr Mahathir Mohamad for alleged crimes against the Malaysian nation and for abuse of power.

An approaching tsunami may be preceded by a drastic drop in water levels. Many people died in the Indian Ocean tsunami of 2004 when they went to the beach to see the seabed which had been exposed by the retreating ocean. Experts claim that a receding sea would have given five minutes’ warning for people to get to safety.

Najib faces a discontented public and disarray in Umno-Baru, with divided loyalties and deception at the highest levels. Pakatan Rakyat and various NGOs have exposed alleged corruption involving many millions of ringgit, cases of injustice and the children of VVIPs and ministers receiving unfair business advantages. The exposed seabed before the arrival of the tsunami is a metaphor for all these problems.
Najib will have read the Merdeka Centre survey and seen that his approval rating had decreased, albeit by a miniscule amount, to 64 percent last month, but the decline in approval of his party is more worrying.

He would have recalled that in the 2008 general election, then premier Abdullah Ahmad Badawi had an approval rating of 72 percent, but at the time, BN enjoyed a stronger position than it currently does.

Najib has observed the receding respect of the rakyat for his administration and with the drop in popularity of his own party, he has effectively been given his ‘warning’ before the tsunami strikes.

To rescue his own party and redeem respect, Najib has to be courageous. By detaining Mahathir, he would achieve many things people thought him incapable of.

First, with the arrest, Najib would steal the thunder from the opposition and be able to claim the glory of bringing a much despised man to justice. People are tired of the farcical Malaysian Anti-Corruption Commission (MACC), which catches the small fry rather than the big fish. Countries like Iceland, Ukraine, South Korea and Israel have tried former prime ministers.

Second, and perhaps this is for Najib’s own benefit, he would show the public and especially his detractors in Umno-Baru, that he is no shrinking violet.

It is an established fact that Najib hates controversies. When asked awkward questions during a press conference (PC) – he simply walks away; but governing is not just about PCs. Mahathir keeps his hands clean but with Umno-Baru losing ground, Mahathir’s undermining of Najib has escalated, because the Mahathir political dynasty must continue.

Most former prime ministers and presidents stay out of the limelight and are content to do charitable works or earn big bucks on the international lecture circuit. What does that say about our two surviving former PMs? One does not need the money, whilst the other has little to contribute.

Arresting Mahathir would be in the public interest and Najib should take this risk.

So we come the third point. Najib has always promoted the line of moderation but never, it appears, at home. Mahathir endorsed the extremist Perkasa, claimed that Bersih would topple the government, suggested that Bersih was a clash between Malays and non-Malays, and said that Chinese voters would be the deciding factor in GE13.

Najib should have publicly told Mahathir that his comments compromise national security, but he didn’t. Mahathir has gone from strength to strength, because Najib was too timid to confront him.

If Mahathir were arrested, it might silence all of Najib’s critics within Umno-Baru or force them into the shadows. They are vocal because they have Mahathir’s backing.

Then comes the fourth point. Over the past three decades, our judiciary, police and civil service have been compromised. Billions of ringgit in illicit funds have allegedly been spirited overseas. In addition, families are divided by the brain drain from Malaysia. Members of Najib’s cabinet and party still follow Mahathir’s divisive policies. Arresting Mahathir will show the people who the real boss is.

There is one final twist, which is Najib’s own insecurity.  Najib entered politics at a tender age of 23 after less than two years at Petronas, following his graduation. He is a career politician. How can he empathise with the common man when he has not experienced life outside the corridors of Parliament and of power?

Despite saying that his administration does not practise populist policies, Najib has failed to see the negative public response to his various handouts such as the RM500 of Bantuan Rakyat 1 Malaysia or deals for petty traders and taxi-drivers.

He has tried unconventional methods to gain acceptance – inviting people home to watch football, he’s done the hip-hop thing, gone on Facebook and taken a bus ride in Ipoh, albeit on a luxury coach.

Mahathir is chillingly ruthless, Najib is not. Both are hungry for power but Mahathir is not ashamed to humiliate Najib by undermining his rule.

Mahathir is adept at twisting the truth and is not afraid to take charge, to dominate and to control. Najib is too lazy and would prefer others to do his thinking and controlling for him, as long as he can enjoy the spoils. He should dismiss all his advisers, especially those responsible for the latest humiliating debacle over the Merdeka Day slogan.

Najib assumed the reins of control at a time when people breathed a sigh of relief at Abdullah’s impotence. Mahathir does not have the self-control to manage his own personality and tends to force himself onto others.

How can Najib even carve out a political legacy for himself when he has promoted Isa Samad to head Felda? Even Mahathir had called Isa corrupt! Perhaps, surrounding himself with the tainted might make him look less tarnished.

As we approach GE13, Najib has no one left to ingratiate himself with.

Najib has everything to lose, but Mahathir has not. Now is the time for Najib to turn the tables on his adversary and arrest Mahathir. He must prove his mettle by riding out the tempest of any blackmail attempts. Mahathir’s arrest could also start a domino effect and plug the black hole called Petronas.

If he wishes, Najib could also organise a cull of the known Mahathirists in the judiciary, the police and the civil service.

The rakyat who are engrossed in the closing drama of the mighty Mahathir might even overlook some of Najib’s indiscretions. They won’t of course, but it would at least buy Najib more time.

Then, he might want to consider Abdul Taib Mahmud in Sarawak.