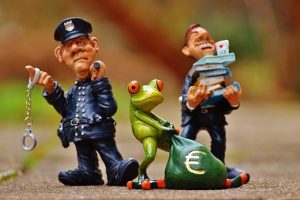 When the police searched former PM Najib Abdul Razak’s residence, in Jalan Langgak Duta, his close friends and family, were furious, but MPs from the new ruling party such as Nurul Izzah Anwar and Khalid Samad, were also displeased.

What should the police do, make an apppointment to raid?

Speak out in the new Malaysia

In the new Malaysia, everyone can speak out, for that is what we want Malaysians to do. To censure. To question. To demand answers.

Dr Mahathir has already said that any investigation into wrongdoing, will be conducted in accordance with the rule of law.

One may ask why the search started at 10pm and not earlier. Who knows? Perhaps, the search warrant had only just been granted.

A warrant has to be based on reliable information and issued by a neutral magistrate. It will only be issued if a crime has been committed and items connected to the crime are likely to be found in the place mentioned in the warrant.

There are also sound psychological reasons, for raids to be done at certain times. 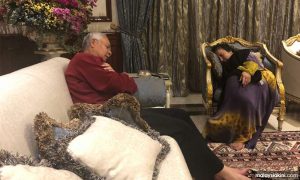 He posted a photo of Najib (and Rosmah Mansor) sleeping on the sofa. This was a deliberate tactic to pull at our heart-strings.

The police found mountains of evidence, which they carted away. The raid started at 10 pm and not, as Nurul stated, in the early hours of the morning. It is not the fault of the police, that the raid took so long. They were probably shocked by the amount of evidence they found. 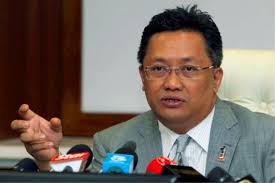 No-one can recall if Abdul Rahman complained about former Opposition leader, Anwar Ibrahim being arrested in a commando-style raid. Nor did he say anything about hounding Anwar with the trumped up charge in Sodomy II.

Abdul Rahman said, “Of course, he can be investigated. No problem. But a little respect, please. He is our ex-PM after all.”

The forgetful Abdul Rahman must have seen the humiliation suffered by Dr Mahathir, when his personal staff, like his cook, driver and secretary, his police protection, and various appointments, were removed, by Najib’s administration. Did he say anything about the lack of respect for Dr Mahathirt, then? Did he condemn the attack on Mahathir at the “Nothing to Hide-Forum 2.0”?

We complain that the PDRM, and a few other institutions, are beholden to the PM’s department, so if Dr Mahathir were to tell the PDRM how not to conduct their raids, that would have been seen as political interference. Do we really know what we want?

If the police’s Standard Operating Procedure (SOP) was anethema to Abdul Rahman, and the other MPs, the best place for them to bring this up, is parliament. 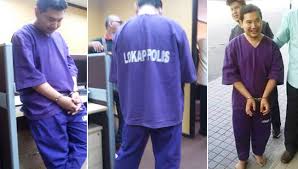 There are several cases besides Anwar’s treatment as evidence. Rafizi Ramli, who following his arrest, was shown barefooted and handcuffed, in his purple lock-up garb. Zunar who was dragged from one police station to another six stations. Maria Chin in solitary confinement for no other reason, but speaking the truth. 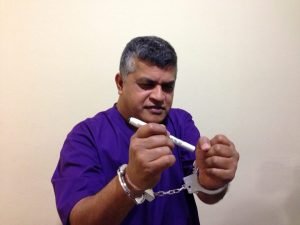 The people who complained about the extended search forget that Najib is responsible for the greatest economic heist in Malaysian history. He mocked us with his sham governance. He made us the laughing stock of the world. We wanted fairness and  justice, we received none. He told the international community that Malaysia was a moderate Muslim nation, but we know that extremist views were allowed to thrive.

If the police were to arrange an appointment, for a search to be done, at a convenient time for the alleged criminal, no raids would ever be conducted, and all evidence would be spirited away, or shredded, long before the said appointment.

The comment about not conducting the raid on the first day of Ramadhan, is another frivolous attempt at emotional blackmail.  All right minded Muslims know that Ramadhan should not be used as an excuse to stop us from doing the right thing. Will we ever grow up, in this new Malaysia?