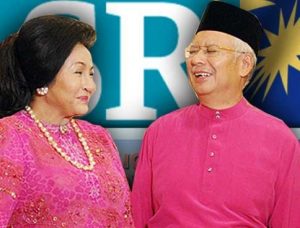 Najib Abdul Razak did NOT fulfil 99.4% of Umno-Baru/BN promises

We are told that Najib Abdul Razak’s favourite number is eleven (11).

That’s not true. His favourite number is five (5).

Yesterday, he promised that a new airport will be built in Perak, at Seri Iskandar, after GE-14. We’ve heard that for the past three elections.

He also said that this new airport will be built over the next five years.

Ahhh…How convenient. Just in time to repeat the same thing, for the next election, in GE-15.

Where is he getting the money from?

Who will pay for this new airport?

His cronies? They have already been bled dry. He cannot squeeze any more money from the rakyat.. The GST is killing us.

Let’s talk about some big promises.

Where is the Ipoh aerospace industry?

What happened to the 2007 promise, to make Seri Iskandar, the hub for Global Flying Hospitals (GFH)?

So, is Perak a developed state? Did I miss something?

Deputy PM, Zahid Hamidi proposed an undersea tunnel from Bagan Datoh to Indonesia. Will this RM78 billion tunnel be another GE-14 empty promise?

Who among his spin doctors is the mathematical genius?

He was very specific. What formula did his spin doctors use,  to be so precise. 99-point-4 %

I think Najib meant to say, BN failed to fulfil 99.4 of their promises. 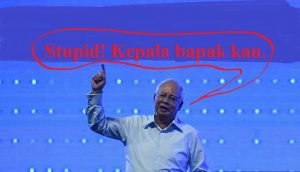