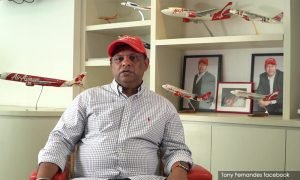 A week before GE-14, the CEO of AirAsia, Tony Fernandes praised the disgraced former PM, Najib Abdul Razak, and told the world that he owed his success to Najib and his government.

Najib lost GE-14 and Fernandes did not know where to put his face.

He came out with a grovelling video trying to get the public back on his side…a bit like a certain person who wanted to get back into the public’s good books. (This man paid RM3,000 for groceries for a number of people in a store in southern Malaysia.)

A few days, ago, we find that Fernandes is being investigated by India’s Central Bureau of Investigation (CBI).

When will big-bosses like Fernandes understand that corruption, and dealing with corrupt people and corrupt governments is bad for business. Today, the AirAsia shares took a dive after the Indian revelation.

Tony Fernandes, before and after GE-14.

Some of us cannot decide on which is the more nauseating of the two videos which the AirAsia founder, Tony Fernandes, made over the past week.

Is it his pre-GE-14 video, where he sung praises of the former Malaysian prime minister Najib Abdul Razak?

Or was it his video, post-GE-14, where Fernandes played the victim of political interference? He said, “I had to protect my baby, but I still love the rakyat. I apologise for buckling under pressure, as I had no choice, and was forced to show support for Najib.”

Today, Fernandes makes himself to be a victim. Haven’t the rakyat been the victims, for many decades, of this sort of political machinations?

Fernandes let Malaysia down, spectacularly. He picked the wrong horse, and was hammered in the court of public opinion.

In August 2011, Fernandes was awarded a share swap with MAS, to the consternation of ordinary Malaysians who did not want a monopoly of the airlines.

Then, when the deal fell through, Fernandes warned in June 2012, that he would operate his fleet and business from Jakarta, Indonesia. The threat worked. In the end, he secured a victory of sorts and remained in Malaysia. That was a different Fernandes from the one we saw last week.

We are just ordinary Malaysians trying to bring down a corrupt regime, but many of us are wage earners, or plain simple folk, and a rebuttal, from a powerful individual like him, would have had a massive boost to our morale. 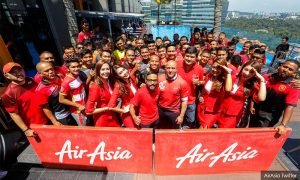 Fernandes may have a business to run and be responsible for thousands of employees. He forgets, that ordinary Malaysians face similar dilemmas. Their lives have been held hostage by Umno-Baru’s regime.

Many Malaysians have been arrested, jailed for sedition, subject to lawsuits, and like Zunar, had their lives turned upside down. Many do not have the clout, nor the resources, to fight political bullies.

At school, and in real life, we are urged to stand up to bullies, or report them. Why didn’t Fernandes? The rakyat would have rallied behind him. A refusal to kowtow to Najib would have been a metaphorical slap in Najib’s face. Instead, he allowed himself to be bullied.

Tony went over the top in his praise for Najib. He painted an aeroplane blue, accompanied Najib on his flight, and his cabin crew were decked-out in blue.

His message was political but in his apology, he claimed he was neutral. 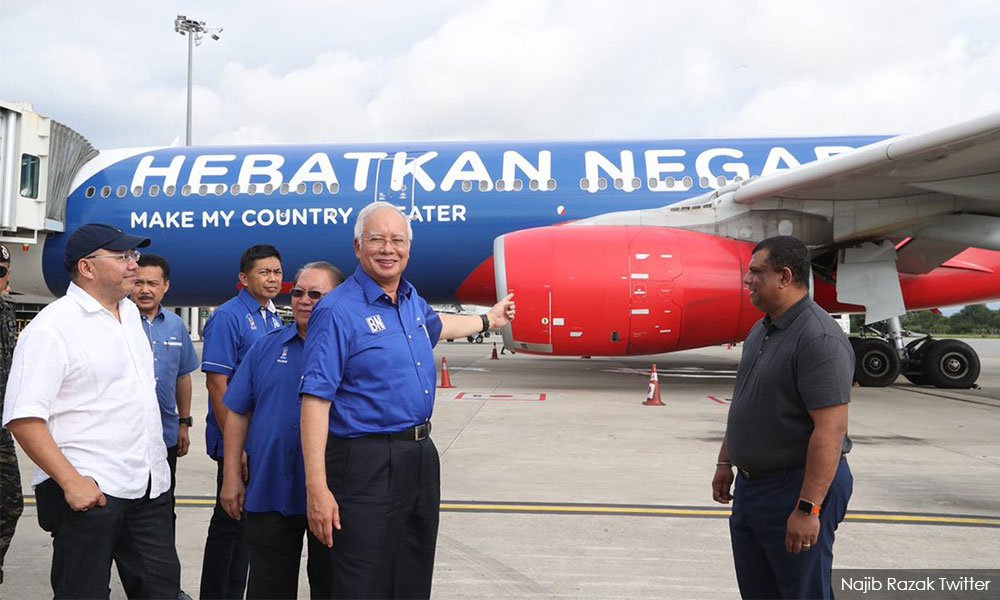 The several hundred thousands of ringgit could have been better spent on charity, staff bonuses or on improving customer services.

A few weeks ago, we vilified the Supermax Corporation tycoon, who apologised for backing the former Opposition. Where will Stanley Thai hide his face, now?

There were many things Fernandes said in his apologetic video. One of them was that Najib’s Prime Minister’s Department put pressure on him to cancel cheap flights for GE-14.

When he refused, he said he received a phone call from Malaysian Aviation Commission (Mavcom).

If Mavcom was issuing threats…

If Mavcom was issuing threats, then Fernandes should have gone public. This was in the run-up to GE-14. Just think of the devastating impact, when the rakyat discovered that a company and CEO had been harassed by a government institution.

We understand the difficulty of running an airline. It is highly regulated by the government.

Ordinary people face similar controls too, but on a lesser scale. The impact is more or less the same. A person who accuses a government department of corruption, will find that his application for approval to run a business, will be placed at the bottom of the pile. In some cases, the application may be lost, and new papers will have to re-submitted. Some have even found that they are rejected on a minor technicality.

Unlike these “small” people, Fernandes has the means to pay lawyers to act on his behalf, to show that the arm-twisting is political, but not the ordinary folk. Some of them may be out of a job, or have to close their small businesses.

Fernandes has his company to protect, and the many breadwinners who depend on him, but so does the man in the street. Many people, unlike Fernandes, did not lower themselves to his level and praise Najib.

Yesterday’s apology from Fernandes prompted one social observer to say: “It has always been about Tony. He is backtracking to protect his reputation.

“He failed the integrity test. He abused our trust, claiming that he needed to protect ‘AirAsia, his baby’.

“Tony failed the rakyat, in their greatest hour of need. His new motto should be. ‘Now, everybody can lie.’ In the end, he just protected himself.”