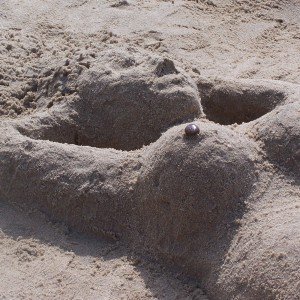 The much-loved and respected Perak mufti, Harussani Zakaria, is tireless in his efforts to make Malaysians the best Muslims in the world. Last week, he again led the charge to tackle the high levels of immorality amongst Malays.

He accused cinemas of being vice dens which deliberately led innocent Muslims astray. He claimed that Muslims were easily encouraged into committing â€˜hanky-pankyâ€™, by being shown â€˜romenâ€™ films, as they sat in their special â€˜romenâ€™ seats, in the dark. â€˜Romenâ€™ seats, also known as â€˜coupleâ€™s seatsâ€™, are two adjoining cinema seats in which the arm-rest between them has been removed for closer intimacy.

In a strongly worded statement, in which he urged that licences for cinemas be revoked, Harussani said, â€œThe cinemas themselves are a vice, what more sitting at couple seats that encourage others to commit vice in the cinemas… No licence should have been awarded, they are there not to watch movies, but to â€˜beromenâ€™.â€ (sic)

Reports claim that last year, Harussani was alarmed at the disappearance of scores of unmarried couples from the streets of Ipoh. An undercover investigation by the muftiâ€™s office found that unmarried couples had found a way to escape the watchful eyes of the moral police.

The couples had been alerted by sightings of plain-clothed moral policemen in restaurants, in parks and lurking outside low-budget hotels. As they did not wish to be caught holding hands in public, or having romantic candle-lit dinners in restaurants, many of the unmarried couples decided that the only way they could have a kiss and a cuddle was under darkness, in a cinema.

Frustrated that the moral police have again been outsmarted by the unmarried Muslim couples, Harussani has urged that unmarried couples should be arrested, whenever they are found, outside cinemas. He said, â€œWe spend so much money for preaching, but our own side is encouraging vice.â€

The Perak Tengah Municipal Council (PTMC) was the first local council to carry out Harussaniâ€™s wishes and persuaded the Lotus Five Star (LFS) cinema, in Seri Iskandar, to snoop on unmarried couples. Seri Iskandar is on the road between Ipoh and Lumut, and has many tertiary education institutions.

Sources within the LFS chain, which operates 25 cinemas specialising in Hindi and Tamil films, claim that there have been several complaints from principals and vice-chancellors, because half of the students were frequenting cinemas, instead of attending lectures.

In a deal struck between the institutions and the local municipal council, LFS has agreed to impose a ban on unmarried couples, using the â€˜romenâ€™ seats.

Despite several requests, the LFS management have refused to state which by-law permits the ban, and cited, â€œNo commentâ€ in all its media enquiries.

In a separate move, the LFS management stated that everyone who purchases tickets for their films, will have to collect the ticket in person and show his identity card to the ticket office. Married patrons, have to bring their marriage certificate, to prove their marital status, to the ushers. The small print on tickets, warns that the lights will be switched on periodically, to allow the ushers to ensure that no unmarried couples have sneaked into the â€˜romen seatsâ€™.

Although no one knows which by-law controls the use of â€˜romenâ€™ seats, the council is confident that the ban will not be challenged in the courts. It is also unclear how the cinema proposes to enforce the ban, or what action will be taken against those who choose to defy it.

Buoyed by the success of the LFS in curbing youth immorality in Seri Iskandar, other cinema chains throughout Malaysia are considering the implementation of a similar ban, as part of their civic duty.

Family Planning Units throughout the nation are also keeping tabs on the ban in cinemas, as they predict a drop in the numbers of unwanted teenage pregnancies and baby-dumping.
Other councils claim new anti-romen units are being set up in each state. The anti-romen officials will have the authority to stop couples on the streets and punish them if they are unmarried.

Harussani has already been praised for creating jobs in government and studies are taking place to see if the ban on unmarried couples can be enforced on public transport, in libraries, on aeroplanes, and especially in the sleeper coaches of KTMB trains.

Unsubstantiated rumours claim that the only people who are happy with the enforcement of this cinema ban, are pirate DVD sellers, who expect a rise in sales.

NB: Published in Malaysiakini on 27 July 2015 under the title “Perak cleric slams romance in cinemas”.