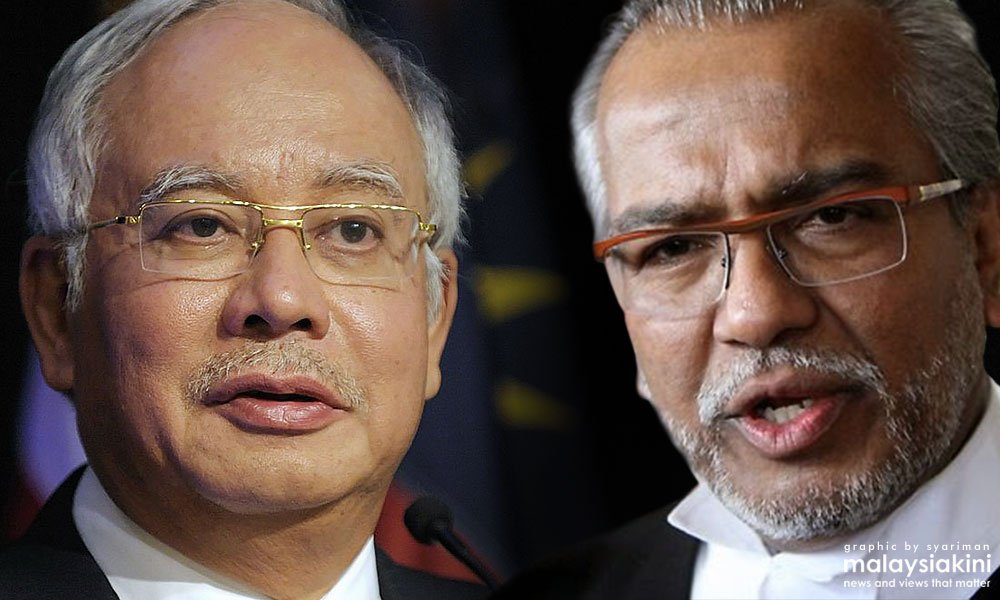 We know that things grind slowly in Putrajaya but the latest denial, from Najib Abdul Razak’s favourite lawyer and close confidante, Mohamad Shafee Abdullah is exceptionally slow. Slow to the point of stalling, but wow, Shafee finally said something….but first…

To recap, on 31 May, Sarawak Report (SR) posted an article which alleged that Shafee had been “one of the biggest individual recipients of money from Najib’s 1MDB slush fund accounts”.

For those of you who may still be unaware, the 1MDB money is money which has been stolen from the Malaysian taxpayer. In other words, duit rakyat. Your duit!

The lead prosecutor in the trial of former Opposition leader, Anwar Ibrahim, in Sodomy II.

Anyway, this is the excerpt from the first two paragraphs of the original SR article on that day.

“According to the documents obtained by Sarawak Report, the controversial lawyer Muhammed Shafee Abdullah was one of the biggest individual recipients of money from Najib’s 1MDB slush fund accounts.

Shaffee, who is known to be an extremely close confidante of Najib and who was controversially appointed as the public prosecutor during the appeal against the acquittal of opposition leader Anwar Ibrahim on sodomy charges in 2014, received two payments.”

A screenshot from SR’s article is shown below.

Five months and one week later…

Reporters pressed Shafee for his comments about SR’s allegation, but he kept quiet and when they pressed him again, he finally blurted, ““I will issue a statement, but not today...”

Little did we realise that “not today” would mean….five months and one week later!

We wrongly assumed that “later” would mean next day or in a few days time.

Reporters also pressed Najib about the SR allegation. They need not have bothered. Najib runs a mile when he has to make comments in important matters such as this, or when asked to enter into a debate.

Pulled the wool over judges’ eyes

Yesterday, Malaysiakini reported that the High Court has struck out Anwar’s originating summons to set aside his Sodomy II conviction based on the SR allegation.

Guess what! Shafee finally broke his silence about the SR allegation. He said, “I wanted to make a comment, but the suit was filed and hence I could not comment.

“I filed an application to strike out and also the affidavit in support and I can say now it is total nonsense. It is also there in the affidavit which I filed.”

Shafee, the judges may believe you, but there is no way you are going to pull the wool over our eyes.

If you cannot count, Shafee, SR’s allegation was made on 31 May. Anwar’s suit was filed nine (9) days later.

In those nine days, we wanted your remarks but you kept quiet. You and Najib.

If you think SR’s allegation is wrong, why not go after SR?

So, Shafee. What have you to say about this?