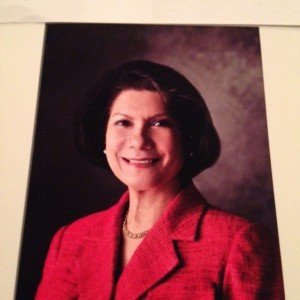 With her razor sharp mind and equally sharp tongue that can slice through any argument, Noor Farida Ariffin is every inch a fighter. So donâ€™t let her string of pearls, pale eye-shadow, pastel coloured jacket and welcoming smile fool you.

The effervescent Danny Quah, Professor of Economics and International Studies and Director of the Saw Swee Hock South East Asian Centre of the London School of Economics (LSE), helped facilitate Faridaâ€™s talk on â€œFighting Religious Extremism in Malaysiaâ€ in London recently. Despite the exam period, when many students were not available, the event was packed with Malaysians and other nationals. There was standing room only at the back, and late comers were relegated to an adjoining room.

Quah called Farida a â€œpatriotâ€, a â€œtrue public servantâ€ and a â€œgenuine Malaysian leaderâ€. He also praised her peers in the G25. The G25 is a group of 25 prominent Malaysians, comprising former diplomats and heads of the civil service, who have sought to â€œreclaim Malaysia from racial and religious extremismâ€.

Quah said, â€œThe kind of vitriol and rhetoric that is peddled by intolerant extremists threatens to poison the nation. â€œNow, more than ever, we need voices such as Her Excellencyâ€™s to speak out and help us all come together.â€

Farida gave a brief but comprehensive review of the incidents of rising religious extremism in Malaysia. She expressed disappointment that the countryâ€™s so-called leaders had allowed Malaysia to slip downhill.

She said that Malaysia once prided itself as a model of racial harmony and a nation that could display a multicultural and multi-religious society to the rest of the world. But the current reality, she said, was a disturbing picture of Islamic NGOs and religious authorities wielding power over a cowed population, with the Malays being watched by a brutal and unapologetic moral police who act like thugs and the non-Malays and non-Muslims subject to intense provocation.

She gave a laundry list of vile acts which involved body snatching, the conversion of minors, the â€œAllahâ€ issue, the seizure of Bibles and the actions of born-again Muslims. She also spoke of Muslims being persecuted through mindless acts perpetrated by the religious authorities.

In 2012, the mean spirited religious authorities hounded Nik Raina Abdul Aziz, called her a lesbian, and made her life a living hell by persecuting her because the book â€œAllah, Liberty and Loveâ€ by Canadian author Irshad Manji was sold in the book store where she worked.

The book had not been banned by the Home Ministry. Despite the case being thrown out of court, JAWI lodged an appeal and refused to show any compassion towards Nik Raina and said that â€œit was not their problemâ€.

Concern over the disturbing developments of the last few years and the creeping Talibanisation of Malaysia prompted the members of the G25 to express their disgust at the corruption of Malaysia. The original G25 has expanded to 40 members and is still growing. Farida hopes that they would be the catalysts for change.

She said, â€œThe secretaries-general of the various ministries, former diplomats, directors-generals, heart surgeons, etc are establishment figures. They are not rabble rousers. So, we said, â€˜Enough is enough.â€™â€

Farida added that an open letter from the G25 to PM Najib Abdul Razak had caused a stir in the nation, which had prompted more of the silent majority to begin speaking out.

Farida was in no doubt about the start of the rot. She cited former premier Mahathir Mohamadâ€™s role in changing the Constitution in 1988 to make syariah law on par with civil law. She said, â€œHe declared Malaysia an Islamic state, which is not true.â€

She expressed horror that fatwas were legally binding in Malaysia, whereas in the rest of the world, they were just legal opinions. She said that hudud law was in clear violation of the Federal Constitution.

â€œWhat they are doing is tarnishing the image of Islam,â€ she said. â€œThe way they are interpreting the religion is wrong. They have hijacked the religion.â€

Angry that the current leadership has politicised Islam for their own ends, she described the plight of the East Malaysians and said, â€œWho can blame the Sabahans and Sarawakians for wishing to secede?â€

Her detractors have called her an apostate for opposing the implementation of hudud. She said, â€œHudud is not Allahâ€™s law. Corrupt businessmen, in cahoots with equally corrupt politicians, steal from the national coffers and get away with their crimes. An unemployed man steals to feed his family and gets his hands chopped off. Is this justice?

â€œThe first principle of Islam is upholding justice. These people do not know what they are doing. From ancient times, the history of religion is of the priestly class always arrogating to themselves power and control over their followers. It is all about power.â€

1) Dato’ Noor Farida was speaking at the London School Economics (LSE) on 13 May 2015. Her talk was called “Fighting Religious Extremism in Malaysia”.

2) The event was organised by Professor Danny Quah, Professor of Economics and International Studies and Director of the Saw Swee Hock South East Asian Centre at LSE.

3) The talk was supported by the Monsoons Book Club a not-for-profit organisation which aims to promote intellectual discussions amongst those from â€œthe land where the monsoons meet”, particularly South East Asia.