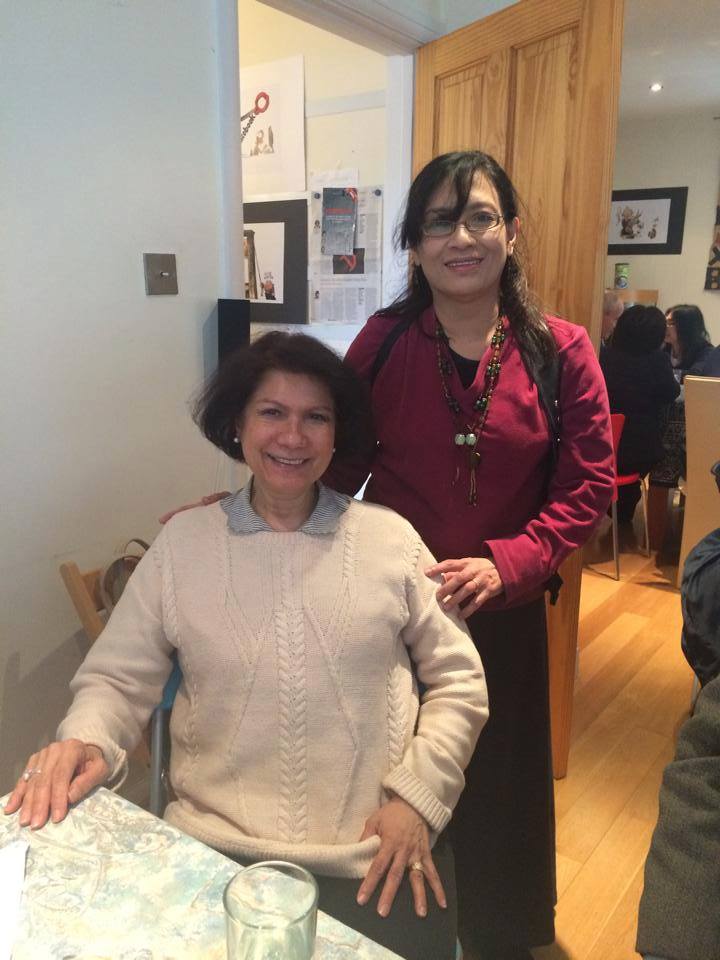 The Monsoons Book Club invited Noor Farida Ariffin, the former Ambassador to The Netherlands and the spokesman for the G25 group of eminent Malaysians to give her views on the latest developments in Malaysia.

In the video below, Noor Farida offers her frank assessment on a wide range of topical subjects. Her discussion starts with the Amendment to Act 355, in which she urges Malaysians to oppose PAS president, Hadi Awang’s Hudud Bill, in particular the residents of both Sabah and Sarawak

Other topics range from the Opposition struggles to the offensive remarks made by the Tasek Gelugor MP, Shabudin Yahya about rape, and her views about the Malay psyche are particularly revealing, as are her views on the Malay woman.

She says, “I am appalled by the low level of understanding of Islam by Malays. They are treated to a diet of conservative interpretation by the ustaz and government TV. Emphasis is on tudung, haram and halal food… Nothing about justice, compassion, mercy and kindness…

“…Our religious authorities are so judgemental, so holier then thou. Who are they to condemn people for not praying. They are so shallow, self-satisfied and smug…”

A boy’s death exposed many failings in the different ministries. Noor Farida’s message for her colleagues in the civil service was for the head and ministers “to strengthen public institutions”.

The breakdown of this talk is below. For her response to a question, click the time, in brackets, along the time stamp in the video-clip.

Noor Farida was also asked if Tourism Minister, Nazri Aziz, who said he disagreed with Umno-Baru’s support of the Bill, is a lone voice.

The Opposition appear to be in disarray. Umno-Baru is in bad shape with infighting nad power struggles. TDM is giving Najib Abdul Razak a massive headache. The small fish in corruption are caught, whilst the big fish swim away. The cost of living is going up, Crime appears to be on the rise. The rakyat is fed up and feeling despondent.

Do you think people  should still register and go out to vote, especially as many think their votes will NOT make a difference

The moral dilemma faced by Malaysian parents is either to strive for national unity or to think of one’s children’s future? How can this dilemma be resolved?

Should these schools be banned?

In the Johore cycling tragedy, some parents said that the deaths of their kids, was “takdir tuhan”. Nothing was mentioned about discipline or breaking the highway code or the fact that teenagers were roaming the streets at 3 am.

How can we break this Malay fatalistic streak? Isn’t it just lazy parenting or Malay apathy and unwillingness to take responsibility for their lives?

The Umno-Baru MP for Tasek Gelugor, Shabudin Yahya, said that rapists who marry their victims will help to cure social ills. He also said other offensive remarks that girls as young as 9 can be married off, especially as they have bodies of 18 years old.

Instead of criticising him and making him retract his statement and apologise, the Minister for Women and Family Development, did not censure him but played the “obedient political wife”. The Penang Umno-Baru Wanita chief, Jahara Hamid, told a furious Malaysian public to “understand our religion” and “not to misinterpret us”.

Who do girls turn to, when people in leadership roles don’t treat rape seriously?

When the young boy died, we heard nothing form the muftis throughout the land, nothing from JAKIM and nothing from Malay leaders, apart from the few, who absolved themselves of any blame.

People accused others of proselytising the Malays, but the forced conversions of Orang Asli, or parents who convert to Islam, and of indigenous people in East Malaysia going home from boarding school, as Muslims.

When will the Malays wake up from their slumber?

8. Will the Malay woman stand up for her rights instead of being bullied? (45:20 min)

Her words are worth less than a man. She is told that she must stay at home and be a homemaker, and make babies and look after them and her husband.

What is happening with so many people disappearing in Malaysia?

What is your advice to your former civil servant colleagues about governance and good practice?