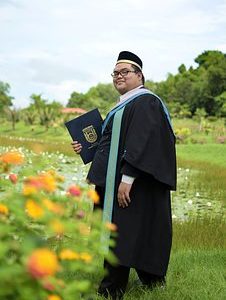 Some students have already been given places in their chosen university. Others are preparing to attend universities overseas later in the year, but a sizeable number of students have yet to make up their minds, about which university to choose from.

If you are a parent and your child has not made up his mind, do not despair. I have compiled an check list for courses at (i) The University of Umno-Baru (TUUB) and (ii) at a normal university.

For normal universities, you apply and hope that your grades match the course entry requirements.

In TUUB, your connections are more important. Sycophancy helps. A family with political pedigree is an advantage.

Some universities are geared towards a particular academic field, sport or creativity.

TUUB excels in human behaviour and business opportunities, but not in the ways you and I think. You are also taught how to make people dependent on you.

Students enrolling in normal universities, usually consider attributes like an active nightlife, or distance from home (to take the dirty laundry home to mummy).

The main campus for TUUB is in Putrajaya, but smaller campuses are also found in all the major cities and towns. Students who want a very active political life, opt for TUUB, in Putrajaya. If they excel, they will become political research assistants and in time, can become politicians. TUUB develops your skills at back stabbing, telling fibs and manipulating public finances.

Most students look carefully at the course information and have to decide if the course will stimulate them for the next three or four years. They don’t wish to become a drop-out.

Students of TUUB know that their course subject, will change their lives. Some of them will be set for life, in their chosen field. It can propel someone from rags to riches. The drop-outs will be those with a conscience and strong moral values.

In normal universities, a student is assessed on his coursework, practicals, exams, presentations, tutorials and group work.

In TUUB, loyalty to party and to one man, the leader, is important. Dissent is not tolerated and the student may be expelled. Some students may need to prove their loyalty, by doing things, for the Finance Minister, or the self-styled First Lady of Malaysia.

Normal universities collate information, which shows what happens to the graduates, after their graduation. The successful ones opt for further study or research, others work, or become unemployed.

Graduates of TUUB enter a highly competitive environment and must look over their shoulders all the time. Their chances of promotion increase if they are proficient at back-stabbing, betrayal or when the person at the top dies, retires or is expelled.

After some courses, a professional body will give accreditation to the student, who may then practice a specific profession, like nursing.

In TUUB, the only professional recognition is the state of the knees of the graduate’s trousers. If the knees are well and truly worn, recognition has been won.

The best graduate earns a plum post, and when he retires, he will be rewarded with a post in a GLC. No work is needed from the director. He will merely attend some meetings, to enjoy all the perks, including first class travel, car, chauffeur, and entertainment allowances.

If he is a senior politician who has acted disgracefully, he is not retired off. He will be rewarded with a post as chairman or CEO of a GLC.

All Umno-Baru billionaires have graduated from TUUB.

Ahmad Bashah Md Hanipah, the Kedah MB, created a stir, with his declaration, that he had learnt all he needed to know, from TUUB.

Please note that TUUB graduates are only found in Malaysia.

People like Richard Branson, of Virgin and Alan Sugar of Amstrad, became successful millionaires because of hard work, despite not having a university degree. 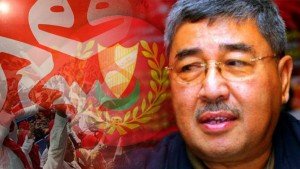