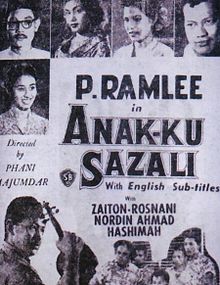 We lived under disgraced PM Najib Abdul Razak’s reign of terror for a decade. Thugs like Jamal Yunos and his Red Shirts would terrorise peaceful demonstrators, others would gather outside the then Opposition party offices and daub chicken blood as a warning. They would assemble in front of the homes, of people like Ambiga Sreenevasan to perform butt dances. People like the playwright Hishamuddin Rais was kidnapped in broad daylight whilst walking towards Dataran Merdeka. Pastors who minded their own business were abducted. 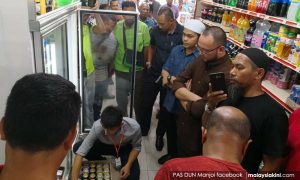 That is why the incident on 24 May, when a group of men entered a convenience store at Gugusan Manjoi, in Ipoh, and bullied the staff into removing the stock of liquor from the shelves, fills us with horror. They crowded around the helpless shop assistants and warned them to remove the bottles of alcohol, otherwise they would smash them. 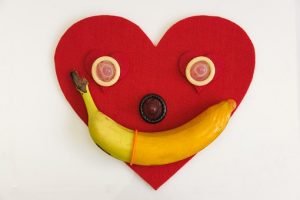 There are many religions which do not allow premarital sex or adultery, but that does not give those who disagree with sex outside of marriage, the right to demand that a shop-keeper removes his stock of condoms from the shelves. Neither do they have the right to force the pharmacist to remove her stock of morning-after and birth control pills. 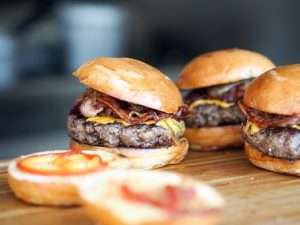 Similarly, Hindus do not enter grocery shops and demand that the owner removes cans of corned beef, frozen burgers and steak from the shelves.

Many Muslims, both conservative and the more moderate ones, find the actions of the Manjoi mob, reprehensible and abhorrent. 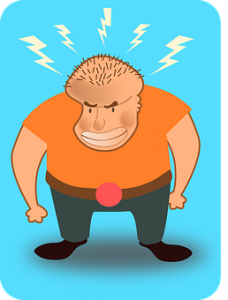 One elderly Hajjah, who read about the men and watched the video, said, “These are not Muslims. These are thugs who happen to be Muslim. These samsengs use the religion to promote their personal agendas.

“They broke the peace, harmed community relations and probably made nearby businesses fear for their livelihoods.”

Claiming to be representatives of various Muslim NGOs, these men told the management that they were forbidden to sell liquor in the store, because it was a majority Muslims area. They threatened that they would take further stern action if the store continued to sell liquor. 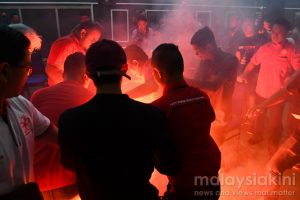 Who do these men think they are? Is this the Perak branch of Jamal Yunos’ Red Shirts, the group of unruly men who terrorise neighbourhoods, under the protection of Umno-Baru? Are we seeing the return of the extremists who invade our privacy, and ride roughshod over every community, which they think does not live according to their rules?

We do not want to return to the reign of terror of Najib Abdul Razak, when people who tried to ensure justice, good governance, fairness and equality were harassed by people like the thugs from Manjoi.

When the video went viral, some people wondered why the shop assistants complied with the thugs. What choice did they have? If they had refused, there was a chance that the thugs would have harmed them and trashed the shop. Perhaps, they would have returned, later that night, with more people, to  do more damage, who knows?

Why should we allow thugs to dictate how we lead out lives? The shop did not force Muslims to drink alcohol. The items were clearly labelled, but the thugs’ actions are pure arrogance, and are symptomatic of the previous Umno-Baru regime.

Whether or not the store has a liquor licence does not give the thugs the moral authority to demand their orders be obeyed. They could have issued a police report about this, or complain to the Department of Domestic Trade. 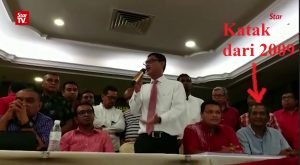 The police have since started an investigation, but it is worrying that the Perak Mentri Besa, Ahmad Faizal Azumu, was rather timid in dealing with these thugs. After all, he is from Manjoi and he must realise that the only way to stop this sort of arrogance is to nip the problem in the bud.

This is a critical time for all Pakatan Harapan state administrations, because there are allegations that Umno-Baru, with its vast reserves of cash, is instigating and funding such displays of intimidation, to de-stabilise the state governments. To engineer a return to Umno-Baru.

We must keep our guard and be ever watchful.

The Perak MB might wish to watch the P. Ramlee movie “Anak-ku Sazali”, which was released in 1956, about a doting father who spoils his son, and the consequences of failing to censure bad behaviour.