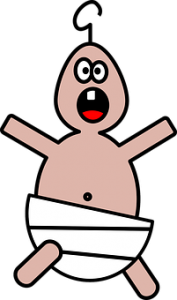 On Friday 15th March, the proceedings for the former PM, Najib Abdul Razak, in the Court of Appeal, had to be temporarily stopped because Najib had “disappeared”. Please note that on 12 March, the trial was delayed by the “dog-injured-my-lawyer’s-wrist” incident, and today, 18 March, Najib had to be prodded by a police as he had dozed off. (Hopefully he was not snoring!)

On 15 March, all the lawyers, as well as the panel of three judges, were unaware that Najib was not in the courtroom. Apparently, he had gone to the toilet without telling anyone, including his lawyer.

The chair of the panel of judges was forced to suspend the proceedings until Najib returned from the toilet. (Attention seeker! Likes to disrupt things!) 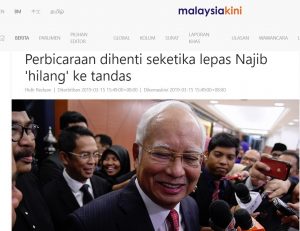 What is so bizarre is that the police did not stop him from leaving the courtroom. Are the policemen not familiar with court procedure? Maybe the police have forgotten that Najib is no longer the PM?

I have no desire to talk about either Shafee or Najib, but there are four things to discuss, about the simple rules of going to the toilet. 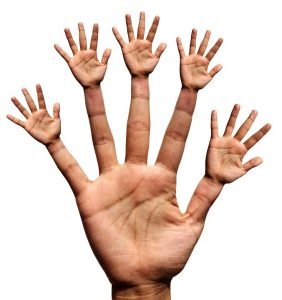 When we first attended schools, even at the kindergarten stage, we were taught that if we wanted to go to the toilet, we should put our hands up and ask teacher’s permission to leave the classroom.

It is just simple courtesy and good manners to which most of us adhere, even in our old age. 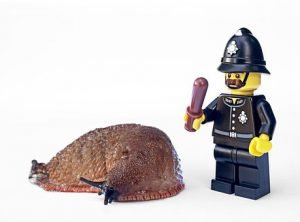 If we board a plane, the pilot is boss. We follow his orders. Teacher is boss, in class. On the sports pitch, on ships, trains, on the battlefield, there is always someone who is in charge.

Similarly, in court, the Judge holds the highest authority. Presidents, or CEOs, or Tan Sris, or princes, or millionaires have no power when they enter the courtroom. They cannot do as they please. There are rules to obey and those who are disrespectful to the judges, are in contempt of court. 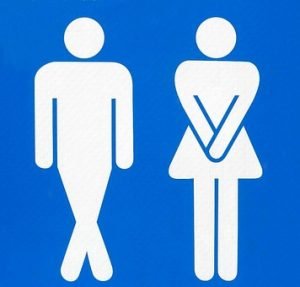 Third. The importance of planning

Our parents and teachers taught us to go to the toilet first before doing work or before we embark on something which we know will take a long time to complete. We go to toilet before a movie is shown. We go to toilet first, before a car journey which may take several hours. Who knows, there may not be a public toilet on the journey.

We should go to toilet before attending court. 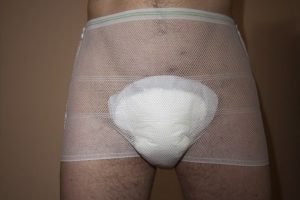 Adult pampers for the man who is always-on-the-go

If we do not want any interruptions to our work, there are some tactics that can be employed. Astronauts, athletes, lorry drivers, patients with bladder or mild urinary problems, always use this item.

Adult diapers are perfect for people on the go. They are made for both men and women.

Check out this demonstration. For some brands, the diapers can absorb about 4 cups of water (at minute 4:20). So, for former heads of state who have to go to court, they can consume many glasses of teh tarik and need no excuse themselves to go to toilet. Isn’t this perfect?

There are many benefits of using adult diapers. If one is in a meeting, one does not need to stop the meeting, to go to the toilet. Adult diapers do not leak. The diaper will not fall out of one’s briefs. It is simple to use and a spare pack of diapers, can be neatly hidden away in our pocket or briefcase.

Anyone who uses adult diapers, need not go to the toilet and interrupt others. So we can focus on the examination paper, the meeting, the sports activity, the film or as in the case of one former PM, the court proceedings.

Without any interference, everyone can concentrate and focus.