The photo tells it all. It was an incident which shocked Malaysians, in June 2016. 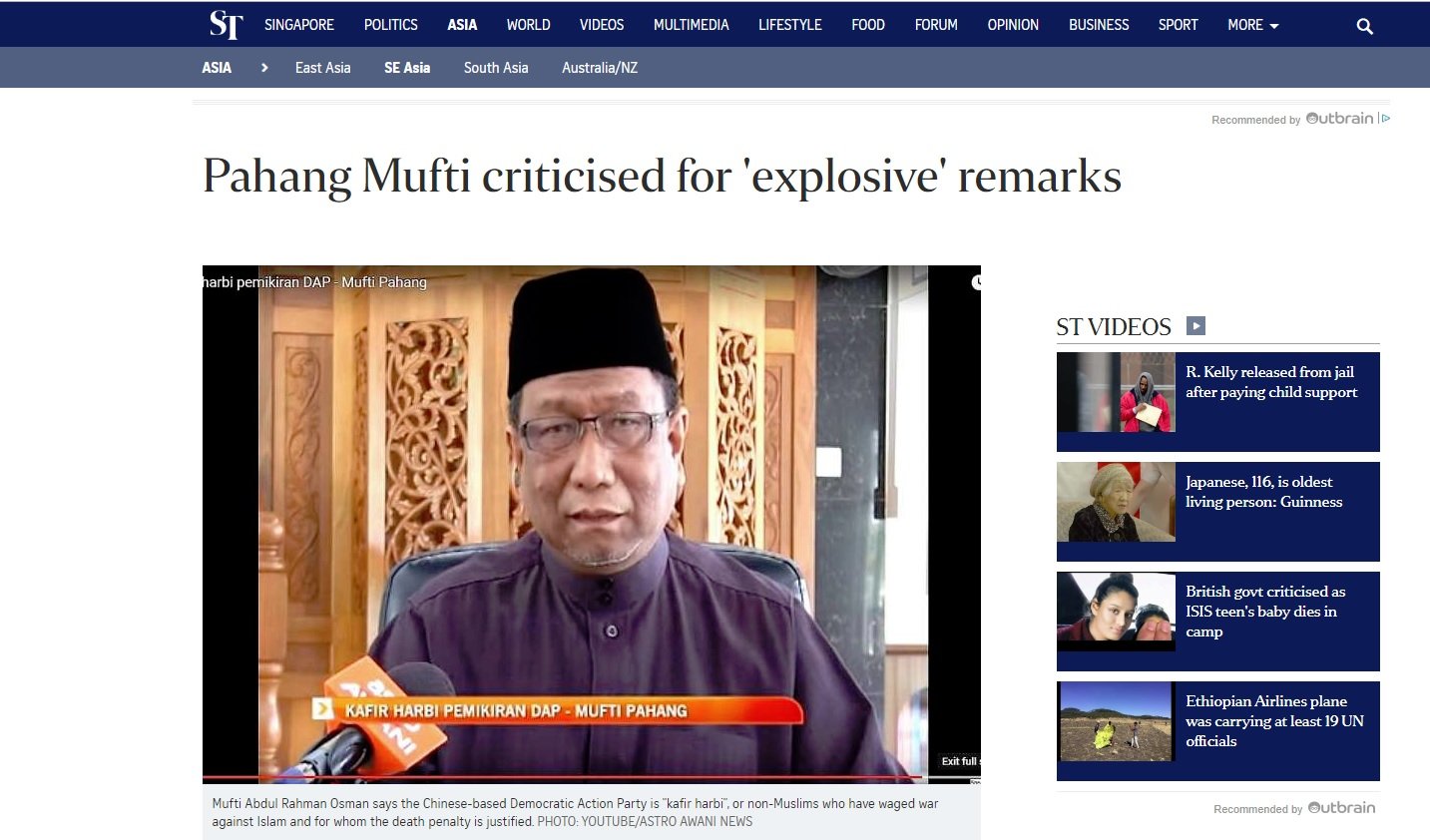 Today, we are reminded and warned NOT to insult other religions. Islam has been around for several hundred years. It will be around for more and does not need protecting, but Muslims who incite violence are another story.

We agree that people should not insult others, religions and all, but please make sure that double standards are not being practised.

In 2016, the Pahang mufti made some incendiary remarks, but I do not recall, the former administration of Najib Abdul Razak, Malaysia’s disgraced PM doing anything about it, apart from a rap on the knuckles and a standard, “Jangan buat lagi ya!” (Don’t do it again.)

This is an excerpt from the paper… The Pahang mufti,  Abdul Rahman Osman,  said that parties like the Democratic Action Party (DAP) are “kafir harbi” – non-believers who can be slain – as they are against Islamic laws. This is what Abdul Rahman told Umno-owned Utusan Malaysia.

Shocking remarks from a man of the cloth!

We should remind others of this man, and his explosive remarks.

Today, let us hope that this PH government does NOT practise double standards. People like the Pahang mufti and others who behave like him, should be kicked out of office and replaced as soon as possible.