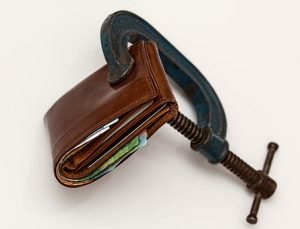 Instead of vilifying those who hold a different view from them, perhaps Pakatan Haparan (PH) and its cybertroopers should look at how to win the votes that matter. Instead of blaming ‘dissenters’ should they lose GE14, PH should concentrate on how it can win.

The reality is that the ‘dissenters’ do not make a difference since most of them are urbanites and the urban seats are almost all safe PH seats (at least for DAP and PKR). Whether these people vote or not, or spoil their votes, does not change the political balance.

So perhaps PH and their supporters should cease bashing the ‘dissenters’ and move on.

The real contest is in the rural seats, and in Sabah and Sarawak.  PH knows this, that is why they gambled on Mahathir Mohamad – despite their vastly different political philosophies. (The only common ground they have with PPBM is that both want to get rid of Najib/UMNO).

They think he can win the rural Malay votes for them – he is certainly not going to win the urban votes. They don’t mind alienating a large section of the non-Malays because these are in urban areas – their fixed deposit. The votes of the ‘dissenters’, as long as they do not go to MCA, MIC or Gerakan will not affect the outcome in urban seats. And there is no reason why they would vote UMNO/BN. Whether or not Mahathir will win over sufficient rural Malay votes is another matter.

What will it take for PH to win the rural seats? Surely not talking ad nauseam about the 1MBD scandal which like Astro’s repeat of reruns, has become boring. In any case most rural folks do not understand it anyway.

Surely not issues like transparency or accountability or corruption which may resonate with urbanites; but by and large is over the heads of kampong folks who are more concerned with bread and butter issues.

The price of palm oil, petrol prices, the rising cost of foodstuff and everyday items which are affected by the GST, are what concerns most people but especially the rural community.

Talk of a healthy economy by the government – even when supported by statistics, cut no ice with the kampong folks who see their ringgit buying less and less, week by week. They want to know how they can make ends meet, as income lags behind the cost of living.

Jobs would be another issue that has repercussions even in the kampongs. Fathers want to know why their sons and daughters who left in search of jobs are jobless despite many being graduates. If the economy is so good as UMNO tells them, why are their children unemployed? And if our education is so good why are private companies not employing graduates from local universities? The plight of their children who left the kampong for the cities will influence the rural population.

The price of palm oil is not something the government can control and in the current market the earnings will impact on the Felda settlers.  The corruption in Felda will resonate with the rural folks because they can see a direct connection (unlike 1MBD). 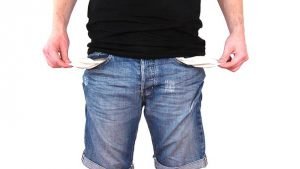 How to “cari makan”

The reality of GE14 is about who can make ‘cari makan’ easier. Good governance or high ideals or even Najib’s alleged theft of the nation’s wealth come a poor second to ‘cari makan’. In any case, Najib can always point to Mahathir’s poor  record on his handling of money matters (Mahathir’s baggage means that he cannot throw mud at Najib without some sticking on himself).

Incumbency is an advantage UMNO/BN has and people can be bribed. This makes it even more important that PH emphasises GST which was brought in by the government and which has directly caused prices to rise and made life miserable for Malaysians. This is an issue Najib cannot make a U-turn and is thus a sitting duck for PH.

Unless PH can promise kampong Malays a brighter future and a better life, it will not win. Mahathir may draw the crowds with his attacks on Najib and UMNO, but this is just theatre. It’s quickly forgotten when the reality of having to make a living bites; and as long as the voters think only Najib can butter their bread they will vote the government.

Promise them prices will come down with the end of GST. Tell them petrol prices will not rise under a PH government, and add to that, that the government will take back toll roads. And that when they end the contract with the independent power providers (created by Mahathir’s cronynomics) electicity will be cheaper. Tell them FELDA ownership will revert to the original smallholders who will again have direct control of their plots. Guarantee them a base return which will be a living wage, for their crops. And that if prices go up it will benefit them directly, and not the speculators in the stock market.

In short, promise to put money in their pockets – not with short term bribes as surely Najib would do, but with a restructuring of institutions like FELDA.

Promise jobs for their children when foreign investors come in, because they are attracted by a more efficient and honest government. Promise them that our education will be improved to make our graduates more employable so that their children do not have to sell nasi lemak after spending four years in university.

Guarantee more money in their pockets and a better life. These are what resonates with the rural Malays – as with all Malaysians.

The real battle is in the kampongs. PH should focus its limited resources where it matters-  not on urban constituencies and attacking ‘dissenters’.

Politics always follow economics, and economics win elections. If PH understands this, it has a chance, despite the gerrymandering, the bribery and even the spoiled votes.