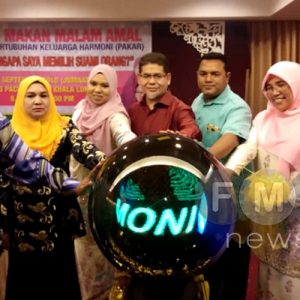 Something has gone wrong with our education, when Malaysian women in a polygamous marriage, tried to justify their husband’s lust as “fulfilling God’s command”.

I ask you, “Would you marry another woman’s husband?”

Most women will say “No! It is wrong.” Moreover, they would not want it to happen to themselves. Some women will respond with,  “Why would you steal another woman’s husband?”

Yesterday, a small group of women, who were panelists at a pro-polygamy forum with the title, “Why did I marry another woman’s husband?” were adamant that polygamy was of more benefit to women, than the men.

They were all in employment and had stable incomes. They claimed that they had more time for themselves, and one went so far as to say, polygamy empowered her. 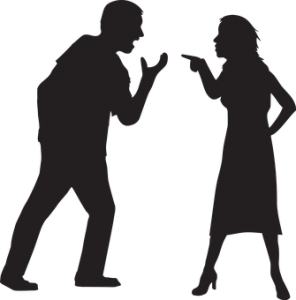 The Association of Harmonious Families (Pakar)

The talk was held to launch their two-month-old organisation, called the Association of Harmonious Families (Pakar). Instead, the talk became the subject of ridicule and disgust, on social media.

These women should keep their dirty pillow talk to themselves. They should not try to justify the lust in some men, with talk about sacrifice and God’s command.

Isn’t it pathetic to hear one wife ‘s claim, that it is a small sacrifice for a big reward in the afterlife?
Another said that being able to let go of jealousy over her husband, by sharing him with the other wives, to “fulfil God’s command”, and  that she felt “empowered“ by the experience.

Sharifah said that the polygamous marriage gave her more “me time”, and that her working and looking after her children, meant she was often too tired to carry out her wifely duties.

Does Sharifah not realise that other women have jobs and children too? They don’t tell their husbands to run off with another woman, so that she can rest. Perhaps, Sharifah needs better time management. Perhaps, her hubby can help with the household chores and childminding responsibility. 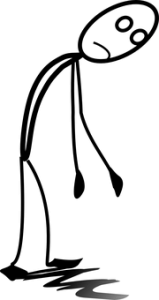 In Sharifah’s case, all her hubby has to do, is to ignore all these family responsibilities, and run off to the bed of another of his wives. How convenient! When will the father learn about parenting and being a modern father and husband or family man.

Haryani claimed  that she was able to share, her “God-given responsibility” to her husband, equally with other women, and because of this, she could devote more time to her own interests and hobbies.

Does her husband have any interests and hobbies? Or is he busy flitting from one marital bed to another marital bed?

Sumaiyah said she had introduced her husband to his second bride, who happened to be her best friend from her university days in Jordan. 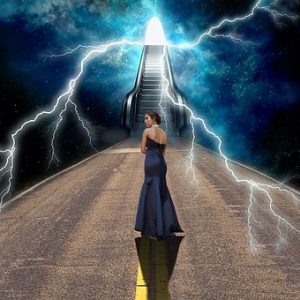 Obsession with the afterlife

Sumaiyah said, “It is a small sacrifice for a big reward in the afterlife.”

Sex. Sex. Sex.  It is all about rewards in the afterlife.

The man is promised 72 virgins for the afterlife.

The woman is often told to give herself to her husband’s desires, to be rewarded later, in the afterlife, but what does she get? A set of kitchen tools? A mop and bucket? 72 studs?

Sumaiyah said that she and her co-wives were able to  “live happily under one roof”, whilst Nurul said that she did not feel jealous because she was sharing her husband to “fulfil God’s command”, and that it was a form of “female empowerment” for her.

Others will think she needs to check into Tanjung Rambutan,.

She also said that instead of depending on a man for fulfilment, women would have to learn to depend more on themselves and on God.

If that is the case, why does she want to get married? For some women, fulfilment comes with two batteries and a plastic toy. 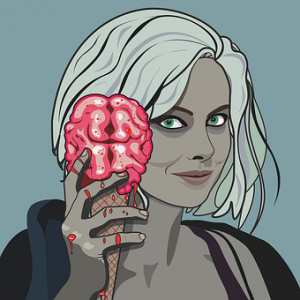 The panelists may have agreed that husbands had a heavy responsibility in ensuring fair treatment of their wives, but in this forum, no one has said what the husband does.

Is he unemployed? Did he buy each of them a house and car, or is he asking his wives to buy their own cars and homes? Do the women pay for his keep?

Sharifah was furious when a reporter said the she had been “brainwashed” and she declared, “I chose this for myself, and he was not my only choice for a husband.” She claimed she had other suitors who were interested in her.

If only someone had said that in Malaysia, the requirements in Islam, for polygamous husbands to marry widows or single mothers was rarely fulfilled. Instead, the men were more likely to choose women who were younger than their youngest daughters.

Did any of the women take into consideration the feelings of the older wives and children, most of whom are abandoned by the husband?

It looks like the new Education Minister, Dr Mazlee Malik has an enormous task to educate these Muslim women, who think that being in a polygamous marriage is their religious duty.