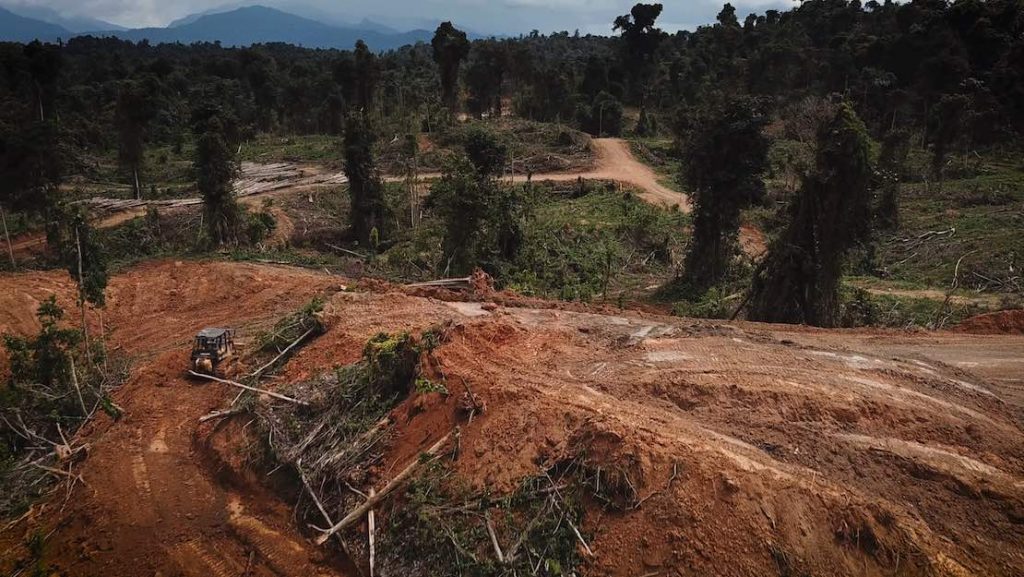 (SINGAPORE) A major Singapore bank is facing allegations of funding the destruction of tropical rainforests in Sarawak, a state in Malaysian Borneo.

According to official records, the Malaysian branch of Singapore-headquartered United Overseas Bank agreed to lend up to USD 31.775 million to Radiant Lagoon, an oil palm plantation firm currently involved in a major controversy with indigenous Penan and Berawan communities over the destruction of tropical forests in Sarawak’s Mulu region.

The charges are guaranteed by two lots of land comprising 4400 hectares of tropical rainforests in the Tutoh and Apoh land district in the immediate vicinity of the UNESCO-protected Mulu National Park.

Last month, Penan and Berawan communities staged blockades to protest the destruction of their forests over which they claim Native Customary Rights. The communities had not been properly consulted by the Sarawak state government nor by Radiant Lagoon before their forest lands were given away for logging.

The events led Malaysian Primary Industries Minister Teresa Kok issue a statement that she was “very concerned“ on the issue and that her ministry would be presenting a paper “on “stopping the oil palm expansion“ in an upcoming meeting with state leaders.

“As land is a state matter, I am counting on the [Sarawak] state government to take the appropriate measures to resolve the matter in the interest of the state, the indigenous people and our national sustainability agenda,” she said.

The Bruno Manser Fonds calls on UOB to immediately withdraw all loans granted to Radiant Lagoon. “It is shameful for a Singapore bank to fund the destruction of one of the world’s most biodiverse habitats“, the Swiss NGO said in a statement.

Mulu National Park is one of Sarawak’s major tourist attractions and has been recognized in 2000 as a UNESCO World Heritage Site for its immense biodiversity.