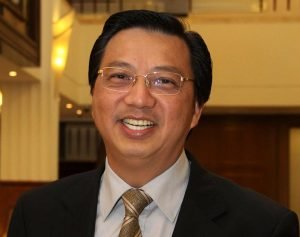 When will some ministers learn that people who break the road laws should be punished, not mollycoddled?

He does not appear keen to encourage vehicle users, and owners,  to comply with the road rules.

On 24 March, the Director-General of the Road Transport Department (RTD), Shaharuddin Khalid claimed that around 28 million vehicles had been registered in Malaysia; but that in 2017, only 19 million owners had renewed their road tax.

This means that 9 million vehicle owners have not paid their road tax. This translates to a lot of uncollected money, and is depriving the government and the RTD, of much needed income.

One month ago, Liow proposed that the owners of motorcycles and vehicles who had allowed their road tax to expire, could renew it without having to fulfil the usual conditions.

Under normal circumstances, any vehicle owner who allowed his annual road tax to lapse, would have to submit his vehicle for inspection at a Computerised Vehicle Inspection Centre (Puspakom), before being approved for the toad tax renewal.

Liow’s special programme, which lasts till the end of June, should enable vehicle owners to renew their road tax, without any questions being asked. The only stipulation is that the road tax had expired within the last three years.

Why is Liow not punishing errant road users? If they have not paid their road tax, it is possible that they have omitted to pay insurance, or fines. If they are that irresponsible, the chances are the vehicle users may not even possess a valid driving licence.

The real problems start when things go tragically wrong, such as a traffic accident in which people are maimed or killed.

If Liow starts giving concessions, road users will fail to understand and appreciate that they are responsible for the condition of their vehicles. How does Liow propose to make them accountable for their actions, should things go wrong?

At the beginning of the year, RTD’s Shaharuddin said that his department was monitoring vehicle owners from semenanjung Malaysians, who bypassed the payment system and opted to pay the road tax rates for Sabah and Sarawak, because they were lower.

Shahruddin claimed that the people who short-changed the system, by renewing their road tax in Labuan, Sabah or Sarawak, were technically breaking the law.

The road tax for vehicles above 1000cc is cheaper in these three locations, than in Peninsular Malaysia. As a result, many four-wheel drive and luxury car owners make road tax payments at these places, to save costs.

He claimed that it was difficult to enforce these luxury vehicles because they were seldom driven around on Malaysian roads. He also said that online payments made it difficult to confirm where the particular vehicles were located. 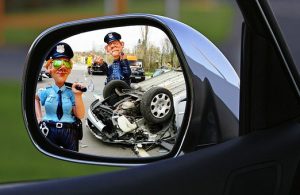 He does not appear interested in getting much needed revenue for the RTD. The money collected could be used for better enforcement, training of RTD staff, education of road users and for the general safety of our road and vehicle users.

For years, we have heard about irresponsible vehicle owners causing accidents, because the RTD officials and the police had failed to enforce the traffic laws properly. The law has not caught up with the drivers or vehicle owners who failed to pay massive fines for their unsafe vehicles, or had violated the highway code.

Does the right hand of Liow’s ministry, know what its left hand is up to?

We need strict enforcement, and not a ministry that panders to law-breakers and payment dodgers.

We want ministers who demand that RTD officers and traffic policemen are strict with people who break the law.

Perhaps, it is time, Liow was retired and allowed to return to the slow lane. Kick him out at GE-14.