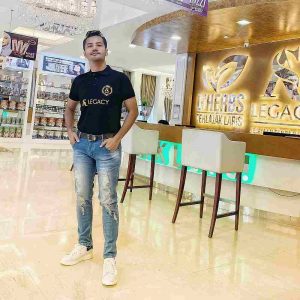 Some Malaysian parents have the bad habit of exploiting their children to express their anger, or to promote an indefensible behaviour. The irresponsible parents range from daughters of politicians, to the latest instagram clip, of Aliff Syukri, boasting about caning his nine-year old daughter, in the name of religious piety.

You may recall that last October, Nurul Hidayah Zahid, the daughter of the former disgraced Home Minister, Zahid Hamid, uploaded onto Instagram, a 28-second-clip of her daughter, defending  her grandfather. Zahid had been arrested by the Malaysian Anti-Corruption Commission, for a total of 45 charges involving criminal breach of trust (CBT), corruption and money laundering. 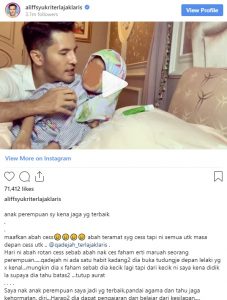 He is nothing but a conceited, arrogant, self-centred child abuser

Two weeks ago, it was the turn of the ego-centric, self-aggrandising and arrogant cosmetics company owner, Aliff Syukri. On 24 April, he uploaded onto Instagram, a clip in which he boasted that he had caned his daughter for removing her tudung in front of strangers.

The caption read,  “Today, I hit her with a cane because I want her to understand the meaning of a girl’s dignity.”

Is he aware that there is nowhere in the Koran that says women have to cover their heads with a tudung?

Has Aliff a serious personality disorder? He is a bully for caning his 9-year-old daughter, and telling everyone on social media, that he wanted to teach her a lesson about preserving her aurat. (protecting her modesty).

No decent and humane father would do that. Perhaps, Aliff deserves a good hiding to instil some courtesy and humility in him for trying to show the world, that he is a devout Muslim. At best, he is a sanctimonious Muslim, or munafik.

The wrong messages being sent out

Why must Aliff embarrass and humiliate his daughter in this manner? He strikes people as an attention seeker, who believes that he has done something very noble and must boast about it.

As a supposed “seleb”, what message is he sending out?

What is he teaching his daughter and other children? That it is OK to use violence? When she grows up, will she also start using physical force to discipline others.

When her hair is accidentally shown, will Aliff use more force on her? Where will it all end?

What happens when she is a teenager and the video clip, is produced to taunt her (cyber bullying) or humiliate her? How would she feel then? What is Aliff going to do, beat the people who posted the clip, that he had stupidly uploaded on Instagram, years earlier? 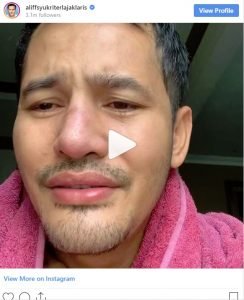 Mind your own business

When slammed by the public, for his insensitivity and cruelty, Aliff went on the defensive and warned concerned Malaysians that they should “mind their own business”.

Again, he is very misguided. Malaysians have a right to voice their concerns.

In the past, most people closed one eye to physical and sexual abuse of children. The days of keeping quiet are over.  A man who boasts about physical mistreatment and is unchecked may feel emboldened and strike again.

What will his daughter be punished for next? For lifting her eyes to look at a stranger? For a strand of hair that is showing under her headscarf?

Probably conscious that some of the people who objected to his behaviour may boycott his products, and cause a drop in sales,  Aliff shed some tears, again on Instagram, and claimed that he merely wanted to be the perfect father.

He said, “What is my wrong? I only wanted to be the best father to Cess (his daughter Qadejah El Zahra). I am a normal human being.” (sic) 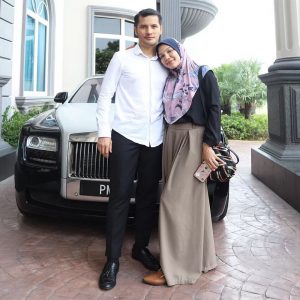 Equally shocking was the reaction of his wife,  Nur Shahida, who defended her husband’s actions. Instead of putting a stop to the physical abuse, she blamed her daughter, the victim, for being like her father and having a flair for theatrics and being “dramatic“.

Nur Shahida sounded as inconsiderate, and as insensitive as her husband, when she described the scene of her husband applying the ointment to their daughter’s back. She claimed her daughter was crying, “not because she was in pain, but because she was surprised that her father was doing so.” This is highly unlikely.

When mothers and wives are in denial, and condone the use of physical violence, society has much to worry about. Does Aliff get angry easily? Behind the Rolls-Royce, and the veneer of success, is Aliff someone who does not tolerate dissent in his family? 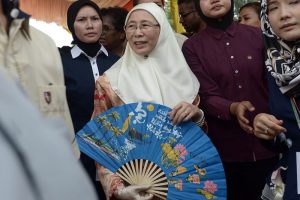 The response of the Deputy Prime Minister (DPM), Wan Azizah Wan Ismail, has been equally disappointing. Her reaction reminds us of the time she did not immediately spring to the defence of children, in the child marriages scandal.

Wan Azizah claimed that, after a visit by the Social Welfare Department, Aliff’s daughter did not appear to have suffered either physical or psychological harm. She said that there was no negative effect on the child, but added that they would refer the case to the hospital.

Why refer the case to a hospital, if no harm was done?

Was a child psychiatrist involved in the visit?

Perhaps, the DPM would like to remind herself of the violation of the child’s right to privacy. Aliff’s actions are damaging to his child’s psychological well-being. He admitted caning the child on video. His actions are in contravention of the Child Act 2001.

Various NGOs for children were right to demand that Aliff’s child be put into protective custody. This case must be pursued further.

How would Wan Azizah have reacted if it was a non-Muslim parent involved, and there was no removal of the tudung to be angry about?

How would Wan Azizah have responded if the father who caned the child, was not a celebrity but an ordinary person, or a poor man?

The man may be an attention seeker, but that is no justification for caning his child. The next time another adult beats his child black-and-blue, he may say, “I was just seeking attention.”

The nasty side of Aliff

Malaysians are aware that in some high-profile domestic violence cases, the investigations are effectively scuppered, when the head of a business empire gives a hefty donation, or provides essential equipment, to the law enforcement agency and Welfare Department.

Far from showing business acumen, Aliff exposed a nasty side to his character, when he said, last week, “Actually, I planned to introduce a new product, so I decided to use the cream. I didn’t think it would result in all this.”

So was the clip, in which he admitted caning his child, part of a grand hoax to publicise his product?

If that was the case, Aliff should be charged with exploiting his child for profit. A child is not for exploitation.

Malaysians should show their disgust & displeasure by boycotting Aliff’s products.