Yin urges the PH Government to remove all obstacles that divide the people.  Rebuilding Malaysia can only be done from the ground up.

He says, “It’s hypocritical for the government to talk of Bangsa Malaysia yet the National Registration Department will not register a child  under Bangsa Malaysia. They demand the child’s race and religion as stated by the parents.”

His suggestions are below. See you agree. 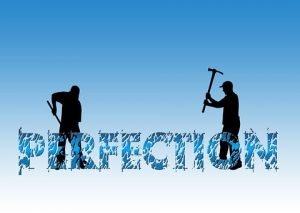 Yin: While the foundation laid in 1957 is strong we have to get rid of the rotten structures (read policies) that have been added on in subsequent years.

1. Get rid or racism

Get rid of racism in whatever disguise. Successive governments have called it ‘affirmative action’ (whatever acronym they use) but affirmative action is colour blind. It helps the have-nots irrespective of race. What successive UMNO/BN Governments have done (and Mahathir presided over 22 years of it) is to practise institutional racism. It declared that bumiputras entitled to special privileges – irrespective of their economic status.

So a rich Malay is entitled to discount in house purchases (even if he has already got one), his children are entitled to scholarships and so on and so forth. Where is the social justice in this?

Firstly it means there will be less for those Malays who really deserve help. Secondly just because they have the wrong colour skin poor Indians and Chinese cannot get help.

Affirmative action should be ruled by a means test – not a skin colour test. 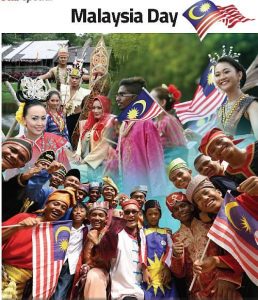 The Malaysia Day edition of the Star has young Malaysians from every ethnic background saying that they want to be considered Bangsa Malaysia and they do not want racism. This is most encouraging.

So perhaps one of the things the PH Government should do is to remove all obstacles that divide the people.

It’s hypocritical for the government to talk of Bangsa Malaysia yet the National Registration Department will not register a child  under Bangsa Malaysia. They demand the child’s race and religion as stated by the parents.

Ask Hannah Yeoh (Deputy Minister for Women, Community and Family Development –she spoke  about her experience.(Star 16/9/18).

Government forms and indeed even forms in the private sector must not have a section for race and religion. This is the first and easiest step the government can take. All it needs is the political will to do it.

But then Bersatu has openly declared that it is focused on protecting Malay interests. Mahathir wants to continue with Bumiputraism and all that it entails. In this instance PPBM is no different from UMNO.

DAP has campaigned for over three decades for a Malaysian Malaysia when in Opposition. Now that they are in government what are they going to do about it? 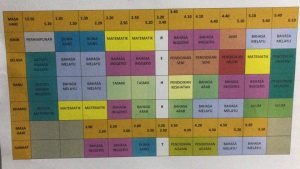 Entry to universities and colleges should be based on merit. And those leading our universities should be chosen on merit so that we have first class institutions. Choosing our vice chancellors and promoting deans on the basis of race and religion is no way to lift the standard. And admitting students who are unsuited for university (whatever the race – not everyone is academically inclined) is no way to produce quality graduates.

We have to compete with the outside world and unless our young are well trained and qualified how can we compete.

Bring back English medium schools. While Bahasa Malaysia is important we must recognize that unless we are English Language proficient we will be left behind – it is the language of technology and commerce.

It’s interesting that in an interview with some East Malaysian young adults (as reported in the Star 16/9/18) their West Malaysian counterparts asked why their (the East Malaysian) English is so good. They have English medium national schools, that’s why! Then why not in West Malaysia?

We must not let the Malay Language chauvinists dictate our education policies.

And if schools are also a place where we nurture future Malaysians then we need to relook our curriculum especially in History. Let it be factual and not fabricate history – slanting it to suit a particular political view point. And if we want our young to understand each other’s culture then we must encourage mixing in schools. Exclusively single race schools open up to all races. 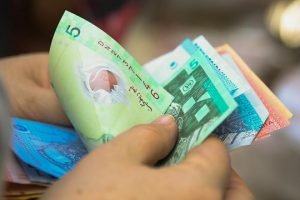 This RM50 increase in the minimum wage is ridiculous. Waiters get more than that in tips.

We cannot continue to exploit our workers and take the side of business. We cannot continue to rely on foreign workers. We need to upgrade our workers’ skills, invest in equipment and add value to our products. This race downwards on low wages only benefits big business. When Malaysia becomes uncompetitive these businessmen will move on to another low wage country and where will that leave us?

Even China is moving up the food chain, paying their workers a decent wage and adding value to their exports. And we give our people a measly RM50 ‘pay rise’.

I am surprised that DAP which is supposed to be a socialist party (the Minister for Manpower is from that party) has not fought for the workers.

Let’s get back to the secular Constitution of 1957. Let’s have genuine freedom of religion without encumbrances to other non-Muslim faiths. Over the years the state has made it more difficult for other religions in getting permission for building new places of worship, they face discriminatory regulations which favour Islam (ref – The Journey of the Catholic Church in Malaysia – Maureen K. C. Chew JC). And then we have the “Allah” issue (we have become the laughing stock of other Islamic countries). Missions schools were discouraged from showing the symbols of their religion. And anything that hints at a cross is forbidden on the grounds that they confuse the Malays. All of this contradicts the spirit of freedom of religion. 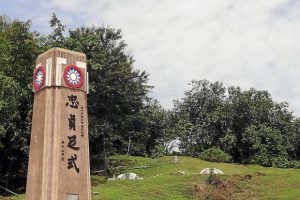 Embrace diversity, not just in name. Successive UMNO/BN Governments have tried to insist that the non-Malays assimilate. They are not content with integration. The government had tried to impose a National Culture based on the Malay Culture and in which Islam must be a key element. Under the National Cultural Policy, Lion Dance was banned.Non Muslim and non indigenous dances were not allowed to be performed by students in school. There were other actions that disregarded the culture and history of the non-Malay Malaysians. Probably the most famous was the Bukit China Controversy where the Malacca Government tried to level the centuries old Chinese Cemetery in 1983 which in fact was a symbol of the friendship between the Malays and the Chinese when Sultan Mansur Shah gave it to the Chinese in the 15th Century.

Mahathir and Anwar Ibrahim were fierce proponents of this National Culture.

Mahathir stated the government’s position on 23/12/82 when he said “ . . . unity and stability should be built through . . . one culture that is based n the culture of the indigenous people of Malaysia” (Asia Week 7.1.83 –The Malaysian Civil Rights Movement, Kua Kia Soong).

Anwar Ibrahim (then Minister for Culture) was not far behind when he said in parliament on 29/7/83)“ . . . this means that the policy on national culture cannot be raised”  (NST 30/7 83 – The Malaysian Civil Rights Movement – KuaKia Soong)

How do we build a multicultural society if we forbid some of our citizens to practice their culture? What happened to Malaysia Truly Asia?

In The Straits Times (ST 18/8/71 – The Malaysian Civil Rights Movement – Kua Kia Soong) commented: “Malaysia’s multi-racial society cannot be forgotten in deciding the country’s national culture . . . To the rich base of our indigenous cultural heritage we must add beneficial, invigorating elements from other cultures that have come into our country”. The paper opined that “Culture does not lend itself easily to guidance or legislation”.

So now we wonder if the same two proponents of assimilation will work for a truly multicultural Malaysia – discarding the racial and religious perspectives they displayed in exchange for a Malaysian perspective on culture. 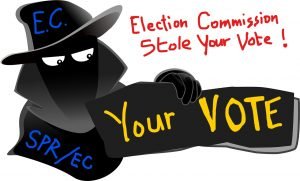 A truly representative and transparent electoral system, where the value of every vote is the same.

A genuine separation of powers between the legislative, judiciary and executive. That means an independent judiciary and an executive which serves the government of the day.

These are the corner stones of a true Malaysia, a nation of of diverse cultures and religion. A country of many peoples but one nation – progressive, prosperous, inclusive, and fair to all; which will look after the less fortunate in our society irrespective of race or religion.

This is the Malaysia we want. We hold those we voted for in GE14 to this.

(The views expressed are those of the contributor.)