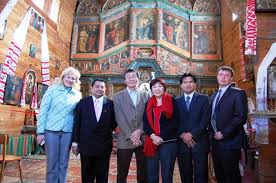 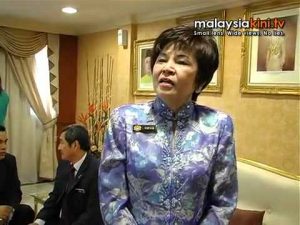 In March 2012, the erstwhile Tourism Minister Dr Ng Yen Yen announced that around 4,000 taxi-drivers in the Klang Valley would become “tourism ambassadors”. She would corroborate with taxi associations, and choose non-smoking taxi-drivers with adequate communication skills, whose vehicles were clean and in good condition.

She said, “Taxi drivers, as the front line staff (front liner), often interact directly with the tourists, must provide correct information and keep the country’s image. This is very important due to an increase in tourist arrivals.”

Her ministry had received numerous complaints from the general public and tourists, mainly about the drivers’ attitude and the taxi-meters.

A few months earlier, in September 2011, the then Minister in the Prime Minister’s Department Mohamed Nazri Aziz said that his government would tackle corruption by working with the Malaysia Anti-Corruption Commission (MACC) and engage taxi-drivers to be their “spies”. Taxi-drivers would be rewarded for information which could help secure arrests and convictions.

Nazri said, “The involvement of people from all walks of life is important in fighting corruption…Taxi drivers are those who frequently interact with the public, they can get a lot of information from their passengers.”

He told taxi-drivers who suspected their passengers of wrongdoing to “immediately take the passengers to any MACC office and lodge a report”. 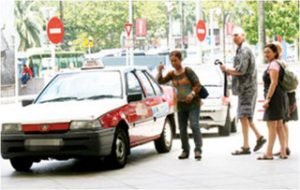 In April 2012, the erstwhile Information, Communication and Culture Minister Rais Yatim also urged taxi-drivers to “act as the government’s ambassadors.”

Rais told taxi-drivers to spread government propaganda and spread the ‘1Malaysia’ concept to passengers who were especially “critical and accused the government of all sorts”. He reminded them that the government had “safeguarded their welfare”, and given them aid so they should be “grateful for the government’s mindfulness”.

The government ministers however, failed to mention the customers and their expectations. Few of us claim to be satisfied with the service given by taxi-drivers.

One Malaysian who returned to Ipoh from Australia said, “When I landed at KLIA I took the bus to Ipoh. The coach was clean, the driving good and my baggage was well taken care of. On arrival at Medan Gopeng, I had to haggle with the taxi-drivers. Was there a conspiracy amongst them? No one wanted to use the meter. When I suggested a price, the other drivers would egg the driver to charge more.”

“I know how much the fare should be. It was obvious from my luggage tags that I had returned from overseas. I ended up paying an inflated price which was a few ringgit short of the whole bus trip from KLIA.”

“The boot had no lock and the lid wouldn’t close. My suitcases were at risk of falling out. When I protested, the driver assured me that he would drive slowly, and look into his back mirror, every so often, to see if my luggage had fallen out.”

Another taxi-user said, “In many countries, taxi-drivers use the meter. In Malaysia, you are at the mercy of the taxi-driver. The drivers get angry when you ask to use the meter. The more arrogant ones tell you off. Either walk or get into their taxi.

“What happened to monitoring and enforcement? What are the authorities doing about improving the services of taxis?”

An elderly lady from Taman Meru said that since her husband died, she has had to rely on taxis to ferry her to the clinic for her monthly check-up and medication. “I am lucky because my neighbour’s friend, a taxi-driver, provides me with a regular service. Prior to that, all the taxi-drivers refused to take my wheelchair in the boot.” 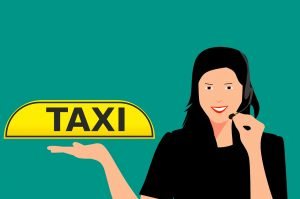 Tourists, too, are at the mercy of Malaysian taxi drivers. One Swiss girl said, “The lack of meters is nothing compared with the knowledge that your safety is compromised. Taxis are poorly maintained bone-shakers. Seat-belts rarely function. When I told the taxi-driver, he said to drape the belt over my shoulder so that the police would not fine me. Trying to pretend I am strapped in, is the least of my problems!”

Her companion echoed her sentiments and said, “Taxis here are heavily perfumed. If it’s not the crazy driving, whizzing round corners, and sudden braking, then the sweet sickly scent is enough to make you throw up. Perhaps, the car-freshener is to mask the vomit of previous passengers.”

“Your olfactory nerves aren’t the only ones affected. Taxi-drivers here must play loud music from a radio station that is completely alien.”

Malaysians only want safe driving from taxi-drivers who take good care of their vehicles and whose aim is not to fleece the public.

They are not concerned whether taxi-drivers make good tourism ambassadors or spies for the MACC. All they want is good, efficient service and an enforcement body that regulates and monitors the taxis efficiently.