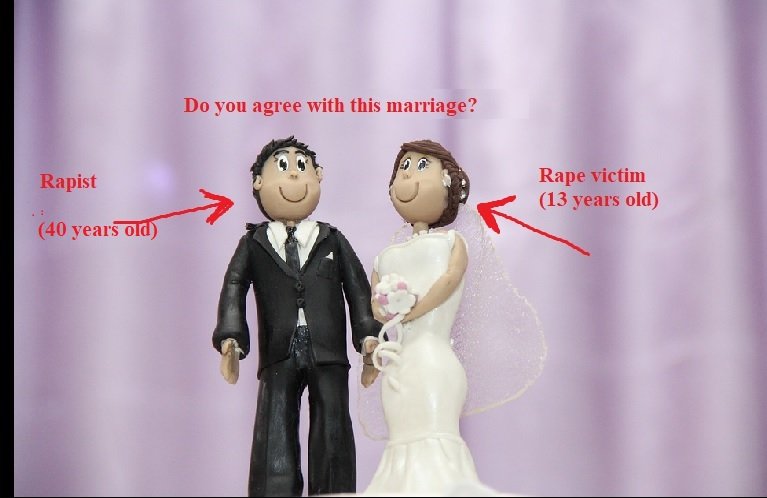 Life is not black and white, and however much one tries to understand the Woman Minister, Rohani Abdul Karim, who said that the 12-year old rape victim, who was married-off to her rapist is doing fine, no-one, in their right mind, can truly agree with her. In fact, we find her remarks to be offensive and repugnant.

Does Rohani know the psychological and physical trauma that rape victims go through? A girl who has been “taken” by force may suffer bruises, tears and damage to her internal organs, never mind the mental torture of being sexually violated against her will.

If her rapist had a sexually transmitted disease and passed it on to her, her health is at risk. Her young body, especially her pelvic area, is not ready for childbirth.

If the Woman Minister, has no doctor friends, I can recommend that she speaks to various doctor friends of mine, and other medical staff, who have had to counsel and treat child rape victims.

They will relate horrific stories of young girls who become shadows of their former selves. They lose all self confidence and are fearful of venturing out of the home, without the safety and comfort of their parents.

A child who is raped has her future robbed from her. She cannot return to her former school and pretend that nothing has happened. If she had to stay away to go through pregnancy, what sort of a life is she saddled with? She is a child herself, but now has to play the role of mother.

She will be aware that other children will call her a tainted and fallen woman. behind her back. Young girls can be cruel creatures. Moreover, the parents of her former friends, may not want their daughters, or sons, to associate with her, at school.

Her education will be curtailed, and without a decent education she will have no skills to improve her life. Her rapist may repeat his crime against other young girls, and marry them, too. No woman wants to be in a harem of her rapist’s other conquests.

What if her husband tires of her, as his marriage to her was not based on love, but to escape prosecution? What if he discards her for another woman? As an uneducated and unskilled woman, her future is bleak. Who will take care of her children, if she has any, whilst she goes to school, or work?

One is sure that if Rohani had a daughter, she would want her  to marry someone from a good family, who is strong and healthy, who is hardworking, not a wife beater, nor a drunkard and most certainly not someone who is too lazy to go out to work, nor a criminal or a rapist.

Counselling is not a panacea for the rape victim. Whilst we are at on the subject of child rape, why did this girl receive counselling, whereas the Penan women and girls, who were raped in 2008, denied support?

Rohani’s irresponsible attitude shows that she is not fit to be the Minister for Women, and Family Development.

The Minister may claim that she is not advocating paedophilia, but her remarks give out the wrong message.

She should either resign, or be sacked. She should also apologise to all Malaysian women.