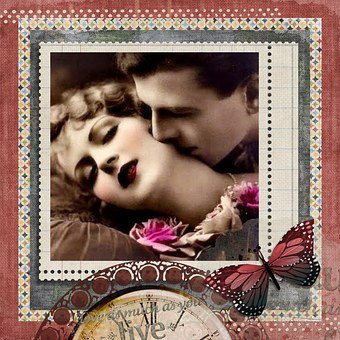 Women who are lonely, who are recovering from a broken relationship, who are under pressure by their parents to get married, who live on their own and when they get older, suddenly feel the urge to have a companion, all have one thing in common. They are vulnerable.
In the first quarter of 2017, 200 people every month fell victim to romance or parcel fraud scams. The losses amounted to around RM24 million.
The police have warned us about these con men, but some of us continue to fall for the slick talkers, who the police claim are  “experts at manipulating victims”.
Today, it was reported that a 77-year-old woman from the United States was robbed of over RM1 million in an apparent scam involving romance.

The woman had met an individual, on social media who claimed that he was a construction tycoon. After exchanging passionate emails, she flew out to Malaysia, to meet him.

Last Sunday, having arrived in Malaysia, she checked into a hotel in Puchong and was robbed of her luggage and travel and identification documents.

The woman went to the American Embassy, where she was asked to lodge a report with the police. The police raided an address in Setapak, and arrested two African men who were in their late twenties and early thirties, who had come to collect the money package.

The two suspects were discovered to have held student visas since 2015.

Would you invest in a business you know very little about,  halfway across the world?

Would you trust someone with your hard-earned cash, and your feelings, even thought you have never met him?

Even if you had met him, would you still give your money and your heart, to someone whose family background including his own, you know nothing or very little about?

Do you think that the photo which he showed you via email or FB is actually him? Are you extremely gullible? The fraudster is involved in “catfishing”, where they post photos of attractive people, which are sourced from the internet.

The sad story above, involved conmen who tricked a lonely old woman in America, to visit Malaysia. Despite having deposited money into her lover’s account, she was also told to bring along more cash, as she had been persuaded that she could double her money by making further investments in her lover’s business.

In Malaysia, many vulnerable Malaysian women have been tricked into giving money to their internet lovers, whom they may think are in America or Europe, but are actually somewhere in Malaysia.

The gullible women fall for the romantic talk. They believe that the men who boast about their successful business dealings, also want to marry them.

In most, if not all the cases, I know about, these women handed over their life savings, whilst some are forced to sell their jewellery, even their homes, to pay their online lovers.

The bottom line is this, the expert manipulators have successfully tapped into the greedy vein of the women. They did not know anything about their lover’s business, but they still went ahead and gave money, because they were greedy and wanted to “double their investment”.

The women may have been vulnerable, but do they have to act foolish? If the offer sounds too good to be true, it normally is.  Why not consult their close friends or family members, first?

In the end, the women lost more than just the money.