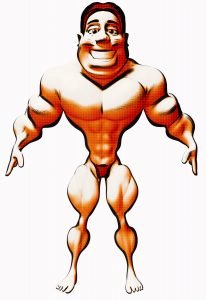 Did you know that in 2012, the self-styled First Lady of Malaysia (FLOM), Rosmah Mansor, and former British PM, David Cameron, shared one thing in common; their presence at sporting events was unwelcome.

When Cameron watched British sportsmen compete or sent them â€˜good luckâ€™ messages, they went on to lose their events. The â€˜curse of Cameronâ€™ filled them with dread.

After the Thomas Cup loss (2010) and London 2012 Olympics badminton final, was Rosmah aware that people beleived she was jinxed? In some circles, she was allegedly called â€˜Rosmah the Jonahâ€™?

In 2012, Rosmah also made a mockery of her husband, PM Najib Abdul Razakâ€™s declaration: â€œWe hear your problems on the cost of living.â€

How did she mock him? Her decision to fly to London to support Lee Chong Wei, Malaysiaâ€™s most hopeful 2012 Olympic participant, sparked an unprecedented amount of criticism.

Her last-minute gesture of support did not appear to be genuine and her trip to London was badly judged, ill-timed and seemed self-serving.

In addition, her comments, in a mainstream paper, had annoyed many people: â€œHe (Chong Wei) is like my own son. When he got through to the finals, I told my husband that I am going to London to fulfil my promiseâ€¦Chong Wei always phones me before he plays an important game.â€

Rosmahâ€™s acquaintances claim that she is a good and lively badminton player and that her â€˜petiteâ€™ physique hides her agility on the court.

Whether or not her opponents are involved in their own form of â€˜match-fixingâ€™, i.e. to allow her a win, is another matter.

Politician’s wives are also capable of scoring brownie points for their hubbies.

As the patron of the Badminton Association of Malaysia, Rosmah has every right to offer our badminton players support; but she only flew out to bask in the limelight that would shine on him, if he won the gold medal.

Why should Rosmah be allowed to steal the thunder from Lee? Why did she have to add to his mental and physical pressures, and the sheer stress of having to live up to the expectations of a nation watching his every move, thousands of kilometres away. Why distract him?

In 2012, Najib told the press in Pekan that his wife was accompanied by the erstwhile DPM’s wife Norainee Abdul Rahman.

The rakyat would like to know how much they paid for the FLOM and her entourage.

Had Lee won the gold medal in 2012, photos of the beaming Rosmah and the victor would have been incorporated into election posters.

Had he lost, there would have been photos of Leeâ€™s most compassionate supporter consoling him.

One other nasty Malaysian trait of our politicians

The politicians appear to show recognition only for sports personalities who are â€˜Datuksâ€™ and celebrities.

When Pandelela Rinong competed at the London 2012 Olympics, few senior politicians or their wives were at the poolside (unlike their unmistakable presence at Chong Weiâ€™s badminton event).

After Chong Wei’s event, the “high powered” entourage returned home. They did not stay to support Pandelela in the diving event.

As soon as Pandelela won an Olympic bronze medal, the stampede of politicians and their wives, would have been the first to congratulate her. They could have earned a gold medal in the 400 metres relay.

Today, she has become a household name, and the politicians are like vultures, circling above.

Sadly, our sportsmen are unwittingly being used as propaganda tools for Umno-Baru, in the lethal mix of politics and sport.

Their requests for financial help, during training, are ignored (Terengganu, Perak) . As soon as they win medals, the excuses why the help was not forthcoming, come thick and fast.

No politician will avoid the photoshoots at the athletes’ welcoming home ceremony, when they return to their hometowns.

Best of luck to the Malaysian team in Rio de Janeiro. We are all proud of you!