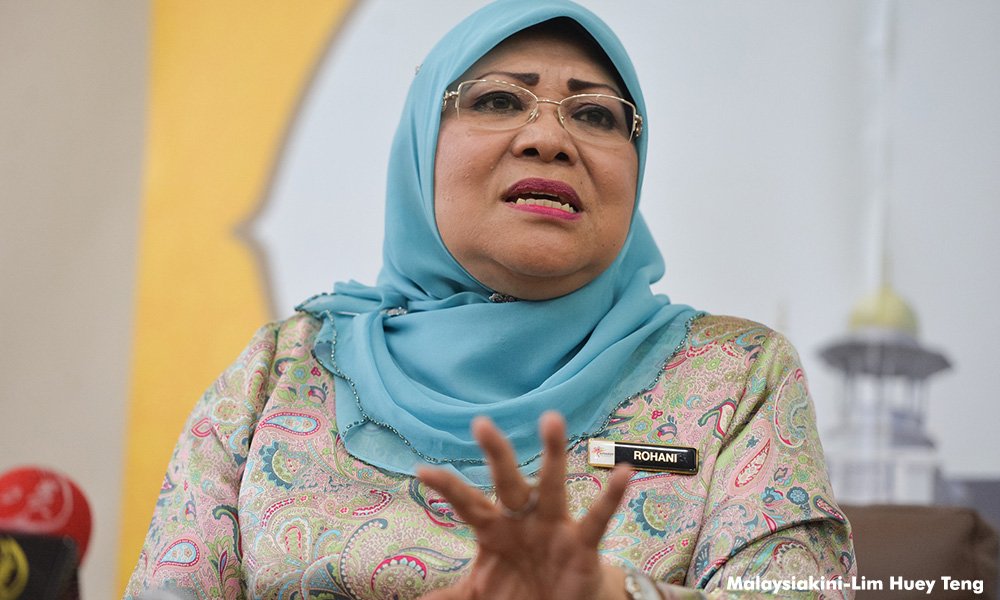 Yesterday, Malaysians were shocked to read the remarks of the Minister for Women, Family and Community Development, Rohani Abdul Karim, who said that the 12-year-old girl who married her rapist in 2013, was in good health and wanted to look for a job.

In her written parliamentary reply to Teo Nie Ching, the DAP Mp for Kulai, Rohani said, “She is now 16 years old and lives with her parents since her husband is in jail.

“She is still the wife to Riduan Masmud and visited him at Kepayan Prison Kota Kinabalu in January 2017.”

The case of Riduan, a restaurant manager from Sabah, shocked Malaysians and the international community. The rapist is currently serving a 12-year jail sentence for committing statutory rape. He has four children and to escape prosecution, he took the girl as his second wife.

Rohani said, “She is comfortable living with her parents and help her mother to take care of the children of her siblings.

“She intends to work in the future so she could be self-sufficient.”

Is Rohani a mother? If she has no children of her own, does she feel no anger if her younger sister or her niece, were to be raped and then married off to the rapist?

Does Rohani not see anything wrong with her statements?

Rohani said that the ministry had provided counselling and advice to the girl.

Why should a girl be married off to her rapist? Does dignity and shame not mean anything to the minister and her advisors?

The girl’s humiliation is made complete, by the state, for allowing this marriage to take place. It is disgusting and shameful that the Minister did NOT stop the marriage from taking place.

Counselling denied to the Penan girls who were raped in 2008

Why were the Penan girls who were raped, in 2008, not given counselling and financial help to bring up the children they conceived after they had been raped?

The welfare officer who visited the minor, in March 2014, claimed that she was ashamed by the wide media coverage of her case and was reluctant to return to school.

Rohani also claimed that the officer who visited her in May 2013, was told that the minor had agreed to marry Riduan.

A 12-year-old may have the body of a mature woman, but her mental capacity and ability to know what is right or wrong is not yet fully developed.

Rohani is foolish to think that the girl had agreed to marry her rapist, not with the intense media, family, societal pressure and wagging tongues of her community.

Rohani has performed disgracefully, she should resign or be sacked.

JAKIM does not deserve its RM1 billion budget. Raped Muslim children do not receive justice.

Syariah laws which allow rapists to marry their victims should be changed.

It is about time Malay/Muslim women took charge of their lives and stopped bumbling ministers, and male clerics from deciding their futures.